The monuments of the national mothers of socialism were built after World War II, and give a fascinating account of the ideals of socialist womanhood and the entanglement of nationalism with socialism.

They look upon Tirana, Kiev, Volgograd, Yerevan, and Tbilisi, and sometimes tower over cemeteries or commemorations of the heroes of the socialist motherland; they are sometimes dynamically fighting and other times solemnly protective; gray, white, or shining and metallic, they are the proud national mothers of the socialist period.

The mother statues wed the distinct, supranational socialist ideology of the Eastern Bloc with specific nationalist fervour and myth. They include Mother Albania (Nëna Shqipëri), the Motherland Monument in Ukraine (Батьківщина-Мати), the Motherland Calls in Russia (Родина-мать зовёт), Mother Armenia (Մայր Հայաստան), and the Mother of Georgia (ქართლის დედა). These monumental personifications of mothers as countries or of countries as mothers allow us to explore some of the main features of the idealized socialist woman and how she was portrayed by socialist realism. Built after World War II, from 1958 (Mother of Georgia) to 1981 (the Motherland Monument in Kiev), these sculptures give a fascinating account of the intermingling of nationalism and socialism in the communist period.

The socialist woman was primarily a working mother. She was married to a working husband, whose character as a father was not nearly as distinct as that of the mother. Thus socialist venerated motherhood as much as women’s crucial contribution to labour.[1] The upbringing of the new generation of socialist-minded people was one of women’s core duties, and this was seen as a duty towards both society and the motherland. Moreover, the ideal socialist woman was simple but forceful, hardworking and devoted to the family, equal and liberated, but not through bourgeois feminism – she was a voter and often a member of parliament or of the nomenclature, all the while over-fulfilling her quotas in the fabric industry, factories, and heavy industries. She was so equal to men in this regard that her mere representation as too feminine, through looks or behaviour, would signify a deviation from the ideal of the devoted socialist woman.

Socialist realism, which held the monopoly on art in the Eastern Bloc during this period, made sure to faithfully stand by this standard and reinforce it by portraying women as very similar to men in their looks and behaviours, while both sexes lacked an erotic dimension. As Mazierska and Ostrowska put it, “the asexuality of socialist realist heroines is usually conjoined with their masculinization.” Thus women in socialist realist movies, paintings, and sculptures were portrayed with androgynous or masculine features and strong voices and gestures that signified their devotion to serving the motherland. The archetypes of the socialist mother and the masculinized woman help us grasp the full symbolism of the statues of the National Mothers.

Although invariably dressed in long dresses, these female sculptures hardly evoke traditional femininity. It could be argued that the Mother of Georgia is the most feminine in terms of face and body shape, and that the Motherland Calls in Russia has very distinct feminine stature and visible female body parts. Nevertheless, as with the other sculptures, these women have especially strong arms and hands and sometimes androgynous necks and facial features. They portray a particular fierceness, with the Motherland Calls in Russia, the Motherland Monument in Ukraine, and Mother Armenia having the most distinct aggressive looks in this regard.

These two lenses of the socialist mother and the masculinized woman help in explaining part of the heroic symbolism of the sculptures. The other part is to be found in their very peculiar patriotic dimension. The Second World War represented a moment of both sacrifice and pride for the USSR and the veneration of the heroes of the war, who fought against German fascism, became pivotal to the post-war socialist discourse. Similarly, in Albania, the struggle against fascism was the very reason why partisan forces emerged to fight the occupiers and consequently formed the Party of Labour of Albania (PPSH). The Motherland Calls in Volgograd, the Motherland Monument in Kiev, Mother Armenia, and Mother Albania are all guarding or standing above museums and cemeteries that commemorate the many sons (and few daughters) that died in WWII. The only mother that exclusively watches over a city is the Mother of Georgia. Her “national” dimension is even more distinct as it was unveiled in 1958, when Tbilisi was celebration its 1,500th anniversary, thus centralizing her Georgia-ness, compared to the other mothers’ socialist patriotism.

It is for both their socialist and patriotic beliefs that these women are all on their feet, sometimes mid battle. These mothers are militarized rather than nurturing. The most combat-ready of all is the Motherland Calls, who is evidently in a fighting position with her rising sword in hand, shouting for her children to join her in battle. The Motherland Monument in Ukraine looks victorious while holding up the sword and the shield. Mother Armenia and Mother of Georgia also have swords but they keep them down in front of their bodies in a protective position. Mother Albania is “armed” only with a laurel wreath holding the socialist star against the wind – faithfully personifying a country that to its communist officials was “a shining lantern on the Adriatic coast”.

As these sculptures combine what looks incompatible at first – personifying a national symbolism during the socialist period – they aptly demonstrate the systemic veneration of nationhood and patriotism during socialism. A similar dualism is perhaps best represented by the Mother of Georgia: a sword in one hand to fight those who come as enemies and wine in the other to welcome those who come as friends.

And while other “purely” socialist statues lost their raison d’être with the end of communism, as my favorite editor recently noticed, these mothers outlasted socialism because of their linkage to the idea of the nation and the motherland. And this ability to survive is perhaps best demonstrated by Mother Armenia, who extended her protection to the children more recently fallen for the nation, given that along with the exhibition about the Armenians who fought in WWII, the military museum now has an exhibition on the Nagorno-Karabakh conflict.

But there is still something socialist left about them. If when built they were the “national mothers” of socialist countries, today they are the “socialist mothers” of nations.

[1] See Ashwin and Schwartz.
Liked it? Take a second to support Balkanist on Patreon! 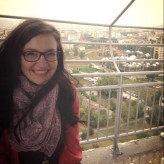 Sashenka Lleshaj is interested in most things that go on in the Balkans and the South Caucasus, from political discourse to identity politics and social movements. She graduated with a Master’s in Russian and East European Studies from the University of Oxford and she is currently living and working in Tirana.