It’s the afternoon of July 4 in Skopje, the sun prickles the skin and residual tear gas scratches at the eyes. Two young men, their faces red raw with the aftereffects of gas, sling their friend’s arms over their shoulders as they help him hobble, shin bandaged from a wound of unknown origin, most likely one of the thousands of rubber bullets discharged by Macedonian special forces police, who were out on the streets of Skopje with the force and militarization of an army laying siege.

This is not even the frontline, an ethnic-Albanian plain-clothes detective embedded with the protesters tells me; that is two kilometers away, past innumerable and unpassable police cordons. The same cop — prior to stating his profession or showing his badge — pulls a silver, heavyweight handgun from his waistband: “This is a war.” He says. Are there lots of guns on the streets today? I ask. “Yes, lots of guns.” This is when he flips his badge. Does he think the protesters have guns too? “Of course.” No, I cannot take his photograph.

No one wants their photograph taken. We are on a sidestreet in an Albanian neighbourhood bordering Skopje’s city center. The street is full of angry young men, many with their faces hidden under t-shirt balaclavas. Less than 10 meters away the street is blocked by riot police. “We have a problem, they’ve taken one of our guys,” a protester tells me.

To get to this point I’d followed the thud of tear gas cannisters north from Mavrovka shopping center. The louder the explosions got the more debris covered the road. Broken beer bottles lay scattered in green constellations under every step, interrupted only by burning dumpster barricades.

The road was empty but the sound of battle — and it was battle — could be heard from the unseen distance. As the noise grew louder the number of armoured police vehicles speeding through the carnage grew higher. However many sidestreets I ducked down to avoid the police cordons, the core of the fighting was always streets away. Women and children peered petrified from behind doors and window shutters as their brothers, fathers and sons mobilized united to keep a militarized police force from entering their neighbourhood. Amid the chaos, the scent of tear gas in the air, old men sat pensively by the fountain in the garden of a mosque.

This is the second time ethnically charged riots have erupted in Macedonia’s capital in as many months. The first time, the alleged stabbing of an 18-year-old ethnic-Macedonian boy by a 19-year-old ethnic Albanian sparked two nights of violent protests in the neighbourhood of Gjorce Petrov by ethnic Macedonians, over the course of which numerous Albanian-or-Muslim-owned businesses and homes were burned, pelted with stones or otherwise vandalized.

This time around it is Albanians taking to the streets. Ostensibly, they are protesting against the controversial verdict of the trial which was dubbed the ‘Monster Case’ by the Macedonian press and judiciary. On June 30, 2014, a Skopje court handed down life sentences to six out of seven Albanians accused of the execution-style murder of five Macedonians in 2012. The prosecution framed the killings as an act of Islamic terrorism.

“They say we are terrorists, we are here to show them that there are no terrorists here,” says one protester who asks to be identified as “Abu Malik”, a name shared by a now-deceased commander in Syria, described by some commentators as “The Bin Laden of Syria”. “Syria, Syria, this is Syria now,” a group of protesters surrounding ‘Abu’ tell me over and over.

Between the chants of “Syria” ‘Abu’ explains to me that their anger is not directed towards ethnic Macedonians, rather at the politicians claiming to represent Albanians in Macedonia. In particular ‘Abu’ spoke repeatedly of “dirty bastard” Ali Ahmeti, president of the Albanian DUI party. The DUI — a direct descendent of the National Liberation Army, which fought against Macedonian security forces in 2001 — has been in a ruling coalition with the Macedonian nationalist VMRO-DPMNE since 2008.

Many protesters spoke of feeling betrayed by DUI, saying it served only its members and had turned its back on Macedonia’s half a million ethnic Albanians. That senior DUI members stood by the verdict reached at the conclusion of the ‘Monster’ trial is viewed as further evidence of this betrayal.

The trial itself was received by many of Macedonia’s Albanians as emblematic of an aggressive islamophobia taking hold in their country. In 2012, prior to identifying suspects for the ‘Monster’ murders, Macedonia’s security apparatus publicly stated that they were motivated by extremist interpretations of Islam. It is yet to provide the rationale that led it to such a premature conclusion.

Whether he means to or not, with this statement ‘Abu’ summarizes the frightening paradox of the protests. The Albanian community in Skopje has taken to the streets to take a stand against their characterization as jihadi terrorists. The heavy police presence and its behavior ensured the protests turned violent. The violence of the protests gives credence to the government’s accusations of extremism, allowing it the leeway to further repress this put-upon minority.

If they are not careful, the Macedonian elite risks radicalizing an entire generation of Albanians. One protester told me, “We marched from the mosque because we had nowhere else to march from.”

Abandoned by the politicians that are supposed to represent them, scapegoated and downtrodden by the government that is supposed to serve them, where else have young Albanians to turn to but the mosque? And if they back this dog into the corner, the Macedonian elite must not be surprised when that dog lashes out and bites. 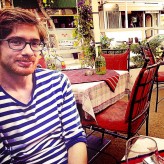 Jack Davies is a freelance journalist focusing on the Western Balkans. You can find him on Twitter @jackoozell