A small anecdote on the quality of Kosovo’s independent institutions, including those which are staffed by foreigners, and on the kind of interactions that sometimes have led the political élite and the international presence to cooperate against the public interest.

I have no reason to believe that the agreement between Kosovo and Montenegro about the demarcation of their border is wrong. Equally, I think that on matters such as these the interests of the political élite of Kosovo are aligned with those of the country. As any deviation from the ideal demarcation line implies that Kosovo either loses or gains territory, I see no reason why Kosovo’s élite should willingly cede territory that ought to belong to Kosovo (they may have been bribed, of course, but it seems unlikely, and is certainly not more likely than the opposite hypothesis).

So this agreement is a very different exercise of public powers than, say, a procurement contract, in which the interests of Kosovo and its élite are not so aligned. The problem might be lack of competence: maybe Kosovo’s officials are simply not good enough at reading maps and translating them into stones in the mountains. If so, however, they are unlikely to me less competent, or more incompetent, than their Montenegrin interlocutors. So we can assume that the net effect of any errors in the demarcation line is more or less neutral: there will be mistakes favourable to Montenegro, but there must be also mistakes favourable to Kosovo.

As I suppose that this is a reasonable agreement, therefore, I have no particular sympathy for the critiques moved against it by the opposition, much less for their unconventional methods of protest (tear gas). I has sympathy for the opposition’s overall political stance against this government, because I consider it bad for Kosovo, but I also think that part of the opposition – and especially that in whose political fiefdom the border runs, AAK – has the same defects as the PDK-LDK coalition.

A few days ago, however, I learnt that the commission of ‘international’ experts which had been asked by Kosovo’s president to review the border demarcation agreement concluded that the agreed border line is alright. I saw it on Twitter, and what attracted me was a picture of an old acquaintance of mine, shown speaking at a podium. He was speaking because he led the commission of experts.

This commission is a joke. I shall explain why presently: let’s take it as a hypothesis for now, and let’s see what follows from it. The first consequence, naturally, is that their conclusions are a joke too. But it does not necessarily follow that the border demarcation agreement is wrong.

In the abstract, one could argue that the only plausible reason to set up a kangaroo commission is that the agreement is bad and the commission was constituted only to hide its badness from public view. This reasoning, however, implicitly assumes that in the state in question there are independent review commissions that are not a joke. My own experience in 2008–11 and subsequent research lead me to think that this assumption would be wrong in in Kosovo, because independent review commissions are generally a joke there: they lack the expertise and especially the independence to do their job. Think about the commissions in charge of vetting appointments in the boards of public enterprises, the public procurement review body, and many others: their performance is terrible. And it would frankly be surprising that these lesser commissions could enjoy a meaningful degree of independence in a country in which the courts themselves, and the constitutional court, are so subservient to the political élite.

This is the way Kosovo’s elite generally does things, moreover: if they have a public relations problem, they try to pass it on to a formally independent body, so that they cannot be blamed for its conclusions. They did it many times with the constitutional court. And it does not cross their minds to entrust a delicate question to a commission they cannot control.

So I do not think that the fact that the commission is a joke necessarily implies that the border demarcation agreement is wrong or bad for Kosovo. I turn to the reasons why the commission is a joke. This remains an interesting question, in my view, because it sheds some light on how Kosovo is governed and how its government and the international presence interact.

The commission is a joke because it has been led by Fletcher Burton, the man in the Twitter picture. He is a good US diplomat, and a courteous and knowledgeable person. But his previous work in Kosovo disqualifies him. In 2008–10 he was the deputy head of the International Civilian Office (ICO), where I also worked. Among the many things he did there, he oversaw the demarcation of the border with Macedonia. So he certainly has expertise on these matters. But another part of Burton’s work was to protect the government from the criticism of the ICO’s economic unit, where I worked: criticism on policy but even more on governance.

This is problematic for two reasons. First, Burton was doing this job in the interests of the US embassy and against the mandate of the ICO, which required the mission to press for good economic governance. So he was disloyal to his official principal (ICO), and to its official mandate, because he was loyal to his unofficial principal (US embassy, then led by the ambassador who took a close interest in the AUK deal and the highway): in an old article, I described Burton’s function – and that of his (far worse) successor – as that of a ‘tube’ between the US embassy and the ICO. Second, on behalf of the US embassy Burton was defending the interests of the same figures that still govern Kosovo: PDK and LDK.

On economic governance – which is a wider and more important field than you may imagine: indirectly, it covers things like corruption – there generally was a discussion between the economics unit, pushing for severity, Burton and his successor, pushing for appeasement, and the head of mission, Pieter Feith, whose instincts led him towards severity but whose power base (the US, in essence) led him in the opposite direction.

My book on Kosovo seeks to explain why all this happened. But it considers only the choices that the ICO actually made, and not the internal discussions that preceded them or the protagonists of those discussions. I thought this was gossip. I am going into it now only because Burton reappeared in Kosovo and is shown to the public as a credible voice on a very sensitive issue. So let me give you an example of why this should not be allowed to happen.

In the morning of 20 May 2009 the government voted and then announced the appointment of the head of the tax administration. They had chosen a radically inadequate candidate – a small PDK politician with no competence or relevant experience to speak of – and they had not previously asked for the ICO’s consent, as the the Ahtisaari plan required. I was the head of the economics unit, and I advised my boss, Feith, to stop the appointment and publicly criticise it as wrong and illegal. The government had publicly defied not just the rules but also our own authority, I argued, and to restore it an equally public response was needed: not doing so would have conveyed to the government the message that they could challenge us, and the law, with impunity. In the afternoon of that day Feith sent to the prime minister a letter annulling the appointment, as I had asked, and told me that Burton was in charge of the press release.

I told Burton that the press release should say two things: that the appointment was illegal and had been annulled, including because the chosen candidate was inadequate; the government needed to choose someone else, and ask for ICO’s consent before making the appointment. Burton proposed the addition of a third point: that ICO would assist the government in the selection process. I agreed. Then Burton called then-Minister of Economy and Finance Ahmet Shala on the phone, in my presence, to discuss the text of the press release.

The negotiation was not very long. The result was this press statement, issued not by the ICO but by the government:

You won’t be surprised to learn that after this episode – and another one I describe in the book – defying our authority became the favourite pastime of the government. The first two sentences of the press statement are both false, by the way: the opposite had happened, as I said. And note that they are not from Ahmet Shala’s pen, but from Burton’s: he wrote the text during his conversation with Shala, while I was saying ‘no, no’ with my finger, and sent it to him after a short conversation with me (to my perennial shame, I did not insist enough).

This is why, despite his many virtues and specific expertise, Burton cannot be a credible independent reviewer – i.e., a reviewer acting in the interest of objective truth and the public good – of the border demarcation agreement. As I said, this does not imply that the border demarcation is wrong. But if someone tells you that the border agreement is right because the commission said so you should laugh. Besides this, I suppose you may take this article as a small anecdote on the quality of Kosovo’s independent institutions, including those which are staffed by foreigners, and on the kind of interactions that sometimes have led the political élite and the international presence to cooperate against the public interest.

And you could take this whole story as a signal that Kosovo’s institutions have lost all credibility. On an issue such as this one, the government ought to be able to challenge the opposition to a public debate, show the maps, show aerial photographs, and demonstrate that the demarcation line makes sense. If such a discussion did not happen it means that it is impossible, which means, in turn, that nobody trusts anybody even on issues that lend themselves to objective discussion. This might lead the international community to conclude that supporting the current political élite no longer guarantees even short-term stability. It’s time for a change, I think.

*An Albanian version of this article appeared in Koha Ditore on April 2nd, 2016. The views expressed here do not necessarily reflect those of Balkanist. 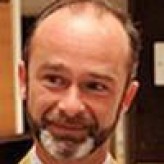