I arrived in Pristina on a gloomy Thursday evening. My bus departed Belgrade at lunchtime, and had progressed painfully slowly through central Serbia as very loud turbofolk music blared from its speakers. A car accident and foggy weather, coupled with a bus change in Kosovska or North Mitrovica, had turned the expected journey of seven hours into eight. By the time I arrived, it was an already dark and misty evening. I was the only passenger who left the bus in Pristina. The bus station was almost empty, with only a few of the most patient taxi drivers still waiting for a customer. However, as we approached the city centre just minutes later, it seemed to me that nothing had changed since the last time I was here. The same charmingly chaotic traffic, crowds of young people on the street and nightlife culture were all there; it was exactly how I remembered Pristina.

Within 15 minutes, I was walking along the main pedestrian street, Nene Tereza. The shiny New Year’s decorations and streets overcrowded with people celebrating the holidays offered a sharp contrast with the economic situation in the country. Kosovo has the highest unemployment rate in Europe, and about 70 percent of its young people are unemployed. Just this year, tens of thousands of Kosovars tried to flee economic despair in the country by seeking a better life in EU countries. The reasons for the exodus were a lack of prosperity and widespread disillusionment with the corrupt political elite. Moreover, in the last few months, the country has witnessed violent riots and a blockade of the Parliament in response to an agreement signed with Belgrade under the auspices of the EU. The contentious agreement aims to solve the long-neglected question of the integration of Kosovo Serbs. It has created additional uncertainties and shifted the public debate from economic questions to those of ethnicity.

Kosovo declared independence from Serbia in 2008, leaving a handful of issues unresolved. Apart from widespread poverty and a very low level of economic development, the most pressing and controversial political issues have been the role of the international community and the position of Kosovo Serbs. The first four years of supervised independence saw international actors in a strong role, creating frustration in part of the population which saw such oversight as a continuation of Kosovo’s previous status as a UN protectorate. The declaration of independence provoked not only immediate and violent responses in Mitrovica and Belgrade, but also created a somewhat lawless area in the north of Kosovo populated by Serbs who refused to recognize the authority of Kosovo’s institutions, and which has largely remained under the control of Belgrade. The deadlock was broken in 2011, when EU-mediated dialogue between Belgrade and Pristina on the normalization of relations began. Though some steps towards normalization have been made, a major obstacle appeared this year when the agreement on establishing an autonomous Association of Serbian Municipalities was signed on 25 August. The response from opposition parties in Kosovo was fierce, and gradually led to the setting off of tear gas in parliament and arrests of opposition leaders.

The agreement has generated political turmoil and uncertainty in Kosovo. Primarily, it has stirred fears that the creation of an entity similar to Republika Srpska will be the outcome, turning Kosovo into a country as dysfunctional as Bosnia-Herzegovina. In addition, many Kosovars feel that the Ahtisaari Plan already grants minorities a strong system of protections, particularly to Kosovo Serbs who have veto rights and broad competences in the areas of education and employment. The belief that the Association will give too much power to Serbs and open a space for direct interference from Belgrade prompted opposition parties to begin obstructing parliamentary sessions in an attempt to pressure the Kosovo government to renounce its deal with Serbia. As a result, there was a blockade on parliamentary proceedings for weeks. The crisis culminated in September, when opposition MPs released tear gas inside parliament for the first time, an action which became something of a norm in subsequent months, and eventually resulted in the (unconstitutional) arrests of 13 members of the opposition.

The strongest resistance to the agreement comes from the movement Vetevendosje (Self-Determination in Albanian) whose unofficial spiritual leader Albin Kurti has been one of those arrested. Established as a political movement in 2005, Vetevendosje advocates a direct participatory democracy that “ensures a more vibrant society”. Regular protests and demonstrations have been one of the main features of the movement. Such gatherings have been organized with the goal of pressuring leaders to declare Kosovo’s right to self-determination and to demonstrate opposition to the presence of the international community. It’s these positions that have distinguished the movement from other political options in Kosovo. In addition, Vetevendosje has been against any negotiations with Belgrade from the very beginning, demanding that Serbia first recognize Kosovo’s independence and issue an official apology for crimes committed during the 1998-1999 Kosovo War.

However, the most controversial part of the party’s program is their aim to unite and form a federation with Albania. According to Arber Zaimi, an advisor to formal Vetevendosje president Visar Ymeril: “We don’t believe in the project of Greater Albania in terms of organic national unity. But Kosovo, as a small country, needs to find a way to be viable. Serbia still does not recognize Kosovo and we cannot plan the future since there is a threat that Serbia can come back to Kosovo in case of a different constellation of power in the region. Unification of Kosovo with Albania would create equilibrium in the Balkans and provide long-term stability.”

Moreover, there is a strong belief that without the right to hold a referendum on the issue of unification with Albania, Kosovo cannot be considered “as sovereign” as other countries in the neighborhood.

However, Vetevendosje’s open support for unification with Albania and use of the Albanian flag rather than the official Kosovo flag, have made many Kosovars ambivalent if not opposed to its methods and agenda. For example, one of the arguments I heard during my visit, from a civil society activist who asked to remain anonymous, was that similar to Serbs who do not recognize Kosovo, Vetevendosje acts in a way that undermines the country’s sovereignty. They elaborated: “When a mayor of Pristina who is a member of Vetevendosje is exclusively using an Albanian flag in his office, it gives an excuse to Serb officials to use the Serbian flag as well, rejecting the state symbols of Kosovo.”

Releasing tear gas in parliament has been the most radical measure carried out. Vetevendosje initially started a petition and called for a referendum, but came to believe that tear gassing parliament was the only alternative. “The only way to make present our disagreement [clear] was to start protesting either outside or inside of the parliament. This time we decided to protest inside the parliament using the same tear gas that the Special Police had thrown at us previously. This is the tear gas we got from them. We know it is not a parliamentary method and we don’t want to normalize it, but this is not a normal situation and we don’t have any other solution,” Mr. Zaimi explains.

However, not all members of the movement support violence. Ilir Deda, an MP from Vetevendosje, is openly against the violent methods used by other members. Emphasizing that violence cannot be justified and calling for dialogue, Mr. Deda has many times stressed the need to create consensus between the opposition and the government in order to avoid a deeper political crisis. In an interview given to Serbian daily Danas, he said that an escalation of the current crisis can only produce further instability. His stance reflects the position of many Kosovars who are concerned that the ongoing violence can only intensify and endanger Kosovo’s still fragile democracy.

Nevertheless, Andrea Capussela, the author of State-Building in Kosovo: Democracy, Corruption and the EU in the Balkans., is calling the international community and European Parliament to stand for democracy in Kosovo, explaining that despite the controversial methods used by Vetevendsje, arresting members of parliament is against the constitution and therefore represents a danger that the country is slipping into authoritarianism. Capussela has said that while we can all agree that using tear gas against other people is a crime, MPs cannot be arrested without parliament’s consent because of the immunity they enjoy.

In the meantime, Vetevendosje remains strongly opposed to the agreement, seeing it only as further evidence of the ethnicization of Kosovo politics and ethnic segregation of society. Mr. Zaimi cites the agreement’s prescription that a police officer in a certain municipality needs to be a Serb represents an example of a racial policy that does not exist anywhere else in Kosovo or Albania. Furthermore, he says that implementation of the agreement would only isolate different communities and prevent their integration and mutual communication. However, no one has offered a viable alternative to the current stalemate.

Dusan Radakovic, the director of the Advocacy Centre for Democratic Culture, an NGO from North Mitrovica, said that Kosovo Serbs do not see the current actions as directed against them. Calling Vetevendosje a “populist movement”, he said that it is “clear that the current crisis is a fight over power and influence in Kosovo”, adding that many members of the movement have very good relations with Serb organizations. Moreover, he describes support for unification with Albania as a populist position that aims to attract more nationalist-oriented voters in Kosovo.

After weeks of interruptions of the parliament’s sessions by the three opposition parties against the agreement, Kosovo President Atifete Jahjaga, in agreement with parliamentary parties, forwarded the document to the Constitutional Court. The Court on November 10th, 2015 introduced a temporary measure that suspended any activity in connection with the establishment of the Association. On December 24th, it made a final decision to allow the implementation of the Agreement while noting that certain principles which regulate the fundamental rights and freedoms of communities did not fully comply with the spirit of Kosovo’s constitution and would have to be changed.

The opposition has since announced new protests, adamant that only a full cancellation of the agreement is acceptable. Meanwhile, the international community is calling for a compromise and the Agreement’s ultimate implementation. The possible European future of Kosovo (and Serbia) is now linked to the Brussels Agreement and serves as a “carrot” for both sides. The question now is for how long. With local elections scheduled for March, political tensions in Kosovo will only grow. As the only remaining country in the Balkans whose citizens require a visa to travel in the EU’s Schengen zone, and with the release of a recent negative report on visa liberalization, the frustration of young Kosovars has continued to grow. Disappointed with their own political elite and aware of the strong influence of international actors that goes against the logic of desired sovereignty, it is not surprising that Vetevendosje’s program and actions have grown more and more attractive. However, keeping the last twenty years of inter-ethnic relations in Kosovo in mind, it’s clear that the exploitation of nationalist sentiments in order to mobilize citizens and win their support is a dangerous game. 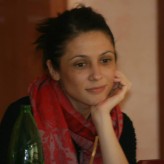