Where does Bosnia-Herzegovina go after the seeming failure of the much touted German-British Initiative and the Compact for Growth? Jasmin Mujanović argues the need for “terrified elites.”

Commissioner Johannes Hahn will not be coming to Sarajevo, after all. Former High-Representative Christian Schwarz-Schilling has called it a catastrophe. The sugar, as they say in the Balkans, has fallen in the water.

Only months after it was announced to great fanfare, the “German-British Initiative” in Bosnia-Herzegovina (BiH) has come to an unceremonious end, at least for the time being. And what force of nature has derailed the combined diplomatic might of Berlin and Westminster? On paper, it’s none other than Hurricane Dodik, of course, the man who has similarly obstructed every inch of progress in BiH for the better part of a decade. A twist ending it’s not.

In reality, Dodik is merely a symptom, however, of a set of structural problems that have swallowed all previous attempts at reform in BiH. The mystery now is not in what has happened but how, for the umpteenth time in living memory, no one in Brussels apparently saw it coming?

The idea was simple. After four years of complete legislative standstill, natural disasters, and dramatic protests, the European diplomatic establishment, headed by the powerhouse Germans and British, decided a new approach was necessary in BiH. The October 2014 results had given them some grounds for optimism, and so the Europeans offered the “new-old” Bosnian leadership the deal of a lifetime.

Though BiH long ago came unglued, the perennial state of crisis was manageable, if occasionally diplomatically embarrassing. Manageable, that is, all up until Moscow started a war in Ukraine. Suddenly, geopolitics was back on the radar and even the most stuffy Brussels bureaucrats had to acknowledge that the Old Continent was strategically porous not just on its eastern steppe but, perhaps even more so, in its southeastern corner as well.

After once having threatened to not even recognize the October 2014 polls unless the Sejdić-Finci decision was finally implemented through the necessary constitutional changes, Brussels just as quickly all but dropped the requirement all together in favour of an “economic” (rather than “political”) approach. With Russian expansionism looming all around, the concern with constitutional discrimination in BiH disappeared and in came the “Compact for Growth”—the new official strategy to be backed by the German and British effort.

In exchange for committing to a written reform agenda—a truly novel idea—Brussels unfroze the long-delayed Stabilization and Association Agreement (SAA) that BiH had originally initialled in 2007, a crucial first step towards EU membership, and promised further funds, as soon as the first reforms were enacted.

And then everything went up in flames. First, the governing coalition in the Federation collapsed when the Democratic Front (DF) pulled out after months of squabbles with both the HDZ and the SDA. At the root of the dispute was (in particular) the HDZ’s insistence on an essentially patrimonial conception of power. The newly formed DF had inextricably wedded itself in the election campaign to the idea of waging a ferocious anti-corruption crusade if installed in power by the voters. They soon found, however, that this was impossible in coalition with the two-leading criminal-political clans in the land: the Izetbegovićes and Čovićes.

Unwilling to cede their control over a set of profitable, Herzegovina-based public firms, the HDZ threatened to dissolve, that is blockade the Federation government if they were “ousted from power” (i.e. lost managerial control over the firms in question), much as they had done in the previous four years. This blatant attempt at defending their fiefdom of cronies and clients was in the official record of course recast as an effort to “defend Croat national interests” in BiH.

Unnerved by the DF’s bold pronouncement to “de-politicize the public sector” the SDA, itself fearing a loss of control over prime patronage real estate that they had just regained after four years in the political wilderness, opted to essentially aid the HDZ in expelling the DF from the new coalition. How could one, after all, betray a friendship as old and as profitable as the one between the SDA and the HDZ?

But for all the back-room shenanigans in Sarajevo, the new European proposal died, as all things in BiH, in Banja Luka. Though the Serb electorate in BiH had given their support to the “Alliance for Change,” and Mladen Ivanić had already brought a genuine breath of fresh air to the state presidency, the grand opposition bloc in the Republika Srpska (RS) had failed to wrest control of the entity legislature and executive from Dodik’s SNSD. As a result, and almost from the moment it became clear that Ivanić had won the Serb post of the state presidency, the Serb political establishment in BiH was engulfed by vicious in-fighting.

Now, in the wake of a vote-buying scandal in the legislature, Dodik is on the verge of losing his parliamentary majority in Banja Luka. With his back to the wall, and serendipitously aided by events in Sarajevo, Dodik announced he was reneging on his signature on the reform program. Much like his friends in the HDZ, Dodik was outraged, in particular, by the idea of losing control over the entity’s energy infrastructure, one of the last remaining sources of income for his cash-strapped government. No such privatizations had been agreed to as part of the reform agenda, he argued. Though the Federation and state authorities had moved ahead with implementation of the program, the RS would not be following suit. And because the entire BiH constitutional system essentially operates on the basis of consensus, without the RS there really was no initiative left to speak of.

Diplomatic efforts will, of course, continue. And much will depend on the outcome of the struggle still raging in the RS, between Dodik and the opposition. But for the moment, we are once again at an impasse. Yet the only ones who have acted irrationally here are the European policy makers who expected a different outcome from what was essentially no different an effort than the dozens of “new approaches” that they have tried in the last ten years.

The problem was not that Berlin and London insisted on economic reforms in favour of political reforms, it’s that they seemingly forgot that the two spheres are controlled by the same people in BiH. Actual reforms to either the political or economic status quo in BiH will only come with (and can only have as their result) the ouster from power of large segments of the existing political establishment.

Those most responsible for BiH’s crisis understand this perfectly well but so do the citizens of the country. It’s why the demands of the protestors in February 2014 were likewise almost exclusively “economic,” as the Europeans would label it. The difference is the protestors didn’t expect wolves to opt for the vegetarian option at the hen house. Those who crowded public halls and gymnasia around BiH to form grassroots citizen assemblies did so to demand resignations and criminal investigations.

It was that eruption of civic anger and the fear of a repeat that drove both the European and BiH elite back to the negotiating table in the first place. Brussels clearly expected that the memory of those heady days would haunt Izetbegović, Čović, and Dodik longer than it did, because in their first post-protest intervention, Europe brought with them to the table the same old package. And Izetbegović, Čović, and Dodik, albeit with larger police budgets, once again took them for a ride.

We can quibble over the contents of the Compact for Growth and the German-British Initiative as a whole but it is implementation rather than vision that’s the problem in BiH and has been for years. If Europe truly wants to help BiH, it’s time to tear off the scab. It’s time to freeze the personal accounts and assets of the BiH political leaders. It’s time to stop the IMF and World Bank loans. It’s time to use European and American police resources to root out the paper trails and hidden stashes of local oligarchs. It’s time to make clear that, much as Radovan Karadžić was forced to leave politics after the war in BiH, today there’s nothing left to negotiate about if it’s just the same old cast of criminals around the table.

If BiH’s vainglorious presidents, premiers, and legislators feel they can dictate terms, then let’s let them do so—but on their own. Without the Europeans and Americans throwing them life lines, let’s see how long Izetbegović, Čović, and Dodik can make it before the people of BiH come knocking again. On that day, neither Moscow nor Ankara, neither Zagreb nor Belgrade will be able to help them. And once the old guard is gone, Washington and Brussels will find their new local partners sufficiently terrified of both the citizens and the internationals to genuinely move the country forward at long lost. 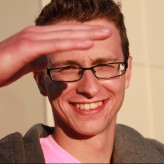