From a remote valley in northeastern Georgia, disadvantaged youth flock to the cause of Islamic State. Christopher Bateman shares his thoughts on what to do about it.

Droves of foreign fighters flocking to the ranks of the Islamic State and other Jama’ats in Syria is a widespread issue affecting the United States and Europe, but also their regional allies, including the Republic of Georgia.

It may seem strange to Westerners that young men from Georgia are waging jihad in Syria. After all, the majority of the population identifies as Georgian Orthodox Christian. However, for the small Muslim minorities of Kists and Chechens in the Pankisi Valley in northeastern Georgia, this is a serious issue with devastating consequences for their communities and the stability of the region.

In order to stop the flow of foreign fighters into Syria the socio-economic needs of vulnerable societies must be addressed through integration and development of livelihoods, adequate housing and infrastructure.

Last year I worked in the Pankisi Valley, a remote enclave of villages populated by Kists who sought refuge in Pankisi in the 1800s, after the first wave of Russian invasions into Chechnya. Since the Chechen Wars of the 1990s thousands of refugees fled south over the mountains into Pankisi. Today there are approximately 900 refugees living there.

The Situation in Pankisi

Pankisi is a poor yet peaceful place. Located south of the Chechen border in the Akhmeta district of Georgia, a single road leads to twelve Kist villages along the Alazani River.

Reports vary on the number of fighters in Syria from Pankisi, ranging from 50 to 100 who have joined groups such as the Islamic State and Al-Qaeda affiliate the Al-Nusra Front.

The issue here is socio-economic in nature. Pankisi youth lack access to key public goods and a clear path of integration into Georgian society. Without a way to improve their livelihoods, many of these disillusioned young men gain financial rewards and a sense of purpose by joining the jihad in Syria. The Islamic State offers what these youth yearn for: employment, travel, educational opportunities, and training.

In the absence of state facilitated development, outside sources fill the void. The only recent significant development project in Pankisi was the construction of the Salafist mosque in the largest village, Duisi. This has cemented radical Islam’s presence in the valley.

While better border control and increased efforts of the Georgian security services are needed to monitor and detain individuals traveling to Syria, these measures do not address the underlying conditions that lead the youth of Pankisi to join the Islamic State.

Although efforts to improve the conditions for the youth of Pankisi have been made by organizations such as UNHCR and The Kakheti Regional Development Foundation, more must be done. The Georgian government, the United States, and the international community must be involved to a larger extent.

Integration with Georgian society is key. For these disenfranchised youth assimilation will provide access to education and jobs. The majority of Chechen refugees want to be Georgian citizens. Many local Kists consider Georgia their homeland. However, the Georgian government has stonewalled the integration process. In 2013, all applications for Chechen refugees seeking naturalization in Georgia were rejected without any explanation.  As a result, these refugees are losing hope of integrating and their trust in the Georgian government will inevitably wane.

While the popular notion of Pankisi as a “terrorist hotbed” perpetuated in Russian media and some Western outlets is a vast exaggeration, the radicalization and flight of youth to Syria and Iraq is a concern to regional stability and is representative of the threat that neighboring Azerbaijan, Turkey, Russia, and Europe also face from their own foreign fighters.

It’s time Georgia, Europe, and the United States implement long-term solutions by providing key public goods to the most vulnerable societies. The Islamic State and other radical groups are paying attention to those on the fringes of society. Why aren’t we? 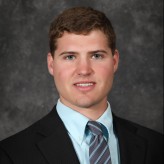 Christopher Bateman is a MA candidate at the Bush School of Government and Public Service at Texas A&M University and former teacher in the Republic of Georgia.