With the corruption of the deep state, where even primary school teachers are involved in electoral fraud, what good will a few changes in ministerial echelons serve? Shuffling a few positions fails to address the grave disturbances of the democratic order in the country – it can only serve to mask a transition process which will not deliver any substantial change.

A deal to resolve the Macedonia’s political crisis was reached in the wee hours of Tuesday night, made possible by strong pressure exerted by European Union representatives who were acting as mediators. Curiously, the two EU-brokered deals this week–Greece and Macedonia–follow a similar pattern: they  demonstrate a disregard for all aspects of democracy, the freedom of expression, and the will of the people. They were both reached in the early hours of the morning after closed door negotiations and under extreme pressure.

Time, it seems, was an issue. And yet time is essential to democracy: to the building and presentation of arguments, to their refutation, to true conversation. It would appear that the EU bureaucracy has no time for democracy – a dangerous precedent for the future.

What happened with the Greek deal was worse than either tragedy or farce. But Macedonia has been neglected for years, like most of the Western Balkans (a weird construct by European Union integration process for this part of the continent. Under the guise of delivering macroeconomic stability, the current conservative government led by Gruevski made the country a world champion in its rates of economic inequality, unemployment, restriction of media freedom, political repression, and of course, the  highly picturesque project of reinventing the national narrative through a series of kitsch statues throughout its capital.

Internationally, Skopje is frequently called the European capital of kitsch. Internally, the figures of public funds laundered through the Skopje 2014 project are devastating, especially when taking into account the large amount of people living in poverty. Gruevski effectively made Macedonia an authoritarian regime – though whatever terms we choose to use, it is clear that it is not a democracy.

The social movement that poured into the streets these past months demonstrated Macedonian citizens’ democratic potential and provided a viable social response to the institutional extremism of Gruevski. It demanded his resignation and the resignation of his cabinet as the first step in determining their responsibility on a range of criminal and corruption scandals. To all these grievances, the political parties and the European delegates answered with a deal on elections.

With such deep corruption of the state, where even primary school teachers are involved in electoral fraud, what good will a few changes in ministerial echelons serve? Shuffling a few positions fails to address the grave disturbances of the democratic order in the country – it can only serve to mask a transition process which will not deliver any substantial change.

The language used by various groups of activists in these times of crisis was very precise. It declared Gruevski’s government an authoritarian one, it noted the manipulation behind attempts to fabricate majority support for the government, and it addressed its use of propaganda, with a rhetoric that was beyond VMRO-DPMNE’s terrain of blackmail and fear. The Social Democratic opposition party, the one which claimed to take the lead of the citizens’ revolt that exploded on May 5th, has delivered a confusing rhetoric, reflecting its lack of strategy. The party branded the government a dictatorial regime, asked for international mediation and later blamed the negotiator, declared the negotiations failed, and finally signed a deal with the “dictator” mediated by the “biased negotiator”.

The VMRO-DPMNE party was similarly confused. At first, they strongly maintained that their mandate is given by the people and that only the people can decide to revoke it through elections. Later, they removed key figures from the government, keeping Gruevski’s feathers intact, and finally accepted to have him removed in January 2015.

If the politics of this deal becomes the politics of the day, then one has trouble believing a single word that comes from any current political establishment of the country. Furthermore, we cannot expect that the path towards EU integration will result in any democratic development. The Greek example demonstrates quite clearly that the EU bureaucracy tends to diminish any popular expression of will that is not in line with ‘official interests’, which are usually determined behind closed doors.

We do, however, have a model of democracy within the social movement in Macedonia. This one is the real deal. While the political parties for more than two decades could only deliver ethno-nationalism, neoliberal devastation, and patriarchal models, the new social movement inaugurated a host of novelties. It made the traditional lines of ethnic demarcation irrelevant, it transcended ethnically-centered language, and it brilliantly managed the potentially harmful effects stemming from dangerous situations, such as the incident in Kumanovo.

The movement of the citizens’ bodies in the streets was marked by a language, manner, and culture that broke away with the patriarchal party model, empowering both women and men in the same way. It incorporated LGBT activists, environmentalists, and largely relied on a non-sectarian, open and transparent left political movement.

I’ve intentionally avoided discussing the details of the political deal, simply because I consider that it is our political challenge to maintain the focus on the true politics, which the deal reached yesterday is not. The Greek experience shows us that our focus ought not to be on electoral processes but on social ones.

For more on the Macedonian agreement, read Ivana Jordanovska’s contribution. 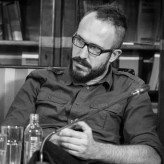 Artan Sadiku is a theorist and activist from Skopje and holds a PhD in political philosophy. His primary interests are theories of the subject, feminism and radical practices in politics and arts. He works at the Institute of social sciences and humanities in Skopje, where he lectures at the gender and cultural departments and is actively involved with the Leftist movement Solidarnost and Cultural Club Syndicate. He has studied international law and political sciences and his doctoral thesis was on the 'modes of production of subjectivity beyond capitalism'. He writes and published in Macedonian and international journals and advocates for political mobilization beyond ethno-national formations, resistance to the neoliberal instruments and politics and a common Balkan alternative to them.