Bosnia’s new law on whistleblower protection is one of the best in Europe. It promises a solution to endemic corruption and distrust of public authorities. Yet for citizens, there remains a fine line between seeing whistleblowers as heroes or as snitches. This view is slowly changing.

In a country with perhaps one of the most incongruous and disjointed judicial systems in Europe, it is duly surprising that there is a singular law that is functioning and may actively change things for the better. Bosnia and Herzegovina now has one of the most complete and coordinated laws on whistleblowing in Europe, and certainly one of the first countries on the continent to pass such a law.

A result of a nearly four-year active civic engagement campaign and instituted in part by USAID, the law was enacted in 2014, to much acclaim and with effective results since legislation. Now hailed as a success story by USAID, the Whistleblower Protection Law provides, even if marginal, the proverbial light at the end of the tunnel for Bosnia’s complicated institutional structure.

One of the most publicized cases in recent years regarding whistleblowing was that of Višnja Marilović – one that helped set the implementation of the current law into motion. Ms. Marilović was an employee of the Skenderija Centre in Sarajevo, a cultural and sports centre under city mandate. In spite of its steady physical decline in recent years, the Centre had been functioning unusually well without outside financial help.

Starting in 2007, Ms. Marilović, a bookkeeper by profession, had begun to bear witness to significant inconsistencies in expense reports submitted by its then-director, Suad Džindo. Namely, they didn’t seem to explain large deficiencies in budget with the expense reports being submitted. Marilović had found out that Džindo, who had been using company money to fund a lavish lifestyle that included anything from renovating his apartment to renting out inordinately expensive hotel rooms on leisure trips, wasn’t submitting actual receipts to Skenderija bookkeeping. On several occasions during this time, Marilović had asked Džindo for official receipts, which she was refused.

After reporting all of this to the Cantonal Prosecutor, Marilović was fired, after twelve years on the job.

As an employee in a public sector which is largely decentralized in regulation and subject to subpar and sporadic monitoring, this fate was most obvious for Ms. Marilović.

However, Marilović, along with civil advocacy groups like the Centre for Responsible Democracy Luna and the Centre for Civic Initiatives, were instrumental in pushing for and drafting the subsequent whistleblowing law over the next three years. Despite the protection law having come after Marilović’s dismissal, she still hopes that no one will ever go through what she had gone through after having reporting what she had directly witnessed at her workplace.

The discourse on whistleblowing isn’t a new one in Bosnia. Following the war in the 1990s, private security contractors were sent to Bosnia on the pretense that they would supposedly provide and maintain security and stability. One of these contractors was US-based DynCorp, whose British subsidiary DynCorp Aerospace had a fifteen million dollar contract to hire and train police officers within Bosnia. Kathryn Bolkovac, a Nebraska police officer, was one of the people hired as a monitoring expert as part of a UN-mandated contract. Shortly after arriving, Bolkovac had noticed that DynCorp’s police officers were paying for prostitutes and had even instituted a prostitution ring and sex trafficking operation, which involved the physical and sexual exploitation of young Bosnian girls, especially in rural areas – areas which had only recently exited a conflict in which sexual violence was rife.

Bolkovac reported this information, and was immediately fired. She sued DynCorp for unfair dismissal as a result of whistleblowing, and after several years of trial and the testimonies of people such as woman’s rights activist Madeleine Rees in her suport, the court unanimously voted in favor of Bolkovac. These events were dramatized in the 2010 film The Whistleblower, starring Rachel Weisz as Bolkovac.

However, despite recent patterns that point towards a heightened understanding of whistleblowing, Bosnia’s socialist past still carries the complexities of its suppression. This is a sentiment that is pervasive region-wide and, as Yavor Siderov, advisor to the Bulgarian Prime Minister on whistleblowing, pointed out in June at the Whistleblowing Conference in Sarajevo, there is still a fine line between seeing this people “as heroes or as snitches.” In much of the former Yugoslavia, whistleblowers are seen as the latter. This view is especially bolstered by the Bosnian institutions, whose record 150 ministers are in constant fear that someone may upset the status quo that renders them all but omnipotent in certain regards.

But on the societal level, it is important to impress upon the wider public that it is precisely these whistleblowers who could potentially change the very structures of institutionalized corruption for the better, especially within public institutions. Because at the very least, they prove that the threat of sanctions can normalize the abuse of power that top-level ministers and executives exercise within Bosnian public institutions. But perhaps more importantly, they go to show that regular Bosnians employed within these institutions can emerge as heroes – heroes who report these crimes for the greater societal good, in spite of the threat of loss of livelihood, and heroes who are now protected by a comprehensive law.

Mark Worth, who initiated the idea of a whistleblower conference in Sarajevo and who works for the Blueprint for Free Speech, is actively working on forming a Southeastern European coalition on whistleblowing protection in the near future. He points out that the importance of maintaining the relevance of the law within the modern institutional framework, and reminding people that there is a way out. Above all, it is important to let people know that citizens themselves can report and prevent crime.

Tangible examples of whistleblowers serving justice are helping break the cultural complexity surrounding this issue in Bosnia. There is the Whistleblower Protection Certificate that a private entity or institution can apply for to immediately preempt any unfair dismissals. There are now cases of employees being rehired one day after being dismissed, because their employers are threatened with hefty monetary fines.

As Worth rightly notes, we are now seeing beginnings of trust in the government. And in a country which has so deeply fallen into the throes of a fundamental distrust of the powers that be, whistleblowing may very well be the factor that restores hope in good governance.

A version of this article was previously published by the Middle East and North Africa Committee (MENAC). 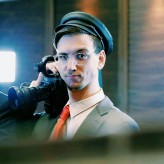