The only trial for crimes against the Roma population in the former Yugoslavia has failed.

There is a certain kind of music that can be heard after a degustation of Zijo Ribić’s fricassée. Yes, it’s too hot, but so overwhelming and delicate that after every bite, you hear a different tone. Zijo is an excellent cook, but his cuisine is not typical for Bosnia, his motherland. He adds some Romani spices to his fricassée, and this is the key secret ingredient that curious guests at the hotel where he works want to know about. The world needs more Roma cooks.

Unfortunately, it was not his culinary talents that brought him to Serbia and created this opportunity to get to know him. Zijo has been coming to Belgrade for the last several years to attend a trial before the Serbian High Court for war crimes committed in the area of Zvornik in 1992. He was a crucial witness for the prosecutor’s office in the long trial for a war crime against the civilian population, committed in area of Zvornik by the volunteer military unit called “Sima’s Chetniks”. Last year, in the first trial, seven members of that paramilitary group were sentenced to 73 years in prison. Just after the judgment was handed down, Zijo burst into tears in front of numerous journalists while giving a statement about how he felt after all he’d been through. Having always seen him outside the court, confident and smiling, we’d somehow forgotten all that he’d suffered. This year, after a second retrial resulted in an acquittal, Zijo was too shaken to comment. Nor were there as many journalists before the court as before, asking how it was possible for these crimes to be acquitted.

Zijo survived the massacre of July 12th 1992, in the village of Skočić, near Zvornik, in Bosnia-Herzegovina. Even though he was just a boy of eight and severely wounded, he managed to escape from a pit filled with 27 bodies. His entire family was killed, and their bodies left in the mass grave.

Zijo testified before the court that he pretended to be dead when the perpetrators threw him on the pile of the bodies, after which he managed to crawl out from the pit and escape through the woods to the next village. He also testified about the rape of his thirteen-year-old sister, Zlatija Ribić, and that he was forced to watch; the girl was later killed along with other members of Zijo’s family.

The crimes committed in Skočić were horrifying, brutal, and incomprehensible, but they were not the only ones perpetrated against the Roma population. Yet this trial before the Serbian court remains thus far the only case tried for war crimes against the Roma population in the former Yugoslavia, even though there are many more victims. While there is no reliable estimate of the number of Roma victims, it is well known through the testimonies of survivors like Zijo and relatives of victims, that many Roma were killed, mutilated, tortured, displaced, and robbed. Their suffering, however, has not been recognized.

In the ethnocentric post-Yugoslav states, the Roma are again a minority without a public voice. Boris Pupić, one of the few researchers interested in crimes against the Roma in the 1990s, once stated that none of the mainstream projects of transitional justice concern themselves directly with the Roma. Moreover, none of the many Roma leaders are even familiar with the importance of transitional justice mechanisms that aim to help war victims after atrocities.

The same situation holds for the case of Kosovo’s trials for war crimes, even though the vast majority of Roma victims come from that country. Some war crimes investigations—even though they were politically motivated—did tackle several crimes against Roma, but nothing has actually moved forward for years.

Far too many people remain displaced and cannot return to Kosovo from Serbia, where they are now barely living on the poverty line. In addition to the struggle of daily survival that they share with the underprivileged Roma population in Serbia, the Roma refugees from Kosovo carry an additional burden of unresolved war traumas.

A report from the UN Development Program (UNDP) which analysed the prospects for reconciliation between members of the ethnic communities in Kosovo has shown, once again, the importance of dealing with past atrocities. War crime trials are especially important for survivors of the war and the lack of legal redress is an important factor in why refugees are reluctant to return. As Osnat Lubrani, former representative of the UNDP for Kosovo puts it, “establishing the truth about war crimes is intrinsically linked to the prospects for reconciliation”. Would refugees choose to return to a village where they can run into those who killed their entire families? The majority, it seems, would rather live on the edge of Serbian society, together with other survivors of the regional wars. However, the Roma are far more marginalized – as Boris Pupić notes, even the instruments of transitional justice give them a wide berth.

It is essential to make the suffering of the Roma more publicly known, and to have proper recognition of their victimhood. The majority of Serbian society most likely thinks that displaced Roma hit the jackpot by “moving” to Serbia because of the war. This opinion is strikingly similar to that of the majority of the EU when comes it to Roma asylum seekers.

Some of these issues need to be addressed by Roma leaders in the region. Very few Roma civic organizations have dealt with war crimes against the Roma people. Perhaps this is because most of the donor funding is invested in far less controversial issues. Yet problems arising from wars never go away: they wait for the next generation.

This article was originally published in the RECOM portal, and can be accessed here. Republished with permission. 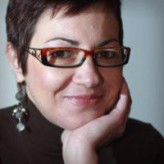 Jelena has worked as a journalist and researcher since 1992, focusing on victims of war and human rights. In the last 10 years, she has followed closely and participated in reconciliation processes in the Former Yugoslavia. She is currently editor of RECOM.link, a portal dedicated to the RECOM Initiative and transitional justice.