The recent passing of former Georgian leader Eduard Shevardnadze, the man who helped end the Cold War, has offered us an opportunity to reflect on his legacy. And as politics in the Eurasian sphere return to petty power struggles between Russia and the West, it becomes clear that his characteristic idealism was abandoned long ago.

He was laid to rest next to his love, Nanuli, who he had married despite her status as a the daughter of an enemy of the people, ignoring the implications it had for his political career in the Soviet Union. As Georgia bid farewell to Eduard Shevardnadze on July 7th, a complex mixture of emotions predominated the country: He was simultaneously revered as a man who had both negotiated the the withdrawal of Georgia from the Soviet Union, but also oversaw a corrupt and fraudulent government as president of the country until his deposition by the Rose Revolution in 2003.

Despite this later stain on his political reputation, Shevardnadze will always be remembered as the USSR’s “Silver Fox”; the ardent and dedicated Minister of Foreign Affairs under Mikhail Gorbachev who worked with the leaders of the West to bring about the end of the Cold War. Among those attending the funeral in Tbilisi included his Western counterparts: former U.S. Secretary of State John Baker, and German Foreign Minister Hans-Dietrich Genscher. These men labored in close proximity with Shevardnadze in the process of European power reorganization when it became clear in which direction the Soviet Union was headed. “Eduard Shevardnadze was truly one of the great statesmen of my lifetime,” Baker commented in a eulogy piece for the Washington Post after his death.

Eduard Shevardnadze’s rise to prominence was equivalent to a Soviet styled rags-to-riches story. He was born in 1928 to a family deeply impacted by Stalin’s reign, and having lost a cousin to the purges, he was predisposed to an unstable position within the frameworks of the Party’s rule. Regardless, the young Shevardnadze rose steadily through the ranks of the Georgian Communist Party, emerging in 1972 as First Secretary, and one of the youngest regional leaders in the Soviet Union. In his 13 years in office, Shevardnadze was credited with bringing order to the Georgian Soviet Socialist Republic that had slipped into periods of political instability fueled by corruption and bribery following World War II. As First Secretary, he brought economic growth to this region through the introduction of  policy which revitalized Georgia’s struggling agricultural output. This included risky endeavors into legalizing small-scale private enterprise to cater to the region’s popularity as a resort destination for the USSR’s political elites.  Many feathers were ruffled in the ranks of Communist hardliners, whose proclamations against Shevardnadze were discredited by Georgia’s emergence as one of the most successful SFSRs within the Soviet Union. His leadership in Georgia was taken note of in Moscow, and Shevardnadze was subsequently invited to serve as the country’s Minister of Foreign Affairs in 1984 by a political acquaintance of his youth, Mikhail Gorbachev. This appointment came as a surprise throughout the Communist Party, as Shevardnadze had essentially no experience in diplomatic affairs. As history would later judge, it was the political relationship between these two men, and their outlook on the future of the USSR, which would completely reshape the structure of Europe leading into the 21st century.

Vladimir Putin referred to the collapse of the Soviet Union as “the greatest geopolitical catastrophe in the 20th century”, in the sense that it completely altered the structures of global power politics; it left the United States to enjoy a unipolar hegemony over global affairs, while leaving behind a power vacuum amongst the new independent Republics in Eastern Europe.

To Soviet traditionalists, it may seem that Gorbachev and Shevardnadze had sold the USSR upstream to the West, but if anything, these men attempted to put a reasonable end to the Cold War that had exhausted the world after years of political gambits and proxy wars.

With perestroika happening at home under the guidance of Gorbachev, Shevardnadze brought similar ambitions of reform to a foreign policy characterized by the outdated mantra of class conflict and reactive militarism. He attempted to re-brand the crumbling Soviet foreign policy by placing greater emphasis on diplomatic approaches in order to reduce tensions with the West. His re-evaluation of the Soviet position included the withdrawal of troops from Afghanistan in 1989, an endeavor which had cost the Soviet Union almost 15,000 casualties in a ten-year span, decreasing troop deployments throughout Eastern Europe, as well as bringing about fresh rounds of nuclear arms reduction with the United States.

Gorbachev’s glasnost and perestroika endeavors throughout the Soviet Union allowed for the public expression of latent discontent with the inefficient and oppressive nature of single-party rule, and despite attempts at reforming the archaic structures of the higher echelons of the Communist Party, it was obvious for the forward looking members of the Soviet government that the country was heading towards a collapse. For policymakers in Moscow, it became a question of re-organizing the future order of Eastern Europe following the dissolution in order to maintain some form of power legitimacy in the post Cold-War era.

1989 was an interesting year in the spectrum of global power relations. Though fleeting, the Soviet Union maintained its superpower position, and the country’s ambitions had to be considered in negotiations for a modern European order; some 380,000 Soviet troops remained in East Germany during negotiations for unification, reminding Western leaders not to completely discard Soviet interests — an attempt to provide for an orderly and stable transition to a world without the USSR.

Shevardnadze worked closely with his counterpart in the State Department, James Baker, to address issues ranging from future Pacific maritime boundaries to the status of Soviet cemeteries of the Great Patriotic War throughout Eastern Europe. Such agreements between East and West were rigorously documented for international legal purposes, with the exception of perhaps the most important diplomatic conclusion in post-Cold War power relations: The status of NATO.

One of Shevardnadze’s most revered diplomatic accomplishments was his willingness to cooperate with Western leaders in the process of German reunification. It was a difficult sell to the Soviet Union, particularly with the implied membership of a united Germany in the North Atlantic Treaty Organization, of which West Germany had been a part of since 1955. The extension of NATO candidacy into the borders of the former Warsaw Pact created a direct challenge to the future security interests of the future Russian Federation. Soviet leadership was assured multiple times, on a verbal basis, that NATO would under no circumstances continue its expansion East following the reunification of Germany. Hans-Dietrich Genscher, the German Foreign Minister during the reunification process, spoke in Tutzing, Bavaria on January 31st, 1990, stating that:

“It is NATO’s task to clarify unequivocally that whatever may happen to the Warsaw Pact, there will be no extension of NATO territory to the East, i.e. nearer the borders of the Soviet Union. This guarantee will be significant for the Soviet Union and its attitude.”

Der Spiegel confirmed that similar assurances were made by Genscher to Shevardnadze during negotiations in regards to the future of Germany. These promises were expressed again by Secretary of State Baker during meetings at the Kremlin throughout the 1990s, and despite the first Bush Administration’s denial of any such agreements, the Russians were convinced that a pact had been made to maintain their historic zone of influence in the East following the collapse of the Soviet Union.

And yet, by 2004, NATO membership had been extended to strategically crucial countries such as Poland, Slovakia, and the Czech Republic, further shifting the reaches of the military alliance closer towards Russia’s borders. This has been a completely legitimate move in the spectrum of international politics, as there is no physical contractual obligation barring former Eastern bloc countries from joining the organization. This does not change the fact that Russian leaders feel that their efforts to work with the West in 1990 have been betrayed: Dmitry Medvedev spoke to Der Spiegel in 2009, fresh from a war with Western-leaning Georgia, stating that:

“After the disappearance of the Warsaw Pact, we were hoping for a higher degree of integration. But what have we received? None of the things that we were assured, namely that NATO would not expand endlessly eastwards and our interests would be continuously taken into consideration. NATO remains a military bloc whose missiles are pointed towards Russian territory.”

The Euromaidan movement, which sparked the separatist crisis in Ukraine inflamed Russian fears that the current Western-leaning Poroshenko government would welcome Ukrainian membership in NATO. This would effectively place the Western military establishment directly at Russia’s front door, a security nightmare for Moscow equivalent to Russian T-90 tanks being deployed along the Mexico-Texas border. These fears have been tragically self-perpetuating, as the escalation of tensions in the separatist regions have only led to an increase in calls from some U.S. congressmen to back Ukraine with a NATO defense guarantee, and closer association agreements with the European community drafted on June 27 of this year.

As any government concerned with its national security, Moscow will act accordingly to protect its legitimacy, which involves backing any form of opposition to the new government in Kiev, or any pro-Western movement throughout the former Eastern bloc. This is not a rebirth of Russian imperialism, but rather a reaction to the continuation of Cold War politics from power rivals in the West. As long as NATO continues to push its boundaries closer to the traditionally Russian spheres of influence, there will be an equivalent reaction from Moscow, which without a doubt, can result in casualties of those individuals caught in the crossfire between regional power contenders.

It is said that a successful politician is someone who can effectively adapt to changing times. The Eduard Shevardnadze who was laid to rest on July 7th was not the same man who orchestrated negotiations between the Soviet Union and the West towards the end of the Cold War. The later phases of his political career eventually welcomed advances for his country to join NATO, and he saw opportunity in Georgia’s further cooperation with its former Cold War adversaries. His legacy as Minister of Foreign Affairs under Gorbachev, however, continues to reverberate throughout today’s struggles for supremacy in the Eurasian sphere of influence, making him a continuously relevant figure in modern foreign affairs.

Shevardnadze’s cooperation with Gorbachev, and their refusal to bend under Soviet political traditions, allowed for a relatively stable breakup of the former Soviet Republics; it can be argued that bloodshed on the magnitude of the Yugoslav Wars was not mirrored in the USSR because of the willingness of these men to look to their Western colleagues for a cooperative transition in the global power balance. James Baker recalled in a piece for The Washington Quarterly in 2002, that the end of the Cold War, and his relations with Shevardnadze, were fueled by an idealism which made the probability of future cooperation and integration of Russia into the Western world completely possible; Baker himself drew up plans for Russian NATO candidacy in 1993. However, as politics in the Eurasian sphere return to petty power struggles between Russia and the West, it is clear that the idealism of Shevardnadze was betrayed long ago. 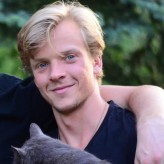