It’s easy to take for granted all those documents that you have in your wallet. Driver’s license and ID, maybe even your passport, or if you’re in a country with national healthcare, then your health card. Don’t forget about bank cards, as well. What if, all of a sudden, they stopped working and when you handed them to someone, say a bank teller, then after a few strokes in a computer, they took a scissor to the document and shredded it? This is what happened in Slovenia in February 1992. With the war of independence just over and war in neighboring Croatia still raging, the government gave a one-month window for people resident in Slovenia but born abroad (specifically in the other countries of former Yugoslavia) to register and receive citizenship to the newly-independent Slovenia. But this one-month window was not particularly widely advertised, and it was very easy not to be aware of it or not to take it seriously. Failing to register at that point meant that all of your records of having existed and continuing to exist within the country disappeared from computer systems and all of your identification documents ceased to function.

Over 25,000 residents of Slovenia, 1.3% of the population, were erased overnight when that month-long window closed. This was a sneaky political decision to try to get rid of as many people from other republics of Yugoslavia who were living in Slovenia as possible. It was nasty and back-handed and it is also a great embarrassment to this day to the Slovenian government. When it happened, people who tried to come forward and talk about it were given the cold shoulder. “Trust in the system,” they were told, “and it will sort this all out.” But the system did not sort them out. Newspapers and the media enforced a blackout on the subject and, since almost all of the major media organs at the time were state-funded, this meant that there was no real way to get the message out, beyond word of mouth. Confusion reigned and was encouraged, to coverup the issue. Families were split apart. Some members had their papers in order, others did not, and the latter were deported.

This is the setting for Miha Mazzini’s new film, his first feature, called Izbrisani (The Erased) and based on his novel of the same title. Mazzini is Slovenia’s most beloved columnist and most successful author in terms of books published abroad. (Full disclosure: he is also a friend, but our friendship is irrelevant to the fact that he writes wonderful novels). He writes in the most anglophone-friendly way among Slovenian writers I know (if you’re curious about the distinction between local and anglophone writing styles, see my article here). He is also a great researcher of the Slovenian character and habits and this is why he is my go-to colleague, when I have a question about the sociology and culture and history of my adopted homeland.

I have lived in Slovenia for nearly a decade and am deeply in love with it, tending to see only the good things and entirely ignoring anything negative. But this chapter of Slovenian history is bleak, particularly in attempts to be blanched out, and is therefore hard to ignore as a glaring negative. I had learned a little bit about it, through a book I am reading called Patriotism for Sale by Matej Šurc. This tells the story of illegal arms sales on the part of some still-active politicians during the Yugoslav War, as well as telling the story of Slovenian war for independence from Yugoslavia, which lasted all of 10 days and was minimally violent, but was full of intrigue nonetheless. The erasure of more than 1% of the population due to their having been born in other Yugoslav republics was tactical, part of the complex and labyrinthine mind games of Slovenia’s war of independence, which was more chess match than shoot-‘em-up, and it is rich fodder for film.

Perhaps it is most surprising that a film has not yet been made on this subject. It is still quite taboo in these parts and this is probably the main reason. In fact, The Erased was made 10 years ago, but it has been a bit of a circuitous and bureaucratic route to get it screened, and it only debuted a few months back, first at the Tallinn Black Nights film festival and now when I saw it at its cinematic premiere in Ljubljana (it will also screen shortly on HBO).

The film tells the story of “the erased” through the tale of a single woman, Ana, who gives birth to a child, but refuses to say who the father is. She was born in Slovenia to parents from elsewhere in Yugoslavia and works at a kindergarten. She missed the window of registration, not having even been aware of it. It is only when at the hospital that she realizes that she is no longer part of the system. The hospital administration tries to keep her inside the hospital while they figure out what the problem is—it is just as confusing for them. In the early days of this erasure, most of the country was entirely confused as to what was happening and the confusion was intentionally fueled to cover up the fact that someone on high had made a decision to, with a stroke of a button, delete so many lives.

Ana struggles to figure out what is happening and has a number of satirical encounters that people with any experience with Slovenian (and I imagine, Yugoslav in general) administration will smile to see. But the movie is primarily about the heavy drama of her attempts to claim her newborn daughter, who is a citizen of the country and has been kept at the hospital in the nursing ward, while she has been cast out and is in danger of being deported. The film is beautifully acted by the lead and tells an important story, ending on a very smart and subtle, just refraining from being too heavy-handed, while still taking the subject very seriously.

There is one scene that stands out, far and above the others. Ana is called before a police official, played by the recently-deceased (far before his time) actor Jernej Šugman, the titan of Slovenian acting. The policeman is obliged to treat Ana as he sees her on paper—as someone without paperwork, who must have smuggled herself across the border into Slovenia illegally. This is what he must do officially, but in fact he recognizes her, and more than that—she is the beloved kindergarten teacher of his own son. The tension in the Kafka-esque act that the policeman must put on, sympathizing with Ana, wanting to help and advise her and comfort her, but officially unable to do so, and at the same time unwilling to admit that the whole situation is a ridiculous charade, because he is human but also indoctrinated into the system, is beautiful to behold. That scene alone is worth watching the film, and is as good an encapsulation of tragi-comic bureaucratic nonsense and the people who inhabit that Wonderland as anything ever created. 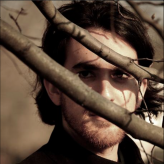