On Charlie Hebdo, knee-jerk xenophobia, and the French far right.

This Sunday, January 11, marked a unity march of more than a million people in Paris in response to last week’s terrorist attacks on the Charlie Hebdo satirical magazine. In attendance were world leaders and French political leaders. The invite list was wide enough to include both Benjamin Netanyahu and Mahmoud Abbas, who stood on opposite sides of François Hollande, but it was not wide enough to include dignitaries from France’s far-right Front National party. Instead, its leader Marine Le Pen attended a separate “national unity” march in Beaucaire, a town in the south of France with a mayor from the Front National. Although we can assume that she was secretly fuming inside, Le Pen even tweeted about her presence in Beaucaire as if she was perfectly okay with having missed out on Paris.

But the little fears and anxieties that rest inside the minds of right-wing demagogues are beside the point. Instead, we should be concerned about how the Charlie Hebdo attacks might hand xenophobic, anti-immigrant right-wing parties the allegiance of more voters—particularly in France, but in Europe as a whole, too. Parties—like the Front National—that have made Islamophobia in some form or another a core part of their message are now certain to claim “I told  you so” rights, no matter that their arguments only make any sense at all at the most superficial level: Some hypothetical immigration quota would not have stopped the Kouachi brothers, who were both born in France, and nativist cultural politics could only increase the isolation and disaffection of young Muslim men in the banlieues. Nevertheless, the analysts who are already predicting a surge in support for the Front National in upcoming elections are probably correct. It remains up in the air, though, whether such a surge would truly mark any real rearranging of forces in the French political establishment.

It is an odd twist to the story overlooked in much international media coverage of the attacks that Charlie Hebdo itself is actually a decidedly left-wing publication. Stéphane Charbonnier, the chief editor and public face of Charlie Hebdo who was killed in the attacks, was a long-time support of the French Communist Party and also worked on its newspaper, L’Humanité. In France, with strong institutional secularism and a tradition of leftist anti-clericalism that, arguably, goes back to the time Voltaire, criticism of Islam need not necessarily come from the anti-immigrant Right. Instead, it can come as a general opposition on the Left in France to all religion, a position which has its roots in the French Revolution itself.

Charlie Hebdo, true to form, has routinely laid its scorn on all religion, with cartoons of zombie popes and anything else you might expect. While the tradition of aniconism in Islam undoubtedly makes depictions of Muhammad vastly more offensive to devout Muslims than, for example, zombie popes would be to devout Catholics, to left-wing secular humanists like the slain cartoonists of Charlie Hebdo, there is no difference. Unlike the system of multiculturalism whereby the differences and particularities of groups are explicitly recognized and—if you’re a liberal—celebrated, the French system of secularism takes each individual as a citizen who is fundamentally the same as any other and sees that citizen’s particularities as ultimately inconsequential to public life. In the English-speaking world and, arguably, in all those many parts of the world where the legal system explicitly recognizes religious, ethnic, or other distinctions, multiculturalism in some form or another is the dominant model. In France, secularism remains the preferred model, but it is actually the right-wing parties like the Front National who espouse something more akin to multiculturalism.

Does this mean, therefore, that a terrorist attack by religious zealots against a left-wing publication is going to wind up feeding the aspirations of a far right-wing political party? Indeed, that would seem to be the most likely immediate outcome. With François Hollande’s approval rating in the gutter, it is not out of the realm of possibility that Marine Le Pen could make it into the run-off round in the next presidential election, just as her father Jean-Marie Le Pen did in 2002. Displaying good sense, the vast majority of the French public did not want a cranky old racist displaying his Vichy nostalgia in the Élysée Palace, and so Jacques Chirac defeated Le Pen in a landslide. Presumably, the same thing would happen with Marine as, in spite of the party’s shockingly strong showing in last year’s European Parliament elections, it is inconceivable that the Front National could take the French presidency, no matter how many disaffected youth pledge allegiance to Al-Qaeda. The Front National might pick up a few more seats in the National Assembly or a few more mayoralties here and there, but those who see an eminent threat of fascists taking over France are, at least for the time being, as ridiculous as those who see an eminent threat of Islamists taking over France.

This doesn’t mean that all is fine and rosy. The fringe Right doesn’t need to take over in order to have elements of its platform leak into mainstream political discourse, especially at a time when any noise on the Left may inadvertently help the Right—as with the Charlie Hebdo tragedy. More insidious, though, is the way that a terrorist attack can shock a society and send it into a spiral of cynical despair. The Charlie Hebdo attacks are already being called “France’s 9/11,” and although the body count is much lower, the fear is much the same and so the long-term outcomes may be, as well. Will the French, perhaps without ever intending to do so, adopt their own version of the PATRIOT Act and the War on Terror? France’s economy remains on the doldrums with no obviously apparent way out, and French-style protectionism has recently demonstrated its fatigue with General Electric’s takeover of Alstom. Will France, like America after 9/11, make counterterrorism into its own bizarre version of economic protectionism by pouring public funds into the security and defense industries? And if France does see American-style police militarization, who will be on the receiving end of the tasers and guns if not the already-disaffected Muslim youth, thereby exacerbating the whole problem?

If the suburbs of Paris end up a few years from now looking like the West Bank, does that mean that Marine Le Pen will secretly feel happy inside? 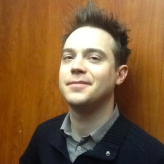 Lawrence McMahon is a historian and writer. He is a Ph.D. candidate at Georgetown University.