After this year’s peaceful Pride Parade, it will be difficult for the Serbian state to cite “security risks” as a reason to ban it.

On September 28th, it appeared that Belgrade finally shook off the violent images associated with the 2010 Pride Parade. Unlike that year, when the Pride was followed by riots that destroyed significant parts of the city, the 2014 Belgrade Pride – the first of its kind after three consecutive years of last-minute bans – went on without any major incidents. In a peaceful and colorful bubble protected by 7,000 riot policemen, a group comprised of one thousand LGBT people, their friends and allies took to the streets. With the mayor of Belgrade, some opposition politicians and four ministers present, it may have been tempting to conclude that the tide had turned for LGBT people in Serbia, that the organizers of Pride, after three years of struggling, had finally won over the Serbian political elite, or to put it in the words of EU Commissioner for Enlargement Stefan Füle, that the Pride was “a milestone in the modern history of democratic Serbia, [which marked a] substantial improvement towards the effective exercise of LGBTI rights”.

However, it is more likely that the Serbian political elite does not see the point of the Belgrade Pride parade, which deeply divides Serbian society, and that they would rather the event not happen at all. As politicians’ views have not changed significantly in the last year, the question remains, “what makes 2014 different? Why can Serbia have a secure, ‘peaceful’ Pride, where it failed to do so in previous years?” One answer to this question is that Serbian politicians (and by extension its so-called “hooligans”) “tolerated” the 2014 Belgrade Pride with an eye on the bigger political goals of Serbia, i.e. its path to the EU.

Throughout its history, the Belgrade Pride has always been dependent on the sensitive calculations of the political elite to balance Serbia’s EU perspective with domestic political goals (the Kosovo issue in particular, but not exclusively).

After two failed attempts in 2001 and 2004, Serbian LGBT activists were encouraged enough by the adoption of EU-required anti-discrimination legislation to retry organizing Belgrade Pride in 2009. However, after threats of violence by extreme right groups and despite state assurances that the Pride Parade would receive the necessary police protection, the state decided 24 hours before the event that Pride could not happen in the center of Belgrade and should be moved to the periphery of the city. Activists interpreted this government decision as a de facto ban of Pride and a state capitulation to the extreme right, and consequently decided to cancel the event. As this first ban was met with criticisms from the EU, the pro-EU government in 2010 needed to show Serbia was serious about its “path to the EU”. The focus on security issues in the debates surrounding the 2009 Pride, furthermore, created a domestic need to maintain the Pride Parade. The government needed to regain public support by illustrating that security was being taken seriously and that the state was able to protect it citizens. The final push in favor of the 2010 Pride Parade was the fact that the government was able to use the EU pressure to externalize responsibility for Pride: it could blame the EU for the event and its consequences domestically, while in the international arena it could claim credit for allowing the Parade, which was quickly labelled the first successful Pride in Serbia.

The next few years, the benefits of staging a Pride Parade did not outweigh the costs for the Serbian elites. With conflicts at the Kosovo border in 2011 and upcoming elections, the political elite did not see any benefit in supporting Belgrade pride. At the international level, the EU signalled with its positive opinion on Serbian application for membership and the prioritization of the normalization of Serbia-Kosovo relations in the enlargement strategy, that for the time being the EU would turn a blind eye to bans of the Pride Parade — as long as progress was made in other, ostensibly more important, areas. Similar calculations were made in 2012 and 2013. The EU responses to bans of the Pride Parade were rather mild, and within the enlargement process, Serbia was rewarded for it progress on the Kosovo issue, with the Brussels agreement between Belgrade and Pristina (April 2013) and the opening of accession negotiations with Serbia (January 2014) as the key turning points.

Why did the Serbian government opt not to ban the Pride this year? In many ways the political situation compares to that of 2010, however, some difference on the domestic level can be discerned.

At the international level, we find that just like in 2010, there has been increased pressure from the EU to proceed with Pride. After the Brussels agreement and the EU’s decision to open accession negotiations with Serbia, the European Commission for the first time explicitly condemned the Serbian government’s lack of political will to go ahead with the Pride Parade in its 2013 progress report. Additionally, in the 2013-2014 enlargement strategy paper, the EU identified LGBT rights (along with the Pride Parade) as a key priority area in the assessment of fundamental rights in candidate countries for the first time. With these two documents, European pressure on Serbia to maintain Pride in 2014 increased substantially. The attack on the German participant of an LGBT conference in Belgrade two prior to the Pride Parade intensified international focus on this year’s Pride Parade.

Domestically, the political situation was favorable for a Pride Parade as well. With a landslide victory in the May elections, Prime Minister Vučić did not have to worry about any upcoming elections or any other immediate costs associated with the Pride Parade. Furthermore, the three previous bans – based on security risks – again raised questions as to whether or not the state was capable of protecting its own citizens. Contrary to 2010, when the Pride Parade was framed as an EU requirement, Vučić made this year’s event about security. Days before the event took place he said, “I respect the constitutional obligations of the state and it is my obligation to guarantee safety and security to all citizens.” Rather than externalizing responsibility for the Pride parade, the current PM made sure a successful pride would be regarded as his victory, a showcase of his ability to make Serbia a country that respects its constitution and the rule of law. At the same time, however, Vučić made it clear – most likely to reduce the political damage the Pride might have caused – that he did not necessarily support the event, emphasizing that he would not attend it and that there were more important issues for Serbia (e.g. the recent floods).

The final difference between 2010 and 2014 is the lack of violence. Apart from some minor disturbances (the attack on B92’s offices and the torched bus were the worst examples), the streets of Belgrade remained peaceful. Even the protest walk after the Pride happened without any incidents (apart from homophobic and nationalistic chanting). The lack of violence again raises questions (which I cannot answer here) about the link between the Serbian state and so-called hooligans, which are used by the state as an informal security apparatus and a tool to pressure the EU. Whilst the outburst of violence and the threats to national security were beneficial for the Serbian state to pressure the EU to give Serbia more leeway on other issues (such as Kosovo; see Nielsen [2013]), such violence would not have benefitted the state this year. And indeed violence remained largely absent. Whereas Dveri (one of the right wing organizations) warned the government in May that Pride might lead to “war on the streets of Serbia”, their protests last weekend remained peaceful. 1389, another right wing organization associated with previous anti-gay attacks, even explicitly called upon protesters to refrain from violence this year. Although there is no hard evidence linking the state and these right-wing organizations, the reduced security threats and the fact that Vučić thanked those opposing the Pride Parade for refraining from engaging in violence and for their understanding of Serbia’s position in a press conference after Pride. This does suggest that the state was able to “convince” these right-wing, patriotic groups that violence would not be beneficial for Serbia or the groups themselves. (For more on this topic, see Rory Archer).

In summary, it can be said that rather than allowing the Belgrade Pride, both the state and the so-called hooligans “tolerated” it for the sake of Serbia’s interests, i.e. its European Path. While this might mean that the factual victory of the Pride organizers over the State and their aggressors is only minimal, the symbolic gains are far more elaborate. In the years to come it will be difficult for the Serbian state to cite “security risks” as a reason to ban the Pride parade. The precedent created by this year’s event and continued scrutiny on the part of the EU during the accession process have de facto taken away Serbia’s only legal argument to ban Pride Parades. Therefore, it is quite likely that the Belgrade Pride will gain momentum and become a recurring annual event; that is, as long as Serbia stays committed to its EU path and the state remains capable of keeping these so-called hooligans under its control.

A shorter version of this article has been published on Queen Mary University of London’s Experts’ Blog. 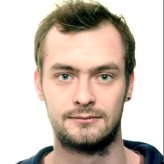