A Bosnian friend recently told me a joke. In translation, it goes something like this:

Sometime after the Yugoslav wars of the 1990s, a Serb, a Croat and a Bosnian get into a pissing contest over national sports teams. The Serb brags, “We have the best basketball team in the world—we’ve won the European and the World championships, we’ve got the likes of Divac, Peja Stojaković, Đorđević…” The Croat retorts, “That’s all fine and dandy, but we’re a menace when it comes to football—third place at the World Cup and Šuker won the Golden Boot…” The Bosnian sits quietly, deep in thought. Eventually, he speaks up, “That’s nothing: we’re the best team in the world in sitting volleyball—we won the European Championship five times in a row and the Paralympic gold and we’re reigning champions of the world…” The Serb and the Croat reply in unison, “Yeah, well show some fucking gratitude then.”

It’s a sad, sad joke in essence, but we couldn’t stop laughing. I’ve heard this joke (or rather, its more potent version in the original language) on a number of occasions, but it still makes me laugh every time. Forget sitting volleyball – Bosnians are the reigning champions of jokes at their own expense, a position they’ve held at least since the war that nearly tore the country apart.

The key ingredient in all Bosnian humor is the fact that everyone is deeply aware of the pain that’s inherently there, always evident to everyone involved. This is as much intentional as it is necessary; it opens the door for empathy and catharsis ever so slightly. Humor, in this case, is just a tool, a means for the pain to go away, even if only for a brief moment. It makes sense, then, that humor was the most readily available coping mechanism in a country besieged and systematically destroyed by what was then one of the ten strongest armies in the world. It also makes sense that it’s still the most common cure-all in a society where an estimated one-third of the population suffers from PTSD.

Unfortunately, humor in which pain is not imbued with empathy becomes a weapon turned against the victims. That’s why I am so deeply disturbed by the fact that Seth MacFarlane, a well-known comedian and the highest-paid writer-producer in TV history, could so carelessly share a random tweet that exploits the tragedy of Sarajevo civilians running for safety from sniper fire for a brief laugh from his Twitter faithful. The original tweet by one Mark Leggett from New Zealand (who is, judging by his Twitter account, pitifully humorless), comprises a photo of several people carrying bags of food while crouching behind a concrete wall for cover against indiscriminate fire, accompanied by a caption reading: “WACKY FACT: The sky in Sarajevo is around 5 ft. off the ground.”

WACKY FACT: The sky in Sarajevo is around 5 ft. off the ground. pic.twitter.com/GMUNG6h2GH

I’d like to let that sink in for a minute. For the sake of the few who may still find this funny, it’s important to put things into perspective by mentioning that this is a joke at the expense of 5,434 civilians, including 521 children, killed during the longest siege in modern warfare. This joke, if you can call it that, is also at the expense of numerous others that were killed, maimed and made to flee their homes as Europe was experiencing the worst genocide since World War II. This cruel, vicious excuse for humor is also ignorantly dismissive of the fact that mass rape and psychological oppression (an example of the latter evident in the photo in question) were used as a weapon of war to such an extent that the Hague Tribunal treated them as war crimes for the first time in history. Still think it’s funny?

The siege of Sarajevo and the war in Bosnia have been old news for a while now, and while MacFarlane’s grossly negligent retweet has received mainly negative reactions pointing out its poor taste, it’s likely that if it weren’t for this article, most of you would not have heard about it. When it comes to media response, it might well be that only those of us who have experienced these events first-hand will raise any kind of voice against this flippant treatment of our personal and collective traumas.

I am not saying that only card-carrying members of those who suffered have the right to joke about war; I am deeply against any kind of institutional or systematic (self-)censorship. Rather, it is this banalization of violence against the unnamed and underrepresented by those who can influence the opinion of the masses with a single tweet that is at the root of my indignation, because it creates an atmosphere in which disinterest, inaction and eventually, a complete lack of empathy, are bound to thrive.

Neither am I saying that joking about a war should only be reserved for “insiders”. In his graphic novel The Fixer, Joe Sacco gives a brilliant and thoroughly humorous account of the anxiety-inducing predicament of a Bosnian war veteran faced with poverty and insignificance. Susan Sontag’s 1993 production of “Waiting for Godot,” sardonic in its own right, was also known as “Waiting for Clinton.” A well-known British photographer, Paul Lowe, in his recent retelling of his first visit to Sarajevo showed that humor was present even in the most perilous of situations:

“The first time I came to Sarajevo I drove from Split with the British photographer Tom Stoddard in a Lada we bought from [the ads]. We drove through the mountains via Jablanica, and got to the last Serbian checkpoint at the start of the ‘Sniper Alley.’ We had been told by another journalist in Zagreb that you could either drive straight down the road to the Holiday Inn, which was the most exposed way, or risk taking the back road where you might get lost and end up on the front lines, so we decided to drive as fast as we could straight to the Holiday Inn.

Tom drove the old car as fast as it could go, and we set off hoping that a sniper would not target us. We had gone just a few hundred meters when a soldier jumped out holding a Kalashnikov, and held up his hat for us to stop. We pulled up fast, afraid it was an ambush or the road was maybe mined. We wound down the window, and the soldier leaned in and said, in good English, ‘Are you from London?’ When we replied ‘Yes’, he said, ‘I thought so, you are driving on the wrong side of the road, here we drive on the right. Be careful, you might hurt someone!'”

Another important aspect of MacFarlane’s two-bit digital soapbox arrogance is that it lacks the moral courage displayed by those who joked about their situation while under incessant fire. In fact, humor in the face of potential annihilation by a significantly stronger enemy was a powerful weapon of resistance for an entire generation of writers, filmmakers and artists. Karim Zaimović, a Bosnian literary wunderkind who was killed at the painfully young age of 24, combined humor with fantasy in his radio dramas, which he read on-air during the worst months of the siege in an attempt to help his listeners retain at least a modicum of sanity. Dario Džamonja wrote stories featuring himself as a tragicomic hero; he poked fun at his own inept, naïve and emotionally flawed self to make the bitter truth of his tales as unvarnished as possible. Danis Tanović also used a lot of dry wartime humor in his Oscar-winning film No Man’s Land. A well-known scene in which a Bosnian soldier in the trenches reads the newspaper and is sincerely shocked by the situation in Rwanda is one of the film’s highlights. What’s little-known is that this dialogue is lifted verbatim from a scene that took place in real life.

MacFarlane, in all of his smugness, showcased an ego-driven superiority complex that effectively closed the door to any kind of dialogue, and you would think that it is his job to know that the main purpose of humor is to do the opposite — to create the much-needed space for dialogue in any type of conflict. The horrible thing is, he is the one who missed out on learning something new about the world that he inhabits that will stay oblivious to him in his painless Beverly Hills existence. Painless, in this case, inevitably boils down to soulless. 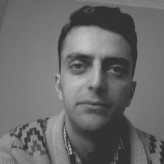