Courtrooms across Serbia were empty again on Monday, as lawyers took to the streets to protest against new legislation that they say restricts the free practice of the legal profession and is moving the country away from a modern democratic society.

Monday’s protest in Belgrade was the most visible manifestation of the lawyers’ strike that has found support from Bar associations in Romania, France, Croatia, Turkey, Greece, Slovenia, and beyond since it began a little over a month ago. Organized by the Bar Association of Serbia, which governs the country’s roughly 8,500 lawyers, the strike has effectively stopped legal proceedings in civil and criminal cases throughout the country.

Chartered buses filled with lawyers from far off cities arrived in Belgrade on Monday at around 10:30 in the morning, and delivered passengers to a crowd of their colleagues in front of the Serbian government building. The crowd of legal professionals continued to swell to an estimated 3,000, and by noon, they had blocked the intersection of Nemanjina and Kneza Milosa, two major thoroughfares in the center of the capitol.

Lawyers protested against legislative changes that now prohibit them from drafting real estate contracts and contracts related to matrimonial law and inheritance law. This authority has been transferred, in its entirety, to public notaries. Critics warn that the monopolization of such services will negatively impact the right of citizens to choose legal counsel, and could impact their privacy, since notaries are not bound by the confidentiality guarantees of client-counsel privilege, but are obliged to provide the court with any and all case documents upon request.

The new law even raises questions about issues of fairness and neutrality.

“Notaries are not independent, because they are appointed and dismissed by the Ministry under the conditions established by the same Ministry,” reads one statement issued by the Bar Association of Serbia.

Protesters also said that they opposed the fixed-rate tax system for lawyers and demanded a tax based on income — along with a 10 percent reduction in the contribution attorneys will be expected to make this year owing to the generally dismal state of the economy.

Finally, the lawyers are also demanding the resignation of Serbia’s 31-year-old Minister of Justice Nikola Selakovic. The Bar Association of Serbia’s website explains: “Mr. Selakovic’s insolence, arrogance and incompetence, together with his humiliating attitude to lawyers, are unprecedented in the country’s history. What disqualifies the young Minister as a negotiator with representatives of the centuries-old legal profession is his manner of communication through ultimatums and threats of criminal prosecution.” Lawyers have said that they will not accept a partial fulfillment of their demands.

The unified strike continues despite its preventing lawyers from appearing in prosecutor’s offices, police stations and, most notably, courtrooms – leaving lawyers’ clients without representation during trials. Lawyers who fail to fulfill these obligations could face fines or a revocation of bar privileges by the association.

Selakovic emphasized this last detail in a letter to Bar Association president Dragoljub Djordjevic, in which the minister suggested that the strike was unconstitutional because it violated an individual’s right to choose whether or not to partake in a strike. He also said that the strike prevents citizens from exercising their constitutional right to legal representation.

“These are only a few of the rights of citizens of which the Bar Association of Serbia, in its attempt to temporarily abolish the advocacy, deprives the citizens and introduces an imbalance in the constitutional and legal order to the detriment of the citizens,” the letter reads.

Selakovic has been under heavy scrutiny this month. The Anti-Corruption Agency, which monitors the activities of the Serbian government, also called for Selakovic’s resignation a few weeks ago. The agency claims that when he was a member of the State Prosecution Council and High Judicial Council, he used his position to secure personal benefits for two of his advisors in the Ministry of Justice.

He spoke out against the accusations, and said that making them public was illegal, but did not formally deny them. Instead, he attacked the Anti-Corruption Agency in the popular daily Blic — by asserting that it was the agency’s own employees who were corrupt. Selakovic offered no explanation or evidence to support this claim.

“I respect laws of my country and will respect every lawful decision made by its authority. But I don’t appreciate being preached to by those who have their hands dipped deep into honey,” he said.

The Ministry of Justice’s new legislation not only grants notaries the exclusive right to draft important contracts, it also significantly increases their cost. In addition, the law presents problems related to supply and demand (there are only a few hundred notaries in Serbia), and puts clients looking for fair representation in a precarious position.

The official strike announcement elaborates on the potential for conflicts of interest. “The state cannot authorize notaries to represent the parties before the courts regarding documents prepared by the notaries themselves. This is particularly the case with bilateral or multilateral contracts, which would obviously involve a conflict of interest. Which side will a notary represent with regard to the document he/she prepared?”

Some in Serbia even see the controversial changes as a move to control a profession of intelligent, affluent citizens with an independent income and influence on the greater society through their interpretation of the law.

“Lawyers are victims of arrogance followed by incompetence,” political analyst Aleksandar Popov said. “At the moment, the lawyers are being targeted. Tomorrow it will be someone else and in this country nobody can feel good.”

The Association for European Integration (AEI) issued a letter in support of the lawyers’ strike in which they called the changes in question the worst “demonstration of the denial of European values” the organization had seen in its 12 years. AEI also added that the recent developments “represent a danger to Serbian society as a whole, not only for the legal profession.”

The letter was signed: “with hope that the Bar Association will be the one that will prevent further destruction of democracy in Serbia.”

Text and photos by Mark Watkins 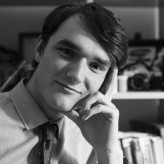