At 10:30 pm on Monday, 9 November 2015, a man from Mostar called Zoran Mandlbaum died at the age of 69. He is survived by a large family. I’d met Zoran quite a few times. He and his brother Zigmund were on the trip up to visit the memorial to the WWII camp in Đakovo. I spoke mostly with Zigmund, who can speak both German and Italian. Zoran would sit smiling, eating, rumbling out the odd remark and asking abrupt questions. I then met him again in Stolac (I think), and subsequently, several times in Bosnia’s capital, Sarajevo.

This is where I have to admit a degree of ignorance. Back some time in 2012, I watched a documentary from the Institute for War and Peace Reporting (IWPR), about one Zoran Mandlbaum, the ‘Jewish go-between’ in Mostar during the Bosnian War, where initially the Serbs fought the Croats and the Muslims, and then the Croats fought the Muslims too, ultimately splitting the city in half. Zoran Mandlbaum was the head of Mostar’s Jewish community at the time. Realizing that (for once) his Jewishness had not conferred on him the exclusive status of victim, nor had it placed him in the direct line of fire, Mandlbaum set about to do the best he could to help those around him – and help he did: At one point, he even managed to persuade the Croat army to give some precious fuel to the Muslims, so that they might power the generator in the their hospital. He took food and supplies into the concentration camp at Heliodrom, a brutal place run by the Croats wherein Muslim and Serbian men were killed, tortured, beaten, starved and sexually assaulted. Zoran managed to make his way into the camp and provide what help he could.

These efforts were rewarded with an attempt on his life, perpetrated by the local Croat army, the HVO, who blew up his car.

Nevertheless, he continued, and consequently there are people alive in Mostar today thanks to this man’s simple, powerful, drive to help. This Zoran Mandlbaum knew the cost of ethnic violence, his mother’s family having been wiped out during the Shoah. After watching the IWPR film, I shared the Youtube link with everyone I knew. People like Zoran gave me hope for Bosnia’s future — for everyone’s future.

And so it was the Zoran I shared gulaš with in Đakovo who was the same Zoran whose story had so powerfully moved me so long ago — and it was not until the Sarajevo-based Post-Conflict Research Centre (P-CRC) shared the news of his death this past week that I was able to make the connection between the two.

I watched the film again. Then I watched another quite powerful documentary made by the UN award-winning P-CRC’s Velma Šarić for their Ordinary Heroes project, a series of short documentaries filmed by London-based Mirko Pincelli’s Pinch Media. Ordinary Heroes charts the stories of people who refused to allow themselves to be compromised by the destructive narcotic of nationalism that fueled the war in Bosnia, and stood with their friends from ‘other ethnic groups’, ultimately saving their lives. The films are incredibly powerful, and should be seen not only in Bosnia, but everywhere else. To know a little more about Zoran, to understand what he did, to preserve his legacy and the hope it brings, you must find 10 minutes to watch these films. Both P-CRC and IWPR have done something so significant that they may not have realized at the time just how important and powerful the result of their efforts would be. I watched Zoran walk around his native Mostar, narrating his experiences, heralded with genuine love and respect by those around him who he saved and helped, Muslim and Catholic alike — particularly the young couples he helped reunite by smuggling one or the other across enemy lines.

I was struck by the unspoken, yet unmistakable elements of faith that stood out. How religious a man Zoran was I don’t know, and maybe it’s even somewhat presumptuous to write this, but as I watched I was reminded of the Rabbi Hillel’s charge: In a place where there are no men, strive to be a man (Pirkei Avot 2:6). As Mostar descended into hell, Zoran strove to be a man, a mensch. He worked to bring tikkun olam, the concept lying at the heart of Judaism that asks people to ‘mend the world’. Wherever possible, Zoran did his best to mend what he could:

I’m the kind of man who just wants to help, when I see an injustice being done to someone, I want that person to overcome it and feel better. So, [I’m] just an ordinary man willing to help anyone.

In the end, he performed this duty quietly, yet with that same sense of purpose which emanated from him when we first met — so quietly, in fact, that I did not initially make the connection between the Zoran in the IWPR documentary and the Zoran that I met. Neither reward nor recognition seemed to have featured in his thinking about the world, which is why these films, especially the most recent, more detailed of the two, are such a blessing and a tribute… and maybe why I feel, as I sit here writing this — having met him just a handful of times — a very real sadness.

I wish I had remembered him. I wish I had — then maybe I could have thanked him, but then perhaps it was better to meet him just as he was. Now all I can do is ask you to watch these films, and to try and ensure this ordinary hero — a credit to his faith and his community — is not forgotten.

– Baruch Dayan Emet – “Blessed is the true judge.”
The original version of this article was published on Richard’s website, Light Remains Light. He has generously given us permission to republish it here.
Liked it? Take a second to support Balkanist on Patreon! 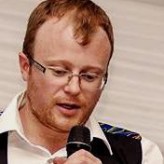 Richard is a masters student at Uni Graz's CSEES, living in SJV. He first visited the Balkans in '07 and is passionate about conflict-prevention, learning much of what he knows through previous work for UK based gen-prev NGO Aegis Trust. Currently he is focusing on the role of memory and memorialisation in conflict/genocide prevention.