You know how it goes. You’ve been listening to, perhaps even vaguely enjoying, a tunefully inane pop song for a couple of minutes when suddenly a guest rapper bursts in, aggressively spouting a stream of syntax that goes straight over your head and seems to have nothing to do with the song. Then 10 seconds later, the chorus comes in again and things go back to normal. How did the incongruous guest rap become such a commonplace feature of Anglo-American pop songs? Is it in danger of expanding to other areas of life? Will future US presidents hand over to an aging Pitbull two-thirds of the way through their inaugural address? Will your doctor soon be interrupted during his explanation of your cancer treatment by a dollar-bill-throwing T-Pain offering you a cup of purple drank? Commonly used to add a veneer of urban credibility to mainstream pop songs – to make something very white a little bit blacker, essentially – the guest rapper is now such an ingrained trope in Anglo-American popular music that even Rebecca Black’s Friday had one. Unsurprisingly, Serbia’s megabucks pop industry has picked up on this trend in the past few years and successfully adapted it for the local market, picking a gaggle of previously obscure rappers and thrusting them into the commercial spotlight. Like a litter of enthusiastic puppies, they’re almost impossible to contain, constantly bounding into other artists’ songs and spilling over into every other music video, often two at a time, in a sort of Brownian motion of consonant-spitting gym bunnies. With so many of these similar-looking, permatanned reperi competing for attention, whether with their own songs or gatecrashing other people’s, it can be hard to remember who’s who – which is why I’ve created this handy guide. (If you’d rather explore some actual credible post-Yugoslav hip-hop – and you probably should – start with this excellent introduction by Laura Autton-Wise and check out artists like Dubioza Kolektiv and Who See on Spotify.)

Identifying features: Always smiling. This is because young MC Stojan, real name Marko Stojanović, is living the modern-day Serbian dream. Just a few years ago, he was a gawky, plump adolescent uploading his own amateur rap videos to Youtube, dressed in a rather-too-revealing bathrobe. Now, he’s a buff orange superstar with seemingly countless hits under his belt who plays to packed clubs around Europe – the true Balkan Pitbull and the reigning king of Serbian party music, celebrated by young people at home and throughout the diaspora.
Skillz: Can sing as well as rap. Wikipedia: “His songs are usually full of lyrics about sex, or eating.” Sounds like a muškarac after my own heart. He’s obviously doing something right.
Hotness: I wouldn’t kick him out of krevet. You have to reward him for all the hard work he put into his physique, right?
Prolificness: Ubiquitous from 2011-2013, mercifully quieter recently.
Best moment: Volim te, U srce pucaj mi, Ti i ja and his other hits and appearances are all great, but the song that most perfectly encapsulates the Stojan ethos and pushes it beyond the point of parody is Kakva Guza (“What An Ass”), or as it will undoubtedly be known to future musicologists, “Stojanović’s First Kakva Guza Symphony in D Asscrack Minor”.
Funniest moment: Being broken out of hospital by a man in a Superman costume (Serbian Youtube star Gasttozz) in Ne znam gde sam.

Identifying features: Speak-sings rather than rapping conventionally, and his parts are always heavily studio-processed. Looks like a sort of middle manager or insurance salesman who won a competition to appear as a guest rapper on television.
Skillz: Effective gesturing, first-rate posturing and superb idling. Normally to be found standing at one side of the stage trying to look useful while waiting for the singer to finish the chorus so he can perform the rest of his rap. He’s really good at that.
Hotness: I’d rather bump into him than Robin Thicke on a dark night.
Prolificness: Occasionally called in by the studio to enliven/spoil (depending on your perspective) songs by Jelena Karleusa, Milica Pavlovic and no doubt others in the future.
Best moment: Rocking a tux, being suave and getting the girl in the Alibi video; coming out of Ferrari less badly than everyone else.
Funniest moment: Being upstaged by JK’s butt in So; standing around doing nothing for most of the song every time Alibi is performed on TV.

Identifying features: Rarely heard performing in his native tongue, MC Yankoo prefers to rap in rudimentary English in a comically fake American accent.
Skills: Standing around in shades, saying his name, going “Yeeeaaaah!”, being ungrammatical.
Hotness: Hard to judge when he’s always in those shades. But as long as he keeps his mouth shut, he’s not exactly going to shatter any mirrors, is he?
Prolificness: Inexplicably appears on everything. Called in by producers every time they want someone to rap in English (however badly) to add international flair.
Best moment: Actually rapping in Serbian in Zvuk; managing not to entirely ruin In Vivo’s 2013 summer hit Ruza; rhyming “work” with “twerk” in Uvek kad popijem before being upstaged by Dara Bubamara’s gigantic new breast implants. (Speaking of which, has anyone seen Right Said Fred recently?)
Funniest moment: Wearing a blond wig and announcing “We’re here to make a party” in the appropriately named Balkan Shit; expressing his desire for “dirty ass” in Kakva Guza. (I’m sure the local donkey sanctuary can help out there.)

Identifying features: King of gangster chic. Impressive arm muscles. Shades possibly glued to face.
Hotness: The stubble, shades and tough-guy posturing – and those arm muscles – definitely make an impression. The terrifying images on his Facebook page of him firing guns while showing off his perfect abs, and clasping a rifle across his rippling six-pack in the midst of a photoshopped warzone, also make an, uh, impression. I think his creative team (led by Dejan Milicevic, again) is perhaps taking gangster chic too far. Though before we start singling out Serbia for having a violent aesthetic in some of its music videos, let’s remember that this takes its cues directly from US hiphop as well as stars like Gaga, who at the peak of her popularity in 2009-2010 made three successive videos that showed her murdering people in a glamourised fashion (Paparazzi, Bad Romance, Telephone).
Skillz: Co-wrote Krimi Rad, Serbia’s biggest hit of 2012, as well as the blingtastic Milion Dolara by Ana Nikolic in 2013. Before his mainstream success, Teca was active in the Serbian hiphop scene under the name Teror Teca. Before that, he worked in a shelter caring for rescued kittens (or so I like to imagine).
Prolificness: Just the above. After his success with Ana Nikolic last year, will we see him write for more artists in future? Will there be a Teca album? And if there is, will he be shirtless astride a rocket launcher on the front of it?
Best moment: Most people would say Krimi Rad, I’m actually gonna say Milion Dolara.
Funniest moment: Krimi Rad’s follow-up, Ferrari, which was no-one’s finest hour.

Identifying features: Understated mohawk, friendly eyes, likes to act out song lyrics in gesture form during TV performances. When the vocalist sings “spava”, he makes a sleeping gesture; when she sings “ne” or “nema”, he wags his finger. In other words, Sha syncretizes rap and sign language into a true gesamtkunst, y’all.
Hotness: What really works in Sha’s favour is that unlike practically everyone else in this article, he doesn’t pretend to be macho. He’s your friendly local guest rapper who’s here to do the job, do it well, enjoy himself and make sure you do too. Like a kindly, ever-smiling grandfather transplanted into the body of a tattooed twentysomething, he’s just happy to be there and always makes you feel welcome. And he looked great shirtless with Jadranka Barjaktarovic in Fatalna too.
Skillz: Dobro. He’s good at what he does and his guest raps typically fit in well with the song.
Prolificness: Sha’s star is rising – over the past 2 years, he’s appeared not just on more and more songs but better and better ones, to the point that his presence now almost feels like a guarantee of quality. Works with a variety of collaborators, but most frequently with DJs Shone and Mladja and singers Ivana Selakov (Igraj dok postojiš, Nema plana), Mia Borisavljević (Bumerang, Lepota balkanska) and Katarina Zivković (Ljubi me, Ludo srce) – and it’s his songs with these, especially Ivana and Shone, that have consistently been the best.
Best moment: I love Nocas tvoja sam in addition to all of the above, but I have to go with Nema plana, released in June – it’s the genuinely uplifting summer party hit of the year, one that’s been such a success precisely because it doesn’t copy the standard summer-hit formula laid down by In Vivo’s smash Moje Leto (My Summer) two years ago and copied by many others since.
Funniest moment: Performing his guest rap in Etiketa while wearing a flamboyant silver-studded headpiece, intercut with shots of shirtless dancers in fetish gear.

Identifying features: Eyebrows? Looks like a younger, less camp Michael Wendler.
Hotness: Yeah, he’ll do.
Skillz: More than just a party rapper, Cvija has a fair amount of good-quality solo material and has collaborated a lot with other rappers and appeared on mixtapes – he occupies the crossroads between commercial party rap and the Serbian hiphop scene.
Prolificness: Very. But like Sha, he picks his collaborators well.
Best moment: Visually, pulling off a waistcoast, cloth cap and butterscotch trousers in Nema te without looking like a hipster. Musically, Diskoteka is a pretty great “get the party started” song, and Djipaj is awesome.
Funniest moment: Accompanying Dara Bubamara on a girls’ night out in Noc za nas.
I for one heartily embrace Serbia’s party rapper overlords, even if it can be hard telling them apart, not to mention keeping track of (or avoiding) their output. They make vibrant, accessible, fun music for ordinary people to enjoy – and who, apart from those who look down on ordinary people’s cultural tastes, could have a problem with that? Commercial Serbian rap has come a long way since Ivan Gavrilovic put pedal to the metal in 1994. Here’s to the next 20 years!
Liked it? Take a second to support Balkanist on Patreon! 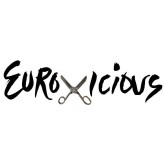 A professional translator and proofreader for 10 years who speaks English, German and Dutch, eurovicious is passionate about Central and Eastern Europe, post-communist pop music, and Polish and Romanian cinema. Self-employed since 2012, he writes critically on popular music for Balkanist and Sofabet, and maintains Spotify's most popular Balkan music playlist.