Why has the Dubai-inspired Beograd na vodi mega-project been met with relatively little resistance across Serbia? Ian Bancroft argues that Belgrade’s physical landscape is no stranger to radical ruptures and redevelopment. In addition, he argues that embodied in Beograd na vodi is the promise of Belgrade’s return to the world stage.

It is often said that Belgrade has been destroyed and rebuilt over forty times, with twice as many wars or battles apparently centered on or around the ‘White City’, though such figures have long been disputed. Such ruptures have significantly affected not only the city’s physical appearance, but attitudes towards its very development. The latest perceived rupture is ‘Belgrade on the water’ (Beograd na vodi in Serbian): a Dubai-esque complex of residential and commercial property being erected on the banks of the Sava River. Despite the fact that the development will dramatically transform one of Belgrade’s prime locations, resistance has been rather muted. Situating the project against the backdrop of the city’s very history, however, helps explain part of this passivity, whilst providing new direction for future activism and critique.

Belgrade is a city of radical ruptures – some deriving from external invasion, others fomented from within – which have fundamentally altered its aesthetics and outlook. At the juncture of the Sava and Danube Rivers lies Kalemegdan, the core of the city, whose fortress was transformed over the centuries by, amongst others, the Celts, Romans, Bulgarians, Byzantines, Ottomans, Austro-Hungarians and, finally, the Serbs. This panoply of influences left an indelible mark on the city. Belgrade reluctantly absorbs styles and shapes them in its own image, yet awaits with trepidation the next unforeseen purge of what came before. In more contemporary times, the city has been shaped by the emergence of a Serbian kingdom, Two World Wars and subsequent attempts at modernisation, the collapse of Yugoslavia and sanctions regimes, followed by NATO’s 1999 intervention and post-2000 market-led transition.

Belgrade’s own sense of self has been heavily impacted by the rise and fall of Yugoslavia, especially the loss of global standing garnered from its role as a leader of the Non-Aligned Movement. The death of Tito and the end of the Cold War meant that the city could claim only to be a regional as opposed to international capital (though one often despised, rhetorically at least, by many of its neighbours). The pomp and ceremony of the socialist years, and the colourful delegations of world leaders, quickly become a thing of the past. Today, legacies of mass administration abound; the National Assembly (which once housed representatives from Yugoslavia’s six Republics and two Autonomous Provinces), the Palace of Serbia (formerly the Palace of the Palace of the Federal Executive Council of Yugoslavia) are all reminders of Belgrade’s shifting and diminishing purpose. Embodied in Beograd na vodi, therefore, is the promise of a return to the world stage — a world not of non-alignment, but of global capital. Even though the city’s residents may struggle to experience this elevated standing, the development offers an opportunity to restore some of the lost pride of the last twenty plus years.

These various ruptures remain visible on many of Belgrade’s disparate streets, where historical phases or events are witnessed in unexpected places. Dragoslava Jovanovica, for one, a rather non-descript street in downtown Belgrade, linking Terazije to Nikola Pašić Square, embodies Belgrade’s curiosity and seeming curse. It is a street devoid of consistency and, in many respects, charm. A pre-fabricated socialist construct sits sandwiched between two buildings from the interwar years; one renovated, the other stained by the White City’s traffic. And yet this street is not unique. It is a theme that is repeated across the city. Belgrade has experienced a litany of failed histories – some of its own making, some the failures of others – that are etched into face of the city.

The rupture of post-war socialism, for instance, brought with it an era of pre-fabrication as epitomized by New Belgrade (Novi Beograd), where much of the city’s vitality and energy can be found today. The Institute for the Testing of Materials (IMS) of the Yugoslav Social Republic revolutionised prefabrication, facilitating its export not only throughout Yugoslavia, but to the Eastern and Western Blocs, as well as the Non-Aligned Movement. Beograd na vodi is, in many senses, an example of twenty-first century pre-fabrication, now being imported into – or imposed upon, depending upon one’s point of view – a city which is itself no stranger to such pre-conceived forms.

Despite the project’s profound and permanent ramifications, however, opposition has thus far been relatively muted. A large yellow styrofoam duck is the symbol of a campaign implores citizens to ‘Let us not drown Belgrade’ and to prevent a ‘bourgeois waterfront district’; whilst various architects, notably the Academy of Architecture of Serbia, have voiced their aesthetic and urbanistic concerns. Much scepticism remains about whether the project’s respective phases will ever be completed, whilst others point towards the lack of transparency of the deal, particularly the Lex Specialis that paves the way for construction. Protest momentum, however, has been tough to generate and sustain, with a broad-based citizens’ movement yet to materialise.

The various disruptions which have shaped and scarred Belgrade have often left its citizens feeling they had little or no influence over its evolution. And yet throughout the course of its history, Belgrade’s residents have demonstrated profound forms of resistance to internal and external ruptures. Most famously, during the Second World War, the ‘Better the grave than a slave, better a war than the pact’ (Bolje grob nego rob, Bolje pakt nego pakt) protests voiced Belgrade’s opposition to Yugoslavia’s accession to the Tripartite Pact. More recently, the overthrow of Slobodan Milosevic placed Belgrade and the Otpor! movement at the centre of democratic liberation, making it a temporary model for other revolutions. The relative passivity, ineffectiveness and growing irrelevance of activists since, however, has fostered a sense of amnesia that renders the energy and enthusiasm of October 5th, 2000 a distant and hazy dream.

And yet there is a more recent example worthy of mention. The occupation and revitalization of an abandoned cinema, Zvezda, by the ‘Movement for the Occupation of Cinemas’ demonstrated the potential for and of collective action. Facing a similar fate to which privatisation had condemned other cinemas and theatres (namely their redevelopment into other more supposedly profitable purposes), the occupiers offered an alternative vision for how the cinema could once again prosper. Whilst Belgrade continues to search for its very own Gezi Park moment, the example of Zvezda (‘star’ in Serbian) could serve as a guiding light for future mobilizations.

In a place largely defined by historical ruptures, pre-fabrication and diminished standing, the concept of Beograd na vodi is in essence not as foreign idea as is often portrayed. The ruptures created by the failures of conflict and modernisation have scarred the city’s sense of self and its belief that it can define its own course. In such a context, Beograd na vodi appears as even less of a contradiction to the city’s course of development. That Belgrade is a city of ruptures should not fuel resignation, but instead a realisation that its own evolution can be defined from within – by its activists, architects and citizens offering an alternative and more inspiring vision. Belgrade’s history contains profound examples of its residents standing up to shape their own destiny. Crafting a unifying message of what the city could become, however, requires a rejection of the legacy of ruptures, especially those which emanated from elsewhere.

What do you think of the Belgrade Waterfront project? Send us an email at editor@balkanist.net and let us know. 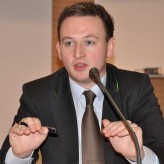