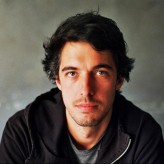 “Je Suis Charlie”: the view from contemporary Serbia. In a society in which the persecution…