Thousands of protesters have gathered in Prishtina in recent days to demand the resignation of Aleksandar Jablanovic, Kosovo’s Minister for Communities and Returns. Demonstrators have objected to Jablanovic calling a group of Kosovar Albanians “savages” in response to an incident in which Serbian pilgrims were reportedly prevented from entering an Orthodox monastery. While the international media has been predictable in its characterization of the protests as more evidence of intractable pan-Balkan inter-ethnic savagery, nothing has been said about those areas of life in Kosovo where some social cohesion exists and has the potential to grow. Alex Pantich, a young Serbian-American currently living in Russia, offers his experience of the notoriously divided city of Kosovska Mitrovica, as well as advice to the Kosovar government and future international peacekeeping missions.

This summer I had the pleasure of participating in a summer university program in North Kosovska Mitrovica organized by the Dutch NGO Spark and the University of Prishtina in Kosovska Mitrovica[1]. Prior to my arrival[2], my understanding of the city and wider area was framed entirely by what I’d learned through the mainstream media and my interactions with Serbian family members. Since the news mainly reports on disruptive events, I had read only about the tensions between Serbs and Kosovar Albanians and the problems associated with international peacekeeping operations in Kosovo. These impressions were also echoed by Serbs I met in Belgrade and Kragujevac before going to Kosovo who, without fail, told me that I was a “crazy American” and that Kosovo was extremely dangerous.

What I found in Mitrovica could not have been further from my initial conceptions. Though it was obvious there were still tensions between North and South, and roadblocks continued to be maintained, life goes on not just within but between the two halves.

The construction of a large shopping complex on the Southern side, near the bridge, has been helpful in real terms: business brings people together, even in the face of adversity, and this is a prime example. As much as the Serbs in North Mitrovica may say they dislike the Kosovar Albanians, they cannot ignore the selection and prices offered by the shopping complex in the South – and as much as the Kosovar Albanians feel the same about the Serbs, they also cannot turn down the opportunity of purchases made by the many Serbs who live in the North. Shopping was the only reason the Serbs I met visited the South, and it provides an invaluable opportunity for residents from both sides of the city to share the same space and socialize, building bridges between Kosovar Albanians and Serbs.

Another area in which the international peacekeeping force has been successful was in making sure that their protection and responses were scaled. While I was in the city, there was only one group of European Union Rule of Law Mission in Kosovo (EULEX) Carabinieri[3] at each crossing, as the city had been peaceful for months. When there is unrest, heavier military equipment and additional police are brought to the crossings. Keeping their presence minimal helps the peacekeeping force feel more like a security force than an occupying one. (Editor: EULEX has apparently been flawed in the execution of other duties, however, and is currently the subject of a corruption investigation).

My fellow students and I also had the opportunity to visit two places in southern Kosovo: Gračanica, a Serb enclave in the South, and Gazimestan, a monument to the Battle of Kosovo fought in 1389. Two observations struck me. First, how far Kosovo has come since the war 15 years ago. Almost all the students on our tour bus were Serbian citizens, with the exception of myself and a few other international students. Many of these students sang Serbian nationalist songs about Kosovo many times throughout the trip, even while in Prishtina. While this behavior is regrettable, it’s notable they felt safe enough to do so – not so long ago, this kind of public conduct would have been much more dangerous.

The second observation I had is how far Kosovo still has to go. Though tensions in North Kosovo are not as high as they once were, many Serbs in the south still seem to live in fear for their lives, as some local Kosovar Albanians have made very clear that non-Albanians are not wanted in Kosovo. While I was in Gračanica, a number of cars drove through the center of town honking and flying Albanian flags. This, understandably, makes the Serbs in this enclave feel unsafe and is a counterproductive practice which should be be discouraged wherever possible. This is not to suggest that the situation in the south is one-sided, though: many of the Serbs I met there held the same disdain for Albanians as Albanians did for them, and progress needs to be made on both sides.

With those observations in mind, I have a few suggestions for the Kosovar government and future peacekeeping missions in Kosovo. While Kosovo has come far from the warzone it was 15 years ago, it still has a long journey ahead of it. Peacekeeping forces have learned some from their previous mistakes, but there are a number of approaches they can take to improve Kosovo and thus help further stabilize the wider region.

First, national pride should be encouraged as part of a Kosovar identity rather than a strictly Albanian one. During my two weeks in both parts of Kosovo, I did not see a single Kosovar flag anywhere. In the Serb-majority parts, only Serbian flags flew, while in the Kosovar parts, I saw Albanian, European Union and American flags. The fact that most Kosovars are choosing to identify themselves exclusively as Albanians can appear threatening to those of other ethnicities and lends credence to suspicions, however irrational, that Kosovo hopes to unite with Albania to form a “Greater Albania”.

Second, interactions between Kosovars and other ethnic groups in Kosovo should be incentivized, economically or otherwise. Socio-economic concerns can often trump ethnic or religious concerns, and giving such incentives will hopefully expand ties between the two communities and reduce the likelihood of future conflict. For example, NATO or EU member states could offer scholarships to students of various ethnicities in third countries so that they can meet and interact on neutral ground. Or they could simply try to facilitate the construction of more facilities, commercial or otherwise, that encourage the comingling of citizens, like the complex in Kosovska Mitrovica.

Third, the sovereignty of the Kosovar central government should only be expanded organically and with the full consent of the to-be-governed. Here, I mean sovereignty over North Kosovo specifically. Building sovereignty based on military force is not a constructive means of dialogue, and using police or military force should be avoided by all means. Instead, simple incentives to recognize living with a degree of sovereignty from Prishtina should be provided to those working within the governmental structures of North Kosovo. For example, while staying in Kosovska Mitrovica, I noticed that the Serbian police were wearing Kosovo patches on their uniforms. I asked a friend about this and was told the officers accepted these because they now receive much higher pay and a lucrative retirement package in return for doing so.

Kosovo still has a long developmental path ahead of it, but peace has been largely maintained since the end of the war. Peacekeepers will be necessary to continue to develop and improve Kosovo while maintaining stability throughout its regions, but the toolbox they have at their disposal – including organic expansion of sovereignty and the use of socio-economic incentives to encourage communication and ties – should prove up to the task if used wisely.

[2] Mitrovica is divided into two halves by the Ibar river. The North is mostly Serb with some Bosniaks and Kosovars, while the South is almost entirely Kosovar.

[3] A special police force from Italy. 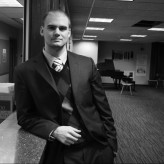