B. Kal Munis takes a trip through Serbia and finds enthusiasm for the EU in steep decline, while support for Russia remains high.

In June 2013, Serbia was granted official candidate status, thus moving the country one step further on its journey to join the European Union (EU). This journey has been a long one indeed, as Serbia has had to meet many requirements, as well as overcome obstacles the likes of which no other EU member had to endure. From tracking down various alleged war criminals from the Bosnian wars, such as Radovan Karadžić and Ratko Mladić (both of whom are on trial in the Hague’s International Criminal Tribunal for the Former Yugoslavia), to making difficult concessions regarding Kosovo, its breakaway southern province recognized as an independent state by 109 countries, Serbia’s EU aspirations have been involved much adversity.

Despite these difficult and often shifting requirements, Serbia’s leaders have been willing to do nearly anything to appease Brussels in the hopes that the country will soon follow its neighbors, such as Bulgaria, Romania and–most recently–Croatia, in becoming an official member of the “European club”. As Serbia is supposedly a democratic state, one would expect at least somewhat enthusiastic support among its citizens for joining the EU to go along with the government’s actions, especially given the magnitude of the impact that such a decision would have on the county’s future across every sphere of society.

Interestingly, and surprisingly (in terms of its sheer one-sidedness), I have found quite the opposite to be true. As an American graduate student of political science who just so happens to be fortunate enough to have embarked upon a sojourn across the Western Balkan peninsula, I have relished in the opportunity to talk to local citizens in order to gain a sense of the current political mood across the region. More specifically, my journey through Serbia has allowed me to talk to a number of individuals from northern cities such as Belgrade and Smederevo, as well as those in the country’s south, in cities like Niš and Vranje. A topic that I am always sure to touch upon is that of the European Union. Though not following the protocol of rigorous scientific field research, I have done my best to avoid “steering” the conversation (aside from initiating it) or biasing the responses.

I typically lead in with a very general and open-ended question, such as, “what do you think about the EU?” or–at times a bit more specifically–“do you think that joining the EU is good for Serbia?”. The answers that I receive to these questions have been resoundingly pessimistic toward the EU and Serbia’s prospective membership therein. And, again, though my “interviews” undoubtedly do not follow methodological protocol, as well as likely suffering from a so called “small-n problem” (n=40 or thereabouts), these results are worth considering for two major reasons; (1) these negative sentiments span the entire age spectrum, various educational levels, and different occupational/employment sectors; (2) the findings are consistent throughout various geographic regions of the country.

Not surprisingly, the most passionate opinions against the EU tend to come from men middle-aged and older, especially those who seem to border on being more conservative generally (deduced from further conversation). This group is also most fervent in their belief that Serbia should be looking eastward toward Russia, rather than to the West. They hardly hold a monopoly on this opinion, however, many young twenty-something’s and even older teenagers are quick to tout the shared Eastern Orthodox and Slavic cultural elements between Russia and Serbia, as well as Russia’s attractive energy assets. Of those that do not see Russia as being a clearly better alternative to the EU, most at least view Russia as being equally attractive. Only one person that I talked to opined that Serbia should take a more neutral, if not somewhat isolationist, route, “similar to Switzerland”.

Granting that the results of my conversations are not some sort of statistical anomaly and that these people are at least reasonably representative of the broader population, I decided to compare my findings with more scientific data in the form of public-opinion polling data. Polling data from the “Serbian European Integration Office” confirms what one industrial designer from Smederevo told me earlier this month — that Serbs have become less enthusiastic about the EU over the years. The data show that support for the EU sank to record low levels in 2012, when only 41 percent of participants said that they would “vote to join the EU”. It should be noted that 31 percent said that they would vote against, while an additional 20 percent stated they would not vote at all. It is not unreasonable to speculate that “not voting” at all is potentially indicative of tacit disapproval of, or at least disinterest in, joining the EU.

One year later, in December 2013, the same polling center found that 51 percent of participants said they would vote in favor of joining the EU. This substantial leap in enthusiasm for EU membership may, perhaps, be partially explained by the endorsement by the European Council of the Council of Ministers’ decision to open accession negotiations with Serbia, which had taken place in the meantime. However, if the responses that I’ve received in my conversations with Serbs are any indication, I expect the number of people enthusiastic to join the EU in the upcoming poll (likely in December, assuming it will take place at all) to decrease, as they had been consistently over the past ten years until last years sudden spike upward. There are several reasons for this prediction, part of which is actually reflected in the prior public opinion polls. For instance, most Serbs simply do not believe that European Union membership will have any direct positive impact upon their lives and, furthermore, many Serbs also view the frequently changing — and at times unseasonable — conditions imposed upon them in order to advance toward EU membership as unacceptable. Recent economic struggles of several EU member states — particularly in nearby Greece — have left many Serbs wondering if a similar fate awaits them. Finally, this year’s turmoil in Ukraine, which many in Serbia see as caused by Western overreach, has allowed a resurgent Russia to show that it is capable of directly confronting the West. The annexation of Crimea by Russia is viewed by many Serbs as some sort of belated, karmic, justice-being-served moment that the West arguably made possible with the precedent they set in Kosovo. Add to this mix the devastating floods that struck Serbia and neighboring countries this spring and the considerable immediate Russian aid that followed, it is understandable that support for Russia has soared throughout many segments of society.

Aside from merely being interesting, this situation also poses questions worth considering. Such questions include: (1) if such a sizeable segment of Serbia’s population is against and/or disinterested in EU membership, why do the country’s politicians continue to rush headlong toward membership while neglecting further dialogue with their constituents? (2) Who and where are the Serbs who so badly seek EU membership for their country (asked purely out of curiosity)? Regardless of whoever and wherever they are, they must be tickled that their government remains so steadfastly committed to their wish (though, whether or not they’re going about it efficiently and effectively is another question).

In sharing these observations, I don’t mean to be unfair to the “Euro club” and hope this paper hasn’t been misconstrued as such. Rather, I only seek to foster further thought and dialogue based around these topics that are of relevance to the people here on the ground in Serbia. I also do not seek to deny any would-be advantages to Serbian membership in the EU. Economically, corporations and producers in more affluent EU states would  certainly benefit from Serbia’s fully opened markets. And perhaps Serbia would even benefit over the long term from the sorts of policy EU membership requires (that’s the idea at least). As a more modest benefit relevant to my own current preoccupation, and as one of my interview participants mused,”at least EU membership would make it easier for us to travel about Europe.” Yes, at least. 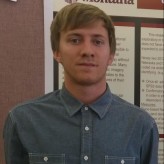