Dr Florian Bieber, a professor of South East European Studies at the University of Graz, published an immensely popular blog post about the proliferation of private Balkan universities with eccentric names, including Megatrend, a few years back. Given the recent revelations about the rector of Megatrend University’s nonexistent PhD from the London School of Economics, and the awarding of what appears to be a plagiarized doctorate to Serbian Interior Minister Nebojsa Stefanovic, we can only assume that there other dubious (and potentially fictional) academic degrees floating around out there, flaunted by high-ranking officials across the region. So we’re revisiting some of the weirdest institutions of higher education in the Balkans with Dr Bieber, who has also provided an account of his encounters with angry rectors.

Three years ago, in June 2011, I tweeted a list of strangely named universities in the Balkans. I had no idea what would follow. A few weeks later, I wrote a short blog post ranking 10 universities with bizarre names or self-representations. Some of these universities actually mistook the contents as a list of rankings based on academic quality.

By September the blog post had gone viral, with thousands of hits and the unwanted effect that some of the universities listed wrote me angry letters. The first was a google-translated message from the International University of Struga. Another letter reached me at my university from the University of Donja Gorica in Montenegro (known locally by its acronym, UDG). In addition to suggesting that my blog post was some kind of serious academic ranking (which I of course never claimed) that had injured the honor of the university, the letter threatened that the institution would “be forced to initiate the legal procedure against that entity within the University of Graz and professor Bieber, according to the EU directives in this area.”

Of course, I am still curious about which EU directive prevents freedom of speech and calling the self-presentation of a university bizarre. In the letter, UDG also boasted about its high quality: “Considering that you studied our website in detail, you must have seen that one of the UDG students was chosen as the best student in Montenegro! We do not have a video clip of him receiving the award, but I must say that all the attendants in the National Theatre were in awe when they heard his speech.”

UDG was apparently unfamiliar with the term “degree mills”, as they made sure to point out that their new buildings are not mills: “Moreover, as you mention in your article, some of the faculties are working in old mills, which certainly does not refer to UDG. Although our building looks very impressive on photographs, I assure you that it is even more admirable when seen in person, and this only shows that the conditions of studying at UDG are the best, not only in the region.”

My list was not meant to provide a ranking of good or bad institutions of higher education, but to draw attention to the fact that dozens of private universities have emerged in the Balkans whose primary motivation is to make money. It’s no surprise that with weak state supervision and low standards, there is ample room for abuse. While good private universities have emerged in recent years, there are probably ten dubious institutions for every serious one.

Some of the suspect universities have been eager to grant themselves strange awards, and a few that did not make it onto my list have established very odd international networks, and seem more concerned with creating the impression of some fictitious global reach rather than establishing genuine international academic contacts.

The recent scandal over Nebojša Stefanović’s degree from Megatrend, and the missing UK PhD of its rector is just the tip of the iceberg. There are many more institutions across the region that undoubtedly have a similar track record. However, we cannot exclude state run universities, where corruption and plagiarism are still significant problems. Take the index affair: more than six years after a major corruption scandal at the Faculty of Law in Kragujevac, none of those accused of selling exams have been sentenced. In fact, they’ve managed to advance their careers in the meantime.

Thus, a debate on academic standards is needed across the region, starting with plagiarism. Something like a Balkan version of VroniPlag, a German Wiki that facilitates the collective investigation of plagiarism accusations against German politicians, might be useful place to start. With such a platform, I am sure that a few more scandals will surface.

New Universities in the Balkans: European visions, UFOs and Megatrends

There is no doubt that advancing higher education is  a good idea, esp. in a region where the ratio of university graduates is below the European average. It is also not bad in principle to have private universities. However, considering that there are approximately as many private universities in the region than in the entire European Union (minus Romania which also has dozens of private universities) together (around 100, mostly very small institutions: Austria 13, Germany 83, UK 1, Hungary 1, Netherlands 1, Portugal less than 10, most other countries none or single digits), there might be a bit of an oversupply. Thus, considering the limited resources, both in terms of funding for students to pay tuition and in terms of potential teachers, the number in the Balkans is striking.

Some of the institutions are certainly on their way to establish themselves as serious places of higher education. Many others have a distinctly dubious ring. Here is my list of my favorite ten private universities in the Western Balkans (this is not to suggest that these are not fine institutions, but presentation and names leave a bit to be desired):

10.  Pan-European University “APEIRON” (Banja Luka, BiH). Here the name is pretty good. Apeiron means infinite or limitless in Greek, so this is the infinite Pan European University. In addition to its name, it also wins a mention for its cryptic English text “How strong are you to win yourself?  During its development, human society has managed to overpower and strengthen its capabilities acting by the influence of its will, by the strength of its body and mind, achieving the best results in different life activities…”

8. Synergy University (Bijelina, BiH). This university also deserve recognition for its name and the picture with the current president of the RS (and his predecessor below) on the main page, a prominent scholar and promoter of academia.

7. UFO University (Tirana, Albania). No, there is no department for extraterrestrial studies here. UFO stands for “Universitas Fabrefacta Optime”, which means as much a university to forge the good. So it’s the University to Forge the Good University. Their motto, 3000 students cannot be wrong (in the Albanian version of the website, it is 4000 students can’t be wrong). To quote the president: “Welcome to UFO University!  Many of you have just started the university studies, the others are deeply engaged to reach their best, as you are living some of the most intensive years of live. I say convincingly that you should feel lucky that this intensity of taking and treating of the knowledge you experiment in lecture rooms of UFO University. We give our belief, so that each element that must have “a good university” ….

6. International University of Struga (Macedonia). According to the website, the uni boasts many African-American and Asian-American students, palm trees. The university, in the words of the rector “is one of the most significant historical events for this city as well as for Republic of Macedonia and the region of Balkan.This University will accomplish the dreams of the citizens of Struga, Macedonia and the wider region and it will contribute to develop the city of Struga into “Balkan Strasbourg”.” According to the mission of the university “International University of Struga is a highly qualifiedUniversity which is fullydevotedtothe education and successfulness of its students”

5. International University of Novi Pazar (Serbia). Another international university in the region. The president is “DaMufty” Zukorlic. He notes in his message to the world that “we wait for long for the sun of university to shine from the piece of the sky above us…and now we will enjoy this sun.” (no translation can do justice to the Bosnian original)

4. Megatrend University (Belgrade, Serbia). This university earned its place in this ranking through its mega-creative name and of course, for making the leader of the people’s Jamahiriya a Doctor honoris causa (see here for the universities justification). To quote the university: “This once again proves the readiness of Megatrend University to follow the world trends of international business and educational cooperation.”

3. University of Donja Gorica (UDG) (Montenegro). This uni is a bit more modest about its name , even if it aims to be the Oxford of Montengro and in the process earn Milo Djukanovic, one of its owners (together with liberitarian economist Veselin Vukotic), a bit of extra cash. Oh yes, it is also very orange.

2. Iliria Royal University (Prishtina, Kosovo). A royal university, and Iliriya? What more can one ask for? This university is under the patronage of the King of Albania. Of course the academic (and for that matter royal) credentials of Leka, “King of Albanians” are well established. The university also seems to engage in a good amount of flag-waving,American that is.

1. Slobomir P University (Slobomir, Bosnia). This is a university for a (virtual) city. The project of a certain couple known as Slobodan and Mira, no, not what you think, Pavlovic (thus the P. in the name). It’s a part of a grandiose planfor a city of freedom in peace, a just down the road from Bijelina. A city of the future has all one needs from a city of peace, a university, a TV station and an aqua park (Palma, eat your heart out). And Dodik is also shaking some hands in the city of peace. 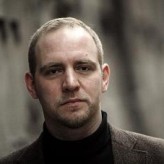