I miss the World Cup. I miss the passion of it. I miss the heartbreak of it. I miss watching Messi will himself to the threshold of immortality before a German named Götze denied him at the last. I miss sharing Ochoa’s heartbreak after having stopped everything until that desperate, diving cheat Robben stole victory from Mexico. I miss watching young men sobbing, just about carrying each other off the pitch, having played the biggest match of their lives and come up short this time. If it sounds like I miss the losing more than I miss the winning, well, this summer proved nothing if not a melancholy one.

Summer let us all down this year. When we’re children, the season makes all these impossible promises and then, improbably, delivers on just enough of these impossible promises that nobody who was ever once a child could ever begrudge summer what it really is. We all find, after we’ve grown up, that summer is just another season, one like any of the others really. With maturity – we hope – comes a certain equanimity so far as summer goes, a shrug and the wry smile that goes with knowing none of its promises are meant for us, that no responsible adult can spend three months out of the year lounging near the water, making plans with friends who have no other plans, letting time pass without bothering to let it bother us that time is passing.

This past summer was different. This past summer was bullshit. No matter what any of us did, fell in love or watched the sunset over some mountain range far from home or whatever, we couldn’t escape the shadow of everything else, just every damn thing that happened this past summer. Personal triumphs and even sorrows felt insignificant in the face of so much bad news. The bad news came constantly, from every direction, at least if one paid any kind of attention to the world at all. I shouldn’t need to recapitulate for anybody here what this summer was all about; one either is a citizen of the world, or one is not.

But do you remember the World Cup? It was glorious and even at its ugliest it was still something human and beautiful; Suárez and our eternal human folly, Neymar and the vainglory of entire nations pinning their hopes to one man. A man prone to acne, for that matter. I couldn’t say what football ultimately was or what it meant this past summer, in the context of all the horrible things in the world, but I do know that it was amazing and that somehow, apart from the sorrows of the world, football created something significant beyond the context of mere football, despite being nothing but a game. I want more of that kind of football, especially now that summer is almost, mercifully, over.

What I want – what you want, if you miss the World Cup and have any good sense whatsoever – isn’t the grinding attrition of some bespoke domestic league that lasts through winter, but the catharsis of tournament football. You want the Champion’s League group stage. I say the group stage, as opposed to the knockout rounds, because the ultimate winner of the knockouts will be one of the multinational corporations that dominate the highest levels of football. They are recognizable as brands rather than teams: City, Real, Barça, Bayern, Mourinho. They’ll do just fine without our support.

If you miss the World Cup and you want some of that World Cup feeling back, then the Champion’s League team you need to support is Shakhtar Donetsk,  of the Ukrainian Premier League. You should support Shakhtar because it is an underdog with a favorable draw in Group H. The Ukrainian team drew Portuguese Primeira Liga champions FC Porto, who should advance from the group, but Shakhtar otherwise matches up well with Atletic Bilbao – 4th place in La Liga last season – who are making their first CL appearance since 1998, and BATE Borisov of Belarus, who were outscored 2-14 and 9-15 in their last two CL appearances.

In which cities will you support #Shakhtar today? #UCL pic.twitter.com/4a4VuX2lPa

You should support Shakhtar because they are led by fullback Darijo Srna, who is also captain of the Croatian National Team. You may remember Croatia for having been defeated by Brazil after a dive by the striker Fred. As it happens, Shakhtar features a Brazilian named Fred, although it is not that Fred, which would be hilarious. The squad carries thirteen Brazilians on their roster; keep an eye on Bernard, who may come off the bench. Shakhtar might not start Bernard because it would be unfair to the other team if they had deal with Bernard for 90 minutes. He’s that awesome.

Finally, you should support Shakhtar because you are aware of the sorrows of the world, and you know football is a respite from them, not an abdication of that awareness. Shakhtar will play its home games this season in Lviv, far from the Donbass Arena in Donetsk. The team won’t be playing in its home arena because pro-Russian separatists have held the city of Donetsk. Armed men have occupied the team’s former headquarters in the last month. Supporting Shakhtar Donetsk in the Champion’s League is not the same as donating to Ukrainian charities, but you’ll at least be rooting for an underdog: their team. In this we’ll be sharing, in some small way, some small measure of solidarity with Ukraine, which saw more sorrow this summer than any nation or people should.

Summer is nearly over, and if this past summer didn’t keep many of its promises for what summer should be, at least we had the World Cup to keep our disappointment from overwhelming us entirely. Good thing, too, because it’s an unhappy person who’s ever unhappy with summer, or at least can’t forgive it the occasional off-year. Now autumn will be upon us shortly. Dusky autumn, which isn’t a season so much as an interlude between the promises of summer and the grim reality of winter.

If you want to hold onto something of what summer could have been, or perhaps what it was, if only for a brief flickering moment during a football tournament in July, if you want something of the joy and heartbreak of Brazil, something to hold onto as autumn and then winter bear down on us, well, pick a team already. If you must, cheer for the corporations in the knockout rounds; they’ll be there, waiting for you. We should all want something at stake for our teams each time they take pitch; if joy is possible then heartbreak must be risked too. Football always has significance besides the context of mere football, despite being, simply, a game; Shakhtar Donetsk should be your football team for these next few months; they’re playing for quite a few things, and play a beautiful game besides. 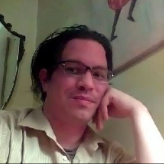 Gabriel Melero is a writer currently living in California.