Bosnia-Herzegovina is currently experiencing one of the largest tourism growth rates of any country in the world. But is it squandering this opportunity by failing to protect its historic and cultural heritage?

In 1984 the world came together in Sarajevo to celebrate the winter Olympics. Over 1,200 athletes from 49 nations, journalists, and thousands of visitors descended upon the city with its beautiful mountains and cultural treasures on full display. Bosnia’s golden moment in the world had arrived.

Today, for many people in the world, the word Bosnia conjures up images of civilian bombardment, sniper fire, concentration camps and genocide. Indeed, the conflict ended only 21 years ago, and took place in an era of constant and live video reporting. The scars still haven’t faded for many citizens of this country, let alone the haunting images that captivated Western audiences for a four-year time period in which the war took place. One of the chief architects of the conflict, Radovan Karadzic was only recently convicted of war crimes, including genocide in Srebrenica, by the ICTY at The Hague. Reconciliation has been slow-coming and the past difficult to leave behind.

Bosnia’s demons still haven’t been completely exorcised. The country is a political quagmire to put it lightly, with political forces drawn along ethnic lines. In terms of development, there is very little to speak of.  Even in relation to its neighbors Croatia, who also underwent a conflict in the 1990s, Bosnia-Herzegovina ranks as one of the poorest countries in Europe, with staggering unemployment rates, particularly among the youth. With such poor prospects for a prosperous future, the idea of salvaging Bosnia’s reputation as a multicultural and modern nation may seem impossible.

However, one potential saving grace for this Balkan state may be just be tourism. According to one estimate by the World Tourism Organization, Bosnia-Herzegovina will have, globally, the third largest tourism growth rate between 1995 and 2020. Indeed, most current day tourists to the country are interested in predominantly one thing – the country’s recent violent past. However, the question begs, is this because of interest or because of the lack of availability and accessibility to older, historic and cultural centers around Bosnia?

The country’s reputation as a war-ravaged powder keg is slowly giving way to its rightful stereotype as an ethnic and cultural melting pot and the crossroads between East and West. The country is dotted with ancient stone slab tombstones called Stecci, medieval fortresses, Ottoman-inspired architecture, and Austro-Hungarian era buildings more reminiscent of cities like Vienna or Salzburg. Its rolling green landscapes are an adventurer’s dream, with plentiful wilderness and one of the last remaining primeval forests in Europe.

Despite the country’s plentiful cultural offerings, many problems loom. For one, the advent of gulf oil-money into the region may prevent natural tourism growth and turn the process sideways with a megalithic resort oasis replacing large swaths of history-rich acreage, accessible only to the very rich. The country runs the risk of not only eroding its bastions of cultural pride, the environment, but also becoming the personal playground of petrocrats, in the backyard of Europe. This sort of development does no good to the average citizens of the country, nor to outsiders looking for a new, accessible tourist destination.

Additionally, Bosnia’s museums, fortresses and other ancient architecture run the risk of complete abandonment and disrepair. With the government unable to address the simplest of problems, cultural and historic sites, along with preservation, are viewed as luxuries that can wait. Only, the longer the wait, the faster the country abandons its very soul and the attributes that make it a desirable destination, or a source of national pride for the people living there. The Sarajevo National Museum, for example, was one of the largest in the former Yugoslavia before the war. Afterwards, it remained closed for months and even years, as employees went unpaid for their work, as a result of political bickering and a lack of funding. Bosnia’s celebrated Olympic venues crumbled, as graffiti and vines covered up its former glory. Its many fortresses and other Middle Age era sites rot away from the public eye.

There are some positive developments, however. Italy’s government recently undertook efforts to preserve Bosnian heritage, putting it on top of the list of priorities in the country, unlike the nation’s own politicians who consider it nothing more than an afterthought. Social media accounts and media outlets such as this one have drawn attention to these issues as well. Cultural preservation does not have to be ethnocentric either. This is not an ethnic or political issue, nor does it have to be.  Banja Luka, along with other Bosnian cities where Bosniaks are not the majority, should implement the same measures as Sarajevo. Rediscovering history and preserving the past can be done in a way that celebrates unique ethnic celebrations, objects and sites without maneuvering and positioning it around a political objective.

If Bosnia and Herzegovina is to come together and abandon its bloody past in favor of its older, truer one, it must build cultural bridges into the future. Many would argue economic development holds much greater weight, however, cultural and historic preservation could be one of the keys in centralizing a united Bosnian identity and instilling national pride in a nation that is deeply divided. The Old Bridge in Mostar, for example, is an object of pride for the entire city, East and West, Bosniak or Croat. It crosses over ethnic boundaries and brings people together. By focusing on these aspects of the country and the past that bring us together, by treasuring them and sharing them with the world, the country can finally project a different version of itself, not just for outsiders but for regular Bosnians. 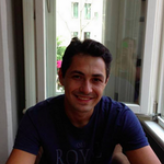 Albinko currently resides in the U.S working in the legal industry. Originally from Bosnia and Herzegovina, he studies history and also contributes as a freelance football writer across a variety of mediums including his own blog. He can be found on Twitter @albinkohasic.