Bosnians are being recruited to support the U.S. military’s fight against Ebola in West Africa. Are U.S. and Bosnian authorities prepared for the potential public health risks this poses?

One of the world’s largest military logistics contractors, Fluor Corporation, was in Tuzla last week looking for workers to fill its new contract to support the U.S. military in Liberia and Sierra Leone. At one level this is not news: For almost a decade and a half now thousands of people from Southeast Europe, and in particular Bosnia, have been recruited to work on U.S. bases in the Middle East, Central Asia, and East Africa. What is new is the context. While previous work focused on providing support for war and counterterrorism operations, the aim of this mission is to prevent the further spread of the Ebola virus in West Africa.

This is a potentially worrisome development. Specifically this work could pose a significant public health risk for people in Bosnia and the broader region for two reasons: 1) shortcomings in contingency planning and contracting oversight among and between U.S. and Bosnian authorities and contracting firms, and 2) political and institutional dysfunctionality in Bosnia that decreases the likelihood of an effective response in the event that the virus spreads to the country. Before elaborating on each of these concerns, a bit of background on military contracting, and the role that Bosnians play in this phenomenon, may be useful.

Over the last year I have been researching U.S. military logistics outsourcing, in particular the recruitment of people from across Southeast Europe to do such work. Despite the risks military contracting firms have had no problem finding willing and skilled workers. This reflects both the relatively high pay offered by companies like Fluor, typically between $2,000-7,000 a month, and the desultory economic prospects people in the region face.

While individuals from countries across Southeast Europe have taken these jobs, there is a distinct spatial concentration to recruitment, with the greatest number of hires from Tuzla and surrounding towns in Bosnia. This is the area where U.S. troops and bases, including the massive Eagle base at Tuzla airport, were located during the peacekeeping mission in the country in the late 1990’s and early 2000’s. (A similar, though smaller, concentration of workers comes from towns in Kosovo and Macedonia that are near Camp Bondsteel). During this time thousands of local residents worked on or near these bases. Many subsequently went to work in Iraq and Afghanistan.

The impact of military logistics outsourcing extends well beyond Bosnia. Indeed, in the past decade the U. S. military has relied upon hundreds of thousands of workers from around the world (India, Nepal, the Philippines and Sri Lanka are also key sources of labor) to assist its war efforts in Iraq and Afghanistan, and counterterrorism operations in East Africa. During these campaigns the ratio of contractors to uniformed military personnel has been roughly 1:1—which is unprecedented. Indeed, the growing reliance on private military companies is one of the most significant changes in U.S. military operations over the past two decades. Put simply, the country is now dependent upon contract labor and firms to fight its wars.

The majority of workers from the region have been employed by companies like Fluor, DynCorp and Kellogg, Brown & Root (KBR), which provide logistical services under the U.S. Army’s Logistics Civil Augmentation Program (LOGCAP). This work includes, but is not limited to: Construction, maintenance and operation of military bases; equipment maintenance; food service; transportation; and supply-chain management.

Fluor’s new contract in West Africa is no different. As is clear from conversations with people in Tuzla, and the list of job openings on the company’s website, it has been primarily tasked with building necessary infrastructure for operations, including living facilities for troops, and facility maintenance. In other words, none of the positions that the company is trying to fill appear to entail working directly with people who are infected with Ebola. Therefore the risk of contracting the virus while performing this work should be low, in theory. If this is the case why am I concerned? There are two reasons.

First, as we have seen with the transmission of Ebola to the U.S., and the subsequent infection of a limited number of health care workers in that country, one critical factor in preventing the spread of the virus concerns the necessity of tracking the movements, and monitoring the health status of at-risk or potentially infected individuals. This task is greatly complicated by the relatively long incubation period for Ebola—up to three weeks. In response to this problem the Centers for Disease Control and Prevention (CDC) in the U.S. recently announced that it would begin checking incoming travelers from West Africa for symptoms of Ebola, and continue monitoring their conditions for 21 days.

Of course effective tracking and monitoring of the movement and health status of people who have potentially come in contact with the virus requires high levels of coordination and close sharing of information among relevant authorities. Yet when it comes to individuals working for military contracting companies, information about their status—especially in transit to and from work on military bases—tends to be in short supply. The Bosnian government, for example, does not track individuals who work abroad for either primary contractors like Fluor, or their numerous subcontractors. Nor do entity, cantonal or municipal authorities possess such information. This reflects both a lack of capacity and political will, especially at the state level.

Moreover, while the U.S. military closely monitors workers’ activities on its bases, this ends once they leave the theater of operations for R&R, or when their jobs are finished. Indeed, workers are typically responsible for making their own travel arrangements to and from bases and their home countries. Flight paths often course through multiple cities: for contracting in West Africa, Dakar, Senegal and Paris, France are two likely nodes. Finally, in the case of workers from Tuzla, they often prefer flights that originate or terminate in Belgrade, just a couple of hours away by car, which further complicates matters and increases risk in the region.

One could see the U.S. Embassy in Sarajevo playing a useful role in helping to monitor contracting activities and risks—by keeping track of people that have been hired, or following companies’ plans for deployment, for example—and sharing this information with Bosnian and regional authorities. At present there are no plans to do so. In response to an inquiry earlier this week, the Office of Public Affairs at the Embassy stated that, “U.S. defense contractors recruiting in BiH or elsewhere are private companies doing business with private individuals” and thus it has “no oversight” over their activities.

So what about special precautions or plans reflecting the specific risks this mission and work entails? Questions along these lines were sent to Fluor and the U.S. military’s Africa Command (AFRICOM) headquarters several days ago. No responses have been received, but conversations with residents in Tuzla and other participants in the industry suggest the following: First, when it comes to pre-deployment procedures it appears to be “business as usual.” Standard pre-deployment activities include 1) basic medical and dental exams (high blood pressure, hepatitis and bad teeth are automatic disqualifications for employment), drug tests and criminal background checks; 2) a couple of days of presentations covering safety procedures, dangers or threats inherent to working in warzones, life on bases, and discussions of potential environmental and health risks specific to the region in question, and 3) administration of vaccines or medicines for particular diseases, such as malaria. Each military contractor has a slightly different approach. KBR, for example, flies workers to Houston for tests and briefing, a process that can last two or more weeks. Fluor generally relies upon local medical clinics, and conducts a day or two of pre-deployment briefings in the region before flying employees out to their bases.

Additionally, there is little evidence that extra precautions during operations—such as instituting waiting periods with detailed evaluations of workers’ health conditions when departing West Africa, or subsequently tracking their movement and health status while on leave—are being considered. One contact in the industry, who is working with a different company on bids for other U.S. contracting opportunities in West Africa, states that an increased focus on the bottom line when it comes to awarding contracts militates against adding such measures to proposals: “There are people in the industry looking to do it right. But this is expensive and they won’t win the contracts.” He also believes that both the military and contracting firms are still too wedded to a war/terrorism model for evaluating potential dangers that soldiers and contractor employees face, rather than a biological framework for risk assessment.

The second issue concerns what happens if one or more infected individuals do end up in Bosnia. Dealing with Ebola is a significant challenge for medical professionals and public health systems under the best conditions. With a creaky infrastructure, chronic lack of funding, and a patchwork regulatory framework, few would describe Bosnia’s public health system as optimal. Perhaps a bigger problem is the country’s endemic political and institutional dysfunctionality, which greatly undermines the likelihood of an effective response. Indeed, the inability of Bosnian authorities to manage an environmental or public health crisis was—and still is—clearly demonstrated by their actions following the disastrous floods this spring.

A lack of capacity and initial unpreparedness for dealing with a problem of this magnitude was, to a degree, understandable. What has been incomprehensible, especially for those hardest hit in towns in both the Republika Srpska and the Federation in Northeast Bosnia, has been the continued political bickering and disorganized response by authorities at all levels of government to the widespread damage and personal displacement caused by the floods. Particularly debilitating has been the lack of cooperation across entity lines, and between the entities and the state. The problem is that viruses, like floods, have no respect for political borders, or the posturing of politicians. Whether officials in Bosnia have learned this lesson, and will be better prepared for the next public health or environmental crisis, remains to be seen. 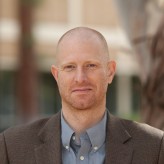 Adam Moore is an Assistant Professor of Geography at the University of California, Los Angeles (UCLA). His research focus concerns the war and post-war peacebuilding in Bosnia and Herzegovina, military logistics outsourcing, and Southeast European politics. He is the author of Peacebuilding in practice: Local experience in two Bosnian towns.