Harm Rudolph Kern reviews director Žiga Virc’s Houston, We Have a Problem, a work of docufiction that blends real archival footage with fantasy, reality with myth, and new revelations about history with the ubiquitous and beloved Balkan conspiracy theory.

The fantastic story that Yugoslavia developed a secret space program during the Cold War was launched in 2012 with a sensational trailer on YouTube. Footage of President Tito, rockets, and an underground base are accompanied by a heavy voiceover that tells us that Yugoslavia was the forgotten third player in the Space Race between the United States and the Soviet Union. The filmmakers promise to reveal how Tito sold the complete Yugoslav space program to the Americans in 1961, thereby allowing President Kennedy to announce that very same year that the US would land the first man on the moon.

The first trailer for Houston, We Have a Problem was seen by almost a million viewers in less than a week. The media in former Yugoslavia in particular paid serious attention to the story. Filmmaker Žiga Virc got the chance to further amaze the audience with his bizarre story in several interviews. Virc claimed the genre of the movie to be docufiction. He explained that the story is based on a hypothesis that will be confirmed in the movie through facts and unseen archival materials. The subtle combination of irony and sensation confused many and led to great curiosity among both skeptical and convinced viewers.

The premiere of the movie was initially announced for spring 2013, but it took until May this year before Houston, We Have a Problem finally hit the theatres. In years gone by, everything seemed to indicate this viral YouTube sensation was a hoax. The filmmakers, however, emphasize that the three-year delay was necessary for extensive research in the Yugoslav archives.

Between facts and fiction

The use of archival materials in Houston, We Have a Problem is indeed amazing. We see never-before-seen footage of Tito in his speedo and interviews in which the Yugoslav president makes tongue-in-cheek comments and grimaces. The first-ever Yugoslav rocket seems to have launched a pig into the stratosphere. The poor pig survives the emergency landing in the Adriatic but is then roasted on a spit in the next images of a joyful visit by American astronauts to Yugoslavia. These are authentic images. Members of the Apollo 15 mission actually visited the Slovenian lake of Bled in 1972, and NASA astronaut David Scott gave a spot-on interview about Yugoslav hospitality and gastronomic delights.

Filmmaker Žiga Virc demonstrates sublime mastery of his sources. Original footage and audio clips are creatively edited into a context that leaves no doubt that the cunning Tito sold a non-functional Yugoslav space program to the naïve Americans. With $2.5 billion and their own pigs, the Yugoslavs thereafter start their Yugoslav dream. This fantastic history is visualized with a dazzling display of Yugoslav wealth in the 1960s. Pounding factories, Adriatic vacations, Western pop culture, and Cuban cigars convince us that Yugoslavia indeed could only be a miraculous NASA creation.

The history of Yugoslavia in the 1960s perfectly suits this creative narrative. Yugoslavia had a unique non-aligned position between the United States and the Soviet Union in the Cold War. The balancing act between East and West even had certain implications for Yugoslavia’s attitude in the Space Race. Achievements in space were omnipresent in the Yugoslav media, and the 1969 moon landing inspired a cosmic sevdah tribute to the Apollo 11 crew. The most important consequences of Yugoslavia’s non-aligned position were, however, of an economic and political nature. Yugoslavia did indeed receive economic support from the United States. This, however, had nothing to do with the purchase of rockets. The independence and stability of Yugoslavia were of strategic importance to the US. Politically, the Yugoslavs developed a unique kind of Coca-Cola Socialism with genuine devotion to Marxism and equally sincere pride in a near-Western living standard.

These and other facts in Houston, We Have a Problem form the basis of a classic conspiracy theory. The conspiracy is so classic that the movie even explains how Kennedy was assassinated by the Yugoslav secret service. After the sale of the non-functioning Yugoslav space program, relations between Tito and Kennedy deteriorate. Tito visits Washington to smoothen things out but is almost assassinated. In a follow-up phone call, Tito invites the US president to visit Yugoslavia. This invitation was in vain since the attempt on Kennedy’s life only one month later did succeed. When historian Roger McMillan, the main narrator in Houston, We Have a Problem, is asked about the connection between these events, he answers with a grin, an uncomfortable silence, and a suggestive “no comment”.

Tito’s visit to Kennedy, the failed assassination attempt, and the follow-up phone call did indeed take place in 1963. When placed in the right context, however, these events demonstrate that the bilateral relations at that time were much better than presented in the movie. Houston, We Have a Problem nevertheless intelligently continues its conspiracy theory. The filmmakers make sure that the audience is inclined to ignore the lack of real evidence by emphasizing the secrecy of the whole episode.

The secret transfer of the complete space program, for example, takes place during Tito’s state visit to Morocco. While the audience only sees how the Moroccan king receives Tito, the voice-over tells how the whole state visit was of course a clever distraction from the unloading of the Yugoslav technology in the American army base in Casablanca. Also, impressive footage of an underground Yugoslav airbase merges so swiftly into images of American and Russian rockets that the audience has no time to wonder what exactly Yugoslav jetfighters have to do with space traveling.

The conspiracy theory finally even escalates into an ironic echo of already known – and debunked – theories that hold the United States responsible for the violent collapse of Yugoslavia. The Americans supposedly were so angry about the failing Yugoslav space technology that they wanted their money back. The billions that the United States had paid for the Yugoslav space program were turned into a burdensome loan. President Nixon even declares by telephone: “We’ll bomb those Yugoslav bastards right out off the earth. I really mean it.” This quote relies on outright falsification since the word “Yugoslav” is carefully added to a conversation about Vietnam. The idea of an American conspiracy against Yugoslavia furthermore holds no ground given that the presented piece of evidence actually emphasizes that the United States supports an independent and stable Yugoslavia.

No one less than the Slovenian philosopher Slavoj Žižek formulates this message. With his socks in a leather chair, Žižek tells the audience that if one asks parents if they believe in Santa Claus, they of course say no. Parents pretend to believe for the sake of their children’s belief in Father Christmas. But if one asks the children if they believe in Santa, it turns out that they in fact also pretend in order to satisfy their parents and receive gifts. What follows is a situation in which nobody believes, but the belief is still preserved. This is the case between the Americans and the Yugoslavs. None of them believed in the Yugoslav space program. It would have been a true miracle if the Yugoslav technology actually worked. And so is the case with the movie itself. Neither the filmmakers nor the audience believe that the Yugoslav space program really existed. Still, this belief is preserved in order for the movie to be entertaining. Žižek closes with the remark that the point isn’t only that the viewers feel that they are manipulated in the movie. This movie demonstrates more than that about our social reality. The strong ending of Houston, We Have a Problem states: although it didn’t happen, it is still the truth. 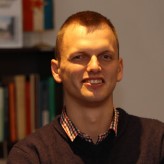