Amid a constant flow of asylum-seekers, international politicking, and ongoing historical debates, competing narratives shape the perspectives and experience of volunteers in the ongoing refugee crisis.

As expected, on social media, accounts of Greek police humanity in comparison to the tear-gas tossing Macedonian border patrol once again transformed into “clear justification” of Greek claims to the name, with other volunteers who had worked in the Republic of Macedonia hotly contesting these claims and citing reports of injuries sustained by police. At the same time, the Macedonian government is capitalizing on recent marches and the rhetoric of anarchist volunteers to bring stronger criticism to the NGO sector, a long-time favorite scapegoat for anything tangentially related to instability.

This opportunism, of course, reaches far beyond the fields of Eidomeni and Gevgelija, with Serbian media, for example, wasting no time to hype international media coverage of the efforts of volunteers in Belgrade who opened their hearts, pocketbooks, and parks to refugees beginning in the summer – at last, a worldwide recognition of the true face of Serbia. The culmination of this narrative occurred when photos of a Serbian police officer playing with a refugee tot went viral.

The other shoe dropped, however, when it was released that the police officer was, in fact, not a Serb, but rather a member of the Albanian community that lives in the Preševo Valley. Comments sections exploded. The discussion quickly shifted from the act of kindness of a representative of state authorities to the ethnicity of the person in question. Finally, confirmation of Albanian superiority, cheered some eager commenters. Others were enraged by the symbolic nature of the event. Clearly, Serb-Albanian relations cannot be transformed even with a powerful image such as this one. Cultural re-appropriation at its finest.

In early September 2015, Hungary completed a fence along the Serbian border, creating the first of many chokepoints along the so-called “Balkan Route.” International backlash against this and the violent treatment of refugees crossing from Greece into Macedonia made it clear that it would be politically expedient to, if not outright embrace the transit of asylum-seekers, at least take a softer approach. Additionally, the crisis provided the chance to garner some moral integrity points at the expense of political opponents in the international media and punditry. The incentive of a diplomatic sugar-rush was hard for many countries to pass up.

As a volunteer, I experienced this in a microcosm while working with refugees in Preševo. A majority Albanian town, there is also a small community of Serbs there, several of whom were keen on discussing their support for refugees. “They say that the Serbs here are not kind” (no explanation as to who the “they” was), I was told. “Look at me! I give them coffee! I offer them items for only a small price! We are helping them, too!” Although maybe not free from ulterior motives, this competitive race-to-the-top resulted in a temporary boon for refugees.

This is not to say that this sort of posturing is limited to the Balkan corridor. Angela Merkel’s steadfast support for and encouragement of other EU countries accepting agreed quotas is fueling the flames of concern over the expansion of German influence in the EU, with Hungarian PM and wall-builder extraordinaire Viktor Orbán warning Merkel against the “moral imperialism” of supporting a supposed personal vision of an open Europe.  What makes the situation along the Balkans particularly fraught with peril lies in the ignorance of the eager volunteering newcomers to the Balkan region.

Many foreign volunteers have become unwitting pawns and masters in this game. To foreign volunteers unfamiliar with the hotly contested histories of the Balkans, whichever possibly irredentist narrative they hear first can become their prevailing “insider knowledge” of the region. In an attempt to side with refugees at all costs, largely Western volunteers fall prey to siding with their interpretation of “whoever is nicest,” often adopting dangerous attitudes towards whatever community falls outside of their determination of “refugee supporters.”

Combine this tendency with the exhaustion and frustration of witnessing immense trauma on a nearly daily basis, and suddenly there is the creation of multitudes of borderline histrionic dialectics about various Balkan peoples and countries. Monolithic generalizations about the “bad countries” and “good countries” for refugees which minimize both the local activism on behalf of and poor treatment of asylum-seekers, depending simply on which category the “volunteer lore” has filed the country in question under. This determination often, but not always, influences the opinion of the volunteer in terms of historical land, name, and cultural claims.

Furthermore, when volunteers carry this premature “insider knowledge” back home, they risk inadvertently reinforcing toxic narratives about communities throughout the Balkans that amputate the observable reality from context, instead relying on persuasive epic narratives of right and wrong to interpret situations.

While volunteering in Belgrade, I overheard many a foreign volunteer criticize and warn newcomers about the local Roma community. “They are lying and cheating and stealing from refugees, would you believe it? Many of them are pretending to BE refugees to get free passage to Germany!” This sort of commentary was semi-regularly included in the pre-digested analysis of supporting asylum-seekers safe passage. “Don’t judge the asylum-seekers by the Roma trying to abuse this,” completely erasing the systemic injustice faced by the Roma community throughout Europe today in order to “support” refugees.

As a volunteer myself, I would never advise that individuals be silent on reporting serious abuses in order to protect the reputations of entities or communities, nor am I now. What should be done, rather, is to impress upon volunteers the importance of contextualizing their observations in the larger reality of their temporary homes. Volunteers must think carefully and be aware that they are working in a diverse region with complex, intersecting experiences. Justice has never been a zero-sum game, and it is this myth that tacitly supports the system that has brought humanity to this point.

Cover photo courtesy of the author. 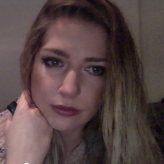 Kelsey Montzka-Boettiger is a former Fulbright English Teaching Assistant turned current MA student/Teaching assistant at the University of Niš in Serbia. She has been volunteering in the Refugee Crisis since September 2015, both in-person and through online coordination of relief efforts across the Balkan corridor. You can find her on twitter at @MonsterTigerbot.