Sometimes the greatest dangers are those known but forgotten. As flooding wreaked havoc across Serbia, Bosnia, and Croatia, the rising waters revealed another threat lurking beneath the ground. Landmines left over from the Bosnian War, which left the countryside peppered with explosive devices, were unearthed and moved, rendering years of survey work futile. As international media outlets focus their attention on these remnants of war, the compounding problem begs the question: why is that, 19 years after the war ended, there is still so much work to be done?

Bosnia is a signatory state to the Ottawa Treaty, the international effort to ban landmines. When they signed in 1999, the Bosnian government was given 10 years to rid the country of mines. In 2008, Bosnia was given an additional 10 years, setting the goal of being mine-free by 2019. No one seems to think this will happen. Before the floods, approximately 540,000 citizens were endangered by mines, with 2.4 percent of the country still contaminated—a daunting task for deminers.

Humanitarian mine action began in Bosnia in 1996, with the founding of the United Nations Mine Action Centre. In 1998, responsibility was transferred to the fledgling Bosnian government. The Bosnia and Herzegovina Mine Action Center (BHMAC) was established, providing a weak framework for mine removal that centralized power across the entities rather than in the national office. In 2002, Parliament passed the Demining Law of Bosnia and Herzegovina, reforming the structure of BHMAC and granting the national office authority over all organizations involved.

After multiple failed attempts to revise the Demining Law, the 28 organizations accredited to perform mine removal are working with an outdated legal framework. The problems that plague mine action are political and financial, rather than technical. As a testing ground for new demining technology, Bosnia is home to some of the most skilled mine removal experts in the world, but now they are leaving for Afghanistan or Iraq, unable to find work at home.

Exacerbated by this political inaction, Bosnian humanitarian mine action has been facing a financial crisis for many years. In 2013, only 44 percent of the expected funding was realized. With a 40 million euro plan supplemented by only 18 million euros, mine action organizations were able to complete just 36 percent of proposed tasks.

According to Amir Mujanovic, director of the Landmine Survivors Initiative, the decrease in international funding isn’t abandonment—its an aspect of Bosnia’s Ottawa Treaty stipulations that the national government should have been prepared for. The startling discrepancy comes from comparing realized funding with amounts allotted in the strategic plan. The relatively similar support from national and international sources takes on a very different appearance: 8.5 million euros accounted for 81 percent of what the Bosnian government was budgeted to give, while 9.5 million euros was 125 percent of expected contributions from the international community.

To compound matters, if both national and international sources had provided 100 percent of their allotted funding, mine action would still be short 22.6 million euros from the amount needed to fulfill the annual strategic plan. This portion of necessary funding is entirely missing from budget expectations. Assuming that, with the international community offering more than their expected amount, it is Bosnia’s responsibility to account for the missing 22.6 million euros, their contribution of 8.5 million euros is a paltry 26 percent of necessary financial support.

Within the framework established by the 2002 Demining Law, fundraising is overseen by a Board of Donors created by the Demining Commission, Bosnia’s highest authority on mine action. According to several prominent figures in the mine action community, the commission is a weak body and the Board of Donors has clearly failed in its responsibility to secure funding.

This crippling combination of political inaction and financial malnourishment has squandered the remarkable technical capacity of Bosnian mine action. In the face of a threat heightened by catastrophic flooding, the Bosnian government needs to claim greater responsibility for supporting mine action and finally revitalize the antiquated environment that has hindered progress for too many years.

Cooper Hewell is an alumnus of the SIT Study Abroad Program Serbia, Bosnia, and Kosovo: Peace and Conflict Studies in the Balkans. The 15-week (semester) program allows students to examine peacebuilding, post-conflict transformation, and the impact of international intervention on state formation, human rights, and transitional justice in the comparative context of Southeast Europe. Each student conducts an independent Study Project (ISP) during the last month of the semester. The above article was adapted from Hewell’s ISP. 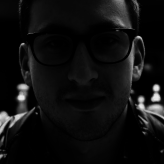