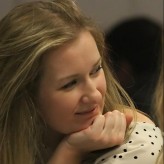 Dunja Latinović was born in Sarajevo, where she studied French language and literature. She has been involved in politics and media development projects in Bosnia and Herzegovina, worked as a translator, and took part in producing several documentaries. She has lived in Belgrade, Serbia, since 2009, where she worked with International Research and Exchanges Board (IREX) as a program manager training media professionals, and later co-founded an organization called eProject, which promotes media literacy in Serbia. She currently splits her time between Belgrade and Frankfurt, and makes regular visits to Sarajevo.

Ubavka Dizdarević trained as a doctor in 1980s Sarajevo. With her children, she fled Sarajevo…

Danica Ilic left Serbia to work for the BBC in London a decade ago. She…

Eldar Sarajlic is a young researcher in political theory who currently lives in NYC. Originally…