Corruption, disputes with the government, and crime are currently plaguing the highest levels of Romanian club football, including its biggest team.

Somehow, things could not have gone much better for George Becali – but they also could not have gone much worse. The businessman, politician and one of the most important figures in Romanian club football managed to avoid jail time for fraud this spring mainly because he was writing books. But Becali can’t really enjoy his newfound freedom. His club, his ‘everything’, Romanian record title holder Steaua Bucharest, is in big trouble. It’s so bad that Becali has repeatedly threatened to sell the club. Analogizing from the German context, a similar threat would be equal to Franz Beckenbauer distancing himself from Bayern Munich, only with far less elegance.

Everything started with Steaua, the former club of the Romanian Ministry of Defence, which failed to clearly resolve the question of naming rights and club insignia when the club was privatized in 1997. As a result, the Ministry of Defence decided that it wanted to use the insignia itself and brought the matter before the courts, and won. The high court in Bucharest ruled in favour of the ministry in late 2014, stipulating that ownership of the name, the club emblem and the traditional red and blue club colours would remain with the Ministry of Defence. The top Romanian club Steaua Bucharest suddenly lost its identity. And that’s where the real trouble started.

Rumour has it that the Ministry of Defence demanded a money transfer of several million euros just to release the club’s naming rights. But Becali refused to pay. In the meantime, Steaua started playing in canary yellow jerseys. The club wasn’t allowed to enter the premises of its Ghencea stadium this summer, ostensibly because Becali was not prepared to pay the 30,000 euros rent per match played. Just for the right to use the Steaua brand, the ministry demanded a rent as high as 60,000 euros. At least the parties involved have recently returned to the negotiation table, working for a way to cooperate without losing face.

However, Becali, who seized ownership of Steaua in 2003, is angered that the decision about the club’s future has taken so long. When Steaua lost their qualifier for the UEFA Europa League against Norwegian record title holders Rosenborg Trondheim, Becali also lost it. “I’m giving Steaua back to the army if they want it,” he said during a recent press conference. Instead, he would take at least eight players and ‘four or five kids’ from the youth clubs with him and join another club, preferably at Petrol, a club from the oil-producing city of Ploiesti roughly 60 kilometres north of Bucharest. Prior to that, Becali showed interest in another top Romanian club, Astra Giurgiu. But their potential insolvency and rumours that their players didn’t even own proper training gear turned him off.

This is not an isolated case. Romanian professional football, and particularly its top football league, are currently experiencing their most painful period since 1989. Six clubs in the top league have started this season without any money. All of them – including the major, traditional clubs Dinamo Bucharest and Universitatea Cluj – are currently embroiled in insolvency proceedings. This also means that they cannot compete in any European competitions. The whole state of affairs has left Romanian football fans wondering whether there will even be any Romanian clubs in the UEFA Champions League or Europa League. Some wonder whether or not any of them should make it there at all.

Owning a football club in Romania became a leisure activity of nouveau riche businessmen in the early years of transition. Electronics retailer George Copos bought Rapid Bucharest during the mid-1990s, while natural gas dealer Cristi Borcea took over capital city rivals Dinamo. And from 2003 onwards, George ‘Gigi’ Becali, a real estate mogul, has been in charge of Steaua. Football clubs became as exclusive a luxury as Italian sports cars and pricey watches. The state was weak at the time, and the law of the jungle applied, both on the football pitch and in the country’s economy. Off the pitch, the new owners used their clubs as multipliers for their businesses, as a stage for their personality cults, and, if they happened to harbour any political ambitions, for campaigning. The game was reportedly used to launder money as well. “They tried every maneuver imaginable,” Ladislau Bölöni, former coach of the national team, told the online platform Digi24 in July 2014. “There was probably also some illicit earning.”

But the party had to end at some point, and it did at the end of last year when the Romanian anti-corruption agency DNA sent its agents out to investigate the country’s football clubs and brought the biggest people in football to court. They were charged with tax evasion related to the transfer of international players. After a year-long process, the court convicted eight people. The list was a veritable who’s who of Romanian football: George Copos, Steaua director Mihai Stoica, his manager (and former professional footballer) Gheorghe Popescu, and former Gloria Bistrita president Jean Padureanu, were all found guilty and forced to do a stint in Rahova prison. Cristi Borcea and brothers Giovanni and Victor Becali, the first professional football agents to emerge in the country after 1989, were also implicated. They were accused of causing damage to several clubs in the amount of 10 million euros, and to the Romanian state in the amount of 1.5 million euros. For the sake of comparison, Romania’s top football league has a total revenue of 100 million euros per year, as estimated by Romanian sports journalist Stefan Beldie.

Steaua managed to prosper within this system for a long time, and was perceived as financially stable until the Ministry of Defence decided it wanted its piece of the pie. This is also the main reason why commentators like Beldie do not trust Becali’s threats. “He only has this one secure and constant source of income, the football team,” Beldie says. It’s hard to imagine that he’ll part with something that has been so lucrative for him for years. “Steaua is furthermore in better shape than its rivals in Romanian football. But if you consider the quality of the team, there is a need for quick further investments.” After all, Steaua won the championship last year.

However, ‘Gigi’ Becali seems to be showing symptoms of fatigue. He recently announced that he wants to assign Steaua to club veterans Mihai Stoica and Gică Popescu. It’s not the first time that Becali has announced his planned retreat from the public. But he couldn’t transfer the club to the two men right away even if he was dead serious about it. They would need to be released from prison first. 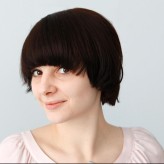 Eva is an Austrian journalist with the business daily Wirtschaftsblatt. She mostly covers the CEE/SEE-region, and was a correspondent in Romania from 2012-2013. She's written for publications in Austria, Germany, and Romania.