A recent report on the current situation of child labor in Turkey has revealed that workplace accidents in the country have killed 194 children in three years, 19 of them Syrian refugees.

Though it may sound too early for them to carry the burden of life on their little shoulders, Turkey’s nearly one million child workers have no other option. They have to work long hours at workplaces plagued by poor safety conditions to contribute to their family income.

Most of these children work in close contact with toxic products and hazardous environments, as UNICEF describes in a recent report. Turkey has a bleak record of workplace safety, and thousands of workers have been killed in recent years due to lax safety regulations. What is even more tragic is that a considerable number of these victims every year are children. According to data released by the İstanbul Council for Workers’ Health and Safety (İSİG), a total of 194 child laborers were killed at work in Turkey between 2013 and the first half of 2016. Hidden in the numbers is a long-overlooked tragedy: the Syrian refugee crisis that has entered its fifth year in Turkey. The İSİG reported that 19 of the child workers killed since 2013 were Syrian children.

On June 12, the World Day Against Child Labor, a 12-year old in southern Turkey was severely injured after a barrel exploded at his workplace, an auto maintenance workshop. According to İSİG figures, half of the child workers in Turkey are employed in agriculture, while the remaining half are hired for jobs in industrial production and services. In the first five months of 2016 alone, 18 child workers were killed in workplace accidents in Turkey, and two of them were Syrian. These deaths took place at agricultural and construction worksites. İSİG cites seasonal agricultural work, where families travel along with their kids, for the reason behind the high number of casualties among child laborers involved in this particular job.

Between 2013 and May 2016, traffic accidents, poisoning, drowning, falling from heights, or being trapped under rubber were the top five causes of child workers’ deaths in Turkey, according to İSİG. Thirty-one of the 194 deceased were females, while at least two were just six years old. Adana, Urfa, Gaziantep, Konya, İstanbul, and Manisa were the top six provinces where the highest number of children were killed at work since 2013.

The Ankara-based Confederation of Progressive Trade Unions of Turkey (DİSK) put the average working hours for children in Turkey at 40 hours a week in a recent report. This figure can increase to as many as 54 hours, and most children earn between TL 600 ($204) to TL 800 ($273) a month.

One problem Turkish child workers share with their Syrian peers is a lack of access to education. According to UNICEF, there are 1.49 million Syrian refugee children in Turkey, comprising 54 percent of the registered Syrians inside the country. The organization states that nearly 500,000 out of 850,000 school age Syrian children do not have access to an education.

UNICEF warns of the increasing number of Syrian child workers in Turkey, citing seasonal agriculture, small and medium enterprises, including textile and auto mechanics workshops, and working on the streets for Syrian child laborers. Underlining the mental, social, physical, and psychological harm to children, the UNICEF report calls on the Turkish government and NGOs to help protect children from economic exploitation. 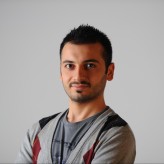