New research by the Center for Queer Studies examines the demographics and background of homophobia in Serbia.

Serbia’s record on lesbian, gay, bisexual, trans, and intersex (LGBTI) human rights have been less than stellar. Politicians have often said discriminatory things in the press, and there continues to be physical violence towards LGBTI people in the country. Though a large-scale Belgrade Pride has been organized and took place the last two years, one still finds very strong anti-LGBTI attitudes in the majority of the population. According to research released by the National Democratic Institute, 66 percent of the general population in Serbia view homosexuality as an illness.[i] Though various academic texts and NGO reports have tackled the topics surrounding homophobia in the country, the Center for Queer Studies in Belgrade recently released a new study that looked at homophobia from a qualitative perspective that rarely exists in the current literature, especially on the subject of internalized homophobia.[ii]

I have been researching LGBTI human rights and activism in the region, mostly in Serbia, for several years now, so I was interested in the new perspectives that this research could bring. To get a better overview of the research that the Center for Queer Studies conducted, I spoke with the coordinator and editor of the research, Aleksandar Stojaković,[iii] about the Center’s findings. The following interview has been edited for length and clarity.

Why did you begin the research on homophobia and internationalized homophobia?

I found a necessity for research-based information about homophobia and how the heterosexual majority perceives homosexual people in Serbia, which is a highly homophobic society. We often tend to guess what [homophobic individuals] think of [people who identify as homosexual] and what they don’t like about them, without having facts about it, without having research about it. Also, this is the first research of its kind [in Serbia]. We had several quantitative researches about homophobia in Serbia, but never qualitative, which allows us to go deep into the causes of negative attitudes and behavior towards homosexual people.

What was the timeline and locations of the research?

What were the most surprising findings of the research?

For me, the most surprising and unexpected finding was that there were no difference in responses among the respondents based on age, education, or living area (urban or rural). I expected that younger generations would be less homophobic than older people. Also, I thought people who lived in the cities would be more “gay-friendly” than those from rural areas. The only difference in responses was actually between men and women and only in the intensity of their attitudes.

What was the most frustrating things that were said during the interviews?

There were lot[s] of them, but, as an interviewer, I had to keep focused. Probably the most frustrating was when they insisted that [people who identified as gay or lesbian] have all the rights, and in some cases even more, as heterosexual people – that they are more protected, even though you confront them with facts that LGBT people don’t have lot[s] of the basic rights like straight people. But [they] would still insist that LGBT people are equal in the eyes of the institutions.[iv]

What do you like to see come out of this research?

Well, our goal was for the research to be useful for LGBT activists, that they could use it in their political agendas and their approach towards the public and LGBT people as well. We want activists to think about it and carefully study all the arguments around homophobia so they can deconstruct it in their effort to play the part in sensitizing the public attitudes toward LGBT people. Information could be a powerful tool; unfortunately, I am skeptical they will use it.

What were your conclusions?

This research helped me to further develop and construct my thesis about the central part that misogyny plays in homophobia, or that homophobia is just a derivative of patriarchal power relations. My thesis, which I explain in the introduction of the research publication, is that men are the carriers of homophobia, and women internalize it.[v]

The complete research is available on the Center’s website.[vi][vii]   The researchers will also present the findings again at Belgrade’s Media Center at the beginning of May.

[ii] The research focused mainly on homophobia, meaning that transphobia was not addressed significantly in the current research.

[iii] Stojaković conducted the research with 5 other researchers and first presented publicly at the Cultural Center REX in Belgrade on April 5, 2016.

[iv] There are anti-discrimination laws in place to protect people who identify as gay or lesbian, with work being done to protect trans people. However, the implementation of such laws is low.

[vii] For an English language summary, please refer to pages 158-166 of the text. 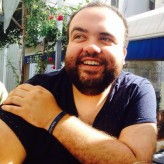 Alex Cooper is a research consultant based in Belgrade, Serbia. He currently studies political participation of LGBTI people in the Balkans. He received his M.A. in Critical Gender Studies from Central European University in Budapest, Hungary and his B.A. in Government and Community Studies from The College of William and Mary in the U.S. You can follow him on Twitter @wgacooper.