Good morning Ukraine, and how are you today? I am Doctor Christine Lagarde from the IMF, and this is my assistant the European Union. We are standing in for Doctor Putin, who is away on holiday in the Crimea at the moment. We have examined your test results, and we regret to inform you that your prognosis is not good.

As your Prime Minister Arseniy Yatsenyuk has pointed out, you are on the “brink of economic and financial bankruptcy” as a result of decades of corruption and economic stagnation. Your currency reserves are at a critically low level and you need $35 billion over the next two years to avoid default.

You will therefore be pleased to know that the IMF has decided to offer you a $27 billion rescue package in order to help bring your country back to economic health and incorporate it fully into the international economy, and the EU will also be offering a generous 11 million euros.

As has been the case in similar situations elsewhere, this assistance will require you to undergo what the Wall Street Journal calls “painful budget cuts that will strain the country’s fragile economy.” These will include the dismantling of state-owned enterprises in order to open up your economy to foreign investment, in addition to a swathe of job cuts and reductions in social provision.

As your Prime Minister has explained, this process will require any future government to “do difficult and unpopular things.”  Mr Yatsenyuk has already explained that spending cuts will cost 24,000 government jobs in the first instance, cuts in state pensions, higher rates of income tax, and changes to your constitution.

Our package will also require deregulation, the wholesale privatization of your coal mines, oil and gas pipelines, grain silos and other industrial assets in order to make them more attractive to Western investors, in addition to a removal of energy subsidies in order to align energy prices with current international market rates, which will result in a fifty percent hike from May 1.

We realize that these reforms may cause considerable hardship and turmoil for millions of Ukrainians, in a country where the average GDP per capita is $3,867.  As a recent report by the Institute of International Finance points out, the adjustment program we are recommending will involve “massive social and economic pain”.

But we would like to remind you that similar shock therapy has been administered in every country that we have dealt with, with highly positive results, in the former Soviet Union, in Yugoslavia, Iraq, and more recently in the European Union.

And would also like to reassure you that this pain will not be felt by everyone.  Private investors will not be affected unduly by this transformation, and the current package, as the Wall Street Journal approvingly observes, is specifically designed to protect them from the changes that we believe are necessary to restore your economy to full health.

We understand however, that this treatment may produce negative political consequences, especially in this very volatile and unpredictable period in your country’s history, and could worsen the current political crisis and exacerbate ethnic conflict and separatist tensions.

That is why we will ensure that four million households receive some form of government assistance, and that spending cuts over the next two years are conducted at a pace “commensurate with the speed of the economic recovery and protecting the vulnerable.”

If you look at the dismantling of the state in Iraq, or the bailout packages imposed on Greece and other European Union members states in recent years, you will notice how well the vulnerable have been protected. You might, for example have read the latest report by the Catholic charity Caritas, on the impact of IMF/EU-imposed austerity on various European countries.

Among other things Caritas found that reforms designed to promote more “efficient” public administration have resulted in “people with disabilities and pensioners having to wait for months for their allowances and pensions because there is not enough personnel to process all the claims.”

In Greece, the report found “households that could not afford heating during the winter and of some without electricity”, “an unprecedented lack of access to social services, including health services” and “serious psychological problems”, amongst the population, including a high rate of suicides, a 25 percent increase in homelessness, a fall in the birthrate and a rise in still births.

We hope that none of this will happen to your population.  But you must know that if there are negative side effects, we will nevertheless insist that you continue with the treatment, because there is really no other way to make you better.

Here is your prescription.  Have a very pleasant weekend.

The above post originally appeared on Matt Carr’s website, Infernal Machine. He generously gave us permission to republish it here. All photos are from Odessa, Ukraine and were taken by Balkanist. 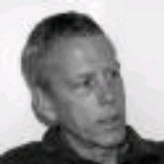 Matt Carr is a writer and journalist, living in Derbyshire England. He is the author of four published books, #000000;"> My Father’s House (Penguin 1997), The Infernal Machine: a History of Terrorism (New Press 2007), recently republished in the UK as The Infernal Machine: an Alternative History of Terrorism (Hurst & Co 2011), Blood and Faith: the Purging of Muslim Spain (New Press 2009, Hurst 2010), and Fortress Europe: Dispatches from a Gated Continent (New Press/Hurst 2012). As a journalist, he's written for various print publications including The Observer, The Guardian, The New York Times, History Today, Race & Class, Geographical magazine, Red Pepper and New Politics. He's a regular contributor to The First Post website and the IPS news agency. Matt has also appeared on British, American and Canadian radio as a guest contributor, usually on terrorism-related issues. He has lectured and given seminars in a number of British universities, schools and cultural and educational institutions, including Derby, Newcastle and Nottingham universities and the Cervantes Institute in London.