Which holidays and events are remembered, banned or forgotten in Turkey today, amid post-coup attempt arrests, minority repression, and the ongoing security threat posed by ISIS? Has Avrat offers an overview of recent events.

I was watching my various Twitter feeds tick by last Friday. Fridays in Turkey are not days when the week winds down; if anything it tends to be mired in political developments, and sadly, various security incidents – almost always resulting in someone’s death – across the country.

It was with disbelief that I read that the Governor of Ankara, Ercan Topaca, had banned community-based Aşure (Ashura) events. Aşure is a lovely dessert dish made every year during the month of Aşure (Ashura) to commemorate the martyrdom of Hz. Ali, the grandson of the Prophet Mohammed. Traditionally it is cooked communally and distributed to neighbours. As a young child I was not fond of the dessert: it has a thick porridge-like consistency and contains white beans, chickpeas, and about half a dozen other grains as well as dried fruits and nuts. It contains no animal products. There is no one definitive recipe and variations can be found across Turkey although the sprinkling of bright pink pomegranate seeds on top is unavoidable. Urban lifestyles are not conducive to getting to know one’s neighbours, and Aşure was one of those events that took us to our neighbour’s door and them to our door, exchanging the small glass bowls of dessert.

As I have grown up, so have my taste buds, and my understanding of the greater function of such events. Thus the ban imposed by the Governorship of Ankara was met with an outcry. Social media took up the cause with the hashtag #İnadınaAşure (Translation: Stubbornly Aşure) and Alevi cultural foundations condemned the ban. Aşure is associated with Alevis, although it is not strictly an Alevi practice. The martyrdom of Hz. Ali is an event that affects all Muslims, and the commemoration of his death is the dominion of all Muslims too. However, the ban was perceived by some as an attempt to repress a cultural right. The rationale given for the ban was that the authorities had received intelligence that such community events may be the target of terror attacks. Yet community Iftar meals held during Ramazan this year were not subjected to any blanket bans, and the threats to public safety and security were as real then as they are now.

Alevis have been long persecuted in Turkey and are especially sensitive to anything – both real and imagined – that encroaches on their rights. And perhaps you would be too if you were the grandchild or the great-grandchild of a family who survived two massacres and was internally displaced several times in the past 100 years. It is not without reason that Dilek Doğan’s mother said: “We escaped from death in Maraş only to have our child killed before us here.” [Biz Maraş’tan ölümden kaçtık buraya geldik, evladımızı burada dizimizin dibinde öldürdüler]. Trauma is passed on like genetics, it becomes a family heirloom, is carried from place to place, and internalised.

Necati Yılmaz, an MP for the main opposition party the CHP, had a face-to-face meeting with Governor Topaca and succeeded in securing a retraction from Topaca. In less than 12 hours, the ban on community-based Aşure events in Ankara province was lifted.

When the counter-terrorism police conducted a raid on an ISIS safehouse in a residential neighbourhood of Gaziantep that lead to the death of three police officers, they were also acting on intelligence that ISIS was planning an attack on an Alevi cultural centre. This is in keeping with previous attacks carried out by ISIS in Turkey, which has specifically targeted Alevis, leftists, and the pro-minority largely Kurdish HDP.

The raid in Gaziantep was carried out one day after the Aşure ban furore. In a sense, the authorities cannot win: they impose bans to ensure public safety and get grief, or an attack happens and they get grief. And now there is a new ban: the Ankara governorship has declared that no marches or rallies will be permitted until November 30. The reasoning provided by the governorship is, once again, risk of terror attacks and public safety. This 45-day ban does cover two important dates for the Republic of Turkey: October 29, the anniversary of the creation of the Republic of Turkey, and November 10, the anniversary of the death of the Republic’s founder, Mustafa Kemal Atatürk.

There is a great deal of speculation about whether this ban is politically motivated or if it is a ham-fisted reaction to security threats. Given the progress of the Euphrates Shield military operation in northern Aleppo, which has succeeded in cutting off ISIS’s direct access to the Turkish border, as well as the increased number of raids targeting the ISIS network in Turkey, it is logical to assume a heightened state of alert. However, it could easily be argued that the Turkish state is changing its behaviour in accordance to terrorism threats and, thus, in a sense conceding a victory to those who perpetrate terror. It is hard to see what mid- and long-term security strategies Ankara is pursuing, as Ankara tends to be reactive rather than proactive, especially with regard to threats posed by the likes of Al-Qaeda and ISIS in Turkey. Turkish authorities do not make it easy for themselves; as the Governor of Gaziantep Ali Yerlikaya demonstrated during a press conference about the counter-terrorism operation. Yerlikaya’s clumsy efforts to explain the sequence of events created confusion and, with malicious opportunism on the part of some, led to incorrect reporting that he had tacitly endorsed the ISIS terrorists. I found myself longing for the likes of former Deputy Prime Minister Bülent Arınç, whose masterful use of the Turkish language always made press conferences that little bit more enjoyable.

It is worth noting that following the horrific ISIS-perpetrated attack on a wedding party in Gaziantep on August 20, the Gaziantep governorship enforced a blanket ban on all outdoor celebrations that has been in place since September 2. Yet this seems to have been largely forgotten by those arguing that the Ankara ban is political, because what happens east of Ankara doesn’t happen at all for some segments of the Turkish public.

Victory Day, another key date in the Republic’s history and celebrated on August 30, was – contrary to widespread belief – celebrated this year. Comments made by Defence Minister Fikri Işık resulted in reports that claimed the celebrations had been cancelled entirely. Işık issued a clarification that the military parade traditionally held at Ankara’s hippodrome was cancelled. Işık tacitly hinted at why: post-coup attempt some 311 soldiers including 9 general had deserted. The protocol order (protokol sirası) was in disarray. This may seem a very minor detail, yet the Turkish state is wonderfully Byzantine in the rigidity it maintains with regards to rank and protocol. Who can forget that bickering that surrounded that balcony speech of former Prime Minister Ahmet Davutoğlu after the election in June 2015, with some long-standing MPs irate at newcomers being given space on the balcony. And the aforementioned Mr Arınç snapping “if he’s up there, I won’t come” in reference to the presence of the mayor of Ankara, Melih Gökçek. Having a military parade with a large portion of the top brass missing does not send out the sort of message that such parades are meant to communicate.

The celebrations of Victory Day in 2015 were also muted, with then-Prime Minister Ahmet Davutoğlu issuing a directive that celebrations would be of a solemn nature due to recent terror attacks endured that summer, that ultimately lead to the collapse of the ceasefire with the PKK.

There is reason why Turkey’s Republicans are up in arms (Republican, rather than Kemalist or Secularist seems a more apt description and shorthand). Celebrations of the commemoration of Atatürk, Youth and Sports Day held on May 19 was severely curtailed by the Ministry of National Education this year, until the Council of State stepped in and ruled that the directive issued was unlawful. This only happened because a disgruntled pro-Atatürk foundation filed the complaint. Celebrations in İzmir were cancelled as a result of news of the death of four soldiers killed fighting the PKK in Hakkari.

What is more, rallies and marches, when arranged by or in support of the governing AKP, there is no discussion of cancellation due to security matters. The opening ceremony of the Osmangazi Bridge went ahead with all the fanfare as scheduled despite the ISIS-perpetrated attack on Istanbul’s Atatürk International Airport only two days earlier. It will be interesting to see if commemorations of the failed coup attempt on July 15 will ever be muted for security or other reasons. These types of events are held to shape narratives; as one narrative is amplified another is muted. And sometimes, entirely erased.

May 27 use to be a national holiday to commemorate the 1960 coup and was called Hürriyet ve Anayasa Bayramı (Translation: Liberty and Constitution Day). It was instated in 1963 – three years after the coup that removed Menderes from power – and abolished when the 1982 constitution was adopted.

The problem with any narrative – as Yuval Noah Harari eloquently explains – is that it is not an objective reality, yet treated as such by the subscribers of said narrative. It is not possible to convince Republicans that their country – their Republic – is not facing an existential threat, as much as it is not possible to convince people who believe that the Treaty of Lausanne “expires” in 2023 otherwise. Both are real in the eyes of the subscribers of each narrative. 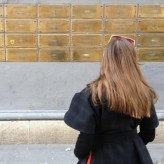