EU membership should come with a set of values that cannot be ignored for the benefit of leaders like Erdogan who despise democracy, argues Makis Mylonas.

Ipek* was born and raised in Izmir, Western Τurkey’s most vigorous metropolitan city. Back in her school years, she used to wait for the spring to come as it was by then that her mother would allow her to do her homework in the balcony, breathing the scents of the Mediterranean breeze. When she was sad, she wanted to cross the sea and escape to Europe, when she was happy, she was dreaming of the European flag waving in Izmir’s town hall. This was anyway her strongest memory from her Erasmus semester in Europe. In public buildings around the EU, she would always notice the blue star-spangled flag next to every national flag — and she loved it.

Ipek, now 28, belongs to the vibrant community of those young Turks who had the chance to study in the prominent universities of Istanbul, which are widely considered as some of the most progressive academic institutions in the Muslim world. She studied Political Science and a large part of her curriculum had to do with the European Union and Turkey’s longstanding accession process. Ipek believes in what the EU stands for in our global world and strongly supports her country’s candidacy for full membership in what she considers to be the most successful democratic project in history.

Ipek was one of the thousands of young liberal Turks who joined the demonstrations at Istanbul’s Gezi Park in 2013 and since then she’s tried to do whatever she can to halt Erdogan’s authoritarian drift. A modern Turkish woman herself, she felt embarrassed when she heard the legitimate President of her country arguing that women are not equal to men, she felt scared when she watched police forces brutally shut down the TV channel she used to watch, she felt angry when a friend of hers was sentenced to 11 months in jail for “insulting Erdogan”.

During the last weeks, Ipek has been following the news of the refugee crisis and she hardly understands how the refugee issue is related to Turkey’s EU bid. On the very same day she watched police forces once again seize a media group, she read commentary about Turkish public officials allegedly announcing that they forced the EU to accelerate the accession process, as the Turkish government promised to control the refugee waves to the EU.

Indeed, the final 9-point deal of 18 March between Turkey and the EU on the refugee crisis contains a mutual commitment “to re-energise the accession process” but no further explanation is provided. What brought Erdogan´s Turkey closer to the EU dream? Is his alleged willingness to help with the migrant flows enough for the EU to turn a blind eye on Turkey´s eroding freedoms? Just before the deal was announced, a British academic was deported from the country over Kurdish new year invitations and a German journalist left Turkey after he was refused the right to work.

This is not Ipek’s Europe; she never fought for something like this. In her dreams, Turkey being a part of the EU would never look this way, it would not be a part of a morally questionable bargain. She wanted to see her homeland meet the democratic standards required to join the Union, she dreamt of Turkey as a modern democratic country with robust public institutions.

Today, Ipek is quite sure that the EU is prepared to betray and to sacrifice her hopes. Suddenly, she feels that her future is being tied to that of Zehra’s, the girl of roughly her age, who fled from Damascus four years ago and has been living in Ipek’s neighbourhood since then. To stop Zehra from moving to Vienna or to Berlin, the EU demands from Ipek to tolerate Erdogan’s growing appetite for authoritarianism — and this is not probably going to work.

In the case of Ipek, the EU should not repeat the same mistakes it made with Zehra. Before being practically a nobody in Istanbul, Zehra used to be like Ipek, a young woman struggling to cope with an oppressive regime. Her dream was not to cross the Aegean in a plastic boat but to live and prosper with dignity in Damascus.

If the EU sacrifices Ipek’s future in Turkey to shield itself from Zehra’s “invasion”, it will have sold its soul to the devil for nothing. Given the long and problematic effectiveness track record of the Greek asylum system and Turkey’s reluctance to stop migrant smuggling, the deal seems impossible to implement. Thus, Democracy can keep Zehra and Ipek happy at home, not a wall or an exchange deal. Full EU membership comes with a high value legacy that cannot be wasted on leaders who despise democracy. The EU should stick to its democratic values and address the root causes of the refugee issue.

Instead of building razor wire fences, let’s start thinking about strong plans that would destroy the walls of injustices and inequalities around the EU borders. Maybe it´s time for an EU-inspired Marshall Plan to tackle poverty and boost growth in our Mediterranean neighborhood. Τhere is high probability that it will cost us less, both morally and economically.

*Ipek, as well the Syrian refugee Zehra, is a fictional character, inspired by the many young Turks I have met over the last few months by travelling around Turkey, for research reasons. From Istanbul to Diyarbakir and from Bodrum to Ankara, I encountered many representatives of a generation struggling to satisfy its thirst for freedom. 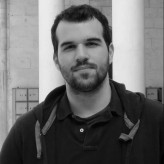 Makis Mylonas is a Public Policy Analyst and a frequent columnist on EU Politics, Migration Governance and Middle East issues (Parapolitiki.com/AthensVoice). Ηe holds a BA from the Law School at the University of Athens and he is currently completing his MSc studies in Public Administration at Leiden University. On Twitter: @MylonasMakis