Since the June 2015 elections, Turkey has been run by an acting government overseen by President Erdoğan. When the coalition is eventually formed, writes Ozan Agbas, its foreign policy strategies with regards to Syria and IS will reflect the conservative politics and military aims of Erdoğan’s AKP party.

Turkey is currently experiencing a traumatic political crisis under the leadership of President Erdoğan. Societal tension is fueled by fear of terrorism and insecurity, and brutal nationalism has reached the level of hysteria over the last few weeks. Overt hostility and aggression toward the Kurdish Workers’ Party (PKK) and the People’s Democratic Party (HDP) on the part of the President have resurrected old narratives of the militant nationalist period of the 1990s. In the 1990s, Turkey witnessed a “low intensity” conflict between the PKK and the Turkish Army that caused more than 40,000 casualties and an estimated 5 million internally displaced persons. It also led to ethnic discrimination, rampant human rights violations and a series of anti-democratic measures.

Two years ago, the AKP and HDP launched a “peace process” in hopes of reaching a level of social and political reconciliation that might put an end to the conflict. But now it appears the ruling party has walked away from the peace process as a way of compensating for its failure in the recent elections in June.  Over the last two weeks, there have been debates in Turkey over tighter security measures and planned actions to be taken against Islamic State (IS) and any sort of political opposition from Kurdish and leftist groups, both within and outside Turkish borders. The aggressive tone and highly provocative terrorist incidents have brought nothing but death, hatred and sorrow to the national agenda. These events show that the AKP is desperately seeking recourse to iron fist policies inside the country as well as attempting to geopolitically reposition Turkey through active military engagement in the region.

What has happened in Turkey recently?

On July 20th, a suicide bomber killed 32 young people – mostly university students – in Suruç during a protest organized by the Federation of Socialist Youth Associations (SGDF). The volunteers were planning to cross the border to deliver humanitarian aid to Kobane (a small, mostly Kurdish, town in Syria) to help rebuild it after intensive Islamic State attacks in recent months. After three days of interrogation, a 20-year-old Turkish man from a rural area was declared to be the perpetrator, and police pointed to IS as the organization behind the attack. However, the bomber’s links with IS, how he managed to arrive at the site with a large number of explosives amidst strict security in the area, and many other questions regarding security gaps are still a mystery.

Several terrorist attacks (some of which have been claimed by PKK) have also occurred, including the execution of two policemen, the killing of soldiers in different areas of the country, arson attacks on government-owned vehicles, and armed clashes with the Turkish military. Since these attacks, the government has led the country towards a war on terrorism, targeting a list of organizations that includes the Islamic State, PKK, various armed leftist groups and any organization that might potentially voice opposition to the government’s policies. In the last week, more than 1300 people have been arrested in their homes, workplaces or at protests by police anti-terrorism forces. Many, if not most, of the detainees are Kurdish nationalists and/or radical leftists (including members of and even provincial presidents of the HDP) rather than members of ISIS or suspected Jihadists. A variety of political organizations have criticized these operations run by the police anti-terrorism department as “a witch-hunt” designed to suppress voices critical of the government.

Apart from security incidents inside the country, armed clashes also occurred between the Turkish Army and IS on the border within the last week. Turkey’s military forces and Islamic State fighters have exchanged fire over the Syrian-Turkish border, resulting in the death of one soldier. The Turkish army in turn hit back with howitzers and heavy weapons. Shortly thereafter, President Erdoğan and US President Barack Obama had a conference call, resulting in Turkey’s shifting of its passive, reluctant position in the alliance against IS to an active partnership involving its air forces and military. Yet contrary to what has been officially articulated, Turkey launched an airstrike concentrated mostly on Northern Iraq, targeting the PKK central base in the Kandil mountains and surrounding settlements. Only a minority of the airstrikes have targeted the Islamic State in Syria.

What are Turkey’s aims in Syria?

Turkish politicians have long promoted the idea of a buffer zone along its border with Syria. The demand has been voiced several times in the past but its partners – the US in particular – have never supported it. But now the US and Turkey are working together on plans to create an “IS-free zone” along the border with Syria. Indeed, the local authorities of Kilis disclosed the plans of a flight-free zone in a confidential meeting, though the Turkish government has not yet confirmed this. According to the plan, Turkey will create a 60-kilometer flight-free zone throughout Syria with the support of the US. This area will also be cleared of IS and PYD (Kurds in Syria) fighters. However, the timeline and definitive steps of action (e.g. land operations or required military measures) remain unclear.

Turkey’s military action against IS is considered a game-changer by the western media. Yet the intentions behind the government’s military action need to be more clearly understood, especially when we consider Erdoğan’s mid-term goal to regain political control after losing the majority in the general elections of June 2015.

Since the beginning of the Syrian conflict, Turkey has wanted to get rid of the autonomous Kurdish region that neighbors it on the Syrian border because the rather strong alliances between the PYD and the PKK are a threat to the AKP government. Furthermore, the armed influence of the PKK over the Kurds in Turkey would have been interrupted by the now-abandoned peace process. Turkey’s foreign policy in Syria was designed with an understanding of “my enemy’s enemy is my friend”. This is not the first time that Turkey’s foreign policy has been shaped by this motto.

Turkey is open to the presence of a manageable power group in northern Syria – one that ideally keeps the Syrian Kurds fragmented and that thwarts the Assad regime. Reinforcing the alliance with the Free Syrian Army groups (FSA) by ensuring their positions along the border and supporting them with military and humanitarian assistance is seen as an essential step towards achieving this scenario. Turkey and the US worked towards this for a long time, and the power group was partially implemented until the IS became more of a threat to the FSA than to the Assad regime. Upon the appearance of IS as a major player in northern Syria, the US withdrew what support it had extended to Turkey towards their mutual goal of overthrowing Assad. The US, in turn, tightened its relations with the PYD (Kurds in Syria) as the most effective fighting group against the IS. Meanwhile, Turkey’s ties with the IS developed through several channels, including the movement of foreign fighters, illegal oil trade and undercover weaponry support.

One of the most significant consequences of the conflict for Turkey is the large number of refugees who have fled Syria – 2 million and rising. Turkey’s humanitarian plan was to create a buffer zone for refugees where the international community could provide humanitarian services. In the last four years, various NGOs, such as the Red Crescent, have helped refugees cross the border. However, as the conflict in northern Syria has escalated, there has been more refugee movement throughout Turkey itself. The government’s humanitarian response has been too limited for such a large-scale crisis. Yet the Turkish government has managed to present the illusionary image of hospitability with “five-star refugee camps” being reported on by the international media. Latest figures show that only 264,637[1] out of 1,805,255[2] registered Syrian refugees live in the 27 camps that have been established in Turkey. The rest of them live in urban areas and are supported by NGOs or the local population.

One of the most egregious acts of Turkey’s acting government is its cover-up of unlawful interventions against certain Kurdish politicians by deliberately suspending the peace process because of the fight against IS. Committing to fight terrorism gives Turkey’s authoritarian government a degree of legitimization: the fear of suicide bombs or border security (accompanied by local hostilities against Syrian refugees) and historical paranoia over the separation of Kurds from the Turkish political narrative can easily sway public opinion towards right-wing conservative politics in the next electoral period. This is even more pertinent given that HDP, a democratic, left-wing political power, is rising in popularity. The discrepancies between politics of the right and the left are becoming clearer: a prospective alliance between AKP and MHP (a racist-nationalist party called the Nationalist Movement Party) would not be at all surprising.

As long as we raise the voice of peace…

Since June 2015, tension amongst Turkey’s governing elites has peaked. AKP, the ruling party of the last 13 years, lost its majority position in the parliament even though it took 258 seats out of the possible 550. Before the elections, Erdoğan clearly stated his intentions to create a new constitution that would replace the parliamentary system with a presidential system in Turkey. During the elections, he stated that only 400 AKP members in the parliament would satisfy the conditions for absolute majority. He even said during his electoral meeting, “you either give me 400 MPs or have only chaos in the country!”

In order to form a new government, Turkey has only one choice: to form a coalition in the next three weeks between two or more parties. So far, the coalition negotiations have been nontransparent and undemocratic. Davutoğlu, the acting Prime Minister, is paying more visits to military bases than to parliament or offices of other parties. HDP, a newly established left-wing democratic party, made an important achievement by crossing the 10% threshold needed to enter parliament. It brings a strong, critical voice to the parliament. However, HDP is already excluded from the coalition talks — indeed, it is targeted as an ally of the historical enemy, the ‘terrorist’ PKK (Kurdish Workers Party). The acting government is in charge until a new coalition is formed. If coalition talks fall through, an early election will be held that seems likely to favour Erdoğan.

Turkey is going through a nationwide political crisis that, for its citizens, feels like living in an environment dominated by fear and terror. The acting government has been governing with an iron hand. Political oppression inside the country is evident in the numerous police raids of trade unions, houses of HDP members, journalists, and NGO workers, as well as unlawful arrests. The country’s foreign policy has also brought chaos and social dissolution to Turkey. Denouncing a war against IS while carrying out air strikes against the PYD and PKK bases fits in with the new AKP anti-terrorism doctrine and continues Turkey’s dangerous path down the road of authoritarianism. 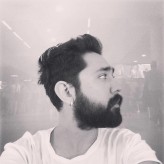