On Sunday, Turkey’s political landscape was transformed. The leftist pro-Kurdish Peoples’ Democratic Party (HDP) managed to seize a sizable number of votes from the ruling AK party by presenting itself as a countrywide option representative of minorities and the peace process. The dramatic shake up in Turkish politics is likely to result in a lengthy period of uncertainty.

For those worried about the authoritarian direction of country, the results bring a measured sigh of relief. That relief may be short-lived, however, as the country moves at least in the interim towards greater political and economic uncertainty and instability.

Despite anti-government Gezi protests, a corruption scandal, a failing foreign policy and rising authoritarianism, the AK party nonetheless has shown that it remains a resilient actor in Turkish politics.

In the 2011 general elections, the AK party mustered 327 seats with 50 percent of the vote.

The political landscape of Turkey, however, has been transformed by the success of the leftist, pro-Kurdish Peoples’ Democratic Party (HDP), led by the charismatic Selahattin Demirtas.

In a gamble to pass the 10 percent threshold, the HDP entered the election as a party and secured 13 percent of the vote, or 80 seats. Previous Kurdish parties running on a nationalist line only managed to net roughly half that — 5-7 percent (20-30 seats) in national elections.

Due to the high threshold, previous iterations of Kurdish parties entered elections as independents and formed parliamentary groups, reducing representation and creating conditions disadvantageous to them on the national political scene.

Those electoral calculations, as well as the HDP’s organization and messaging, pushed strategic voters opposed to the AK party to vote for the HDP. Many Turks living in the western part of the country, who would likely have never voted for HDP in the past, cast their vote for the party to ensure it passed the threshold. Among strategic voters, HDP largely pulled votes from the CHP, an outcome that was not blocked by the CHP’s leadership.

The HDP’s success hinged not only on the failings of the AK party and strategic voting, but on its ability to move beyond Kurdish nationalism to present itself as a pro-rights option representing women, minorities, and gays, as well as a democratic and liberal Turkey-wide political party.

The party will enter parliament with 30 women, two Armenians, a Yezidi, an Assyrian, a member of the Roma community, and Turks and Kurds alike.

The AK party’s attempts to tarnish the image of the HDP, especially by associating it with the Kurdistan Workers’ Party (PKK) failed despite its possession of all the levers of the state and support in media. The HDP was able to keep a balance between its Kurdish nationalist base and other segments of Turkish society by running on a pro-peace, multicultural platform. Significantly, the party has played a key role in the three-year peace negotiations between the state and PKK to end 30 years of conflict.

The AK party has traditionally competed with Kurdish parties in the southeast by wooing religious Kurds and providing patronage to tribal leaders, bringing blocks of votes.  However, in this election the HDP was able to secure the backing of tribal leaders fed up with the AK party’s divisive language and empty promises, bringing with them significant support from the region’s electorate.

The HDP also appears to have taken from the AK party much of the religious Kurdish vote, which has traditionally been suspicious of pro-Kurdish parties’ ties to the PKK. During the campaign, the AK party and pro-government media attempted portray the HDP as anti-Islam and beholden to the PKK through a web of propaganda. The strategy appears to have failed, if not outright backfired.

The shift of the conservative Kurdish vote from the AK party to the HDP is explained with detailed data by Erik Meyerson, an expert on Turkey at the Stockholm School of Economics.

The HDP’s advances in the largely Kurdish-populated southeast can be explained by domestic and regional forces. While the HDP has pushed peace and multiculturalism, the AK party has been sluggish in its advancement of the peace process, and has proceeded with divisive rhetoric and politics. The AK party’s attempts to woo the Turkish nationalist vote from the MHP no doubt alienated many Kurds.

But pivotally, the winds of Kurdish nationalism in Iraq and Syria are inevitably drifting back in the direction of Turkey’s Kurds. Most notably, the role of the PKK against the Islamic State and the AK party’s stance on the siege of Kobane in Syria alienated many Kurds in Turkey at the precise time when a peace process with the PKK had stuttered.

The uncertainty over what will follow the elections will engulf Turkey over the coming weeks and possibly months. The AK party era brought a degree of stability to economic and political policy-making compared to the coalition instability of the 1990s and early 2000s.

Now, for the first time since 2002, a coalition or minority government will need to be formed within 45 days. An early election accompanied by political and economic uncertainty and instability is likely.

The HDP has said it will not form a coalition with the AK party despite speculation that the two would agree to some grand bargain – namely, acquiescence to the presidential system in exchange for promises of greater Kurdish autonomy and rights.

The HDP will now be judged on how it manages its Kurdish political base with other parts of its wide umbrella coalition of support, how it carries its message to parliament now that the election is over, and how it negotiates with other parties. As Akin Unver of Kadir Has University rightly points out, the HDP can now act as a corrective political camp punching above its weight in a polarized political environment.

It is highly unlikely the AK party could come to an agreement with the CHP, and the secular party has also said it would refuse such a coalition. The most plausible AK party coalition partner would be with the ultra-nationalist MHP, and there is some overlap in the two parties’ voter base. Such a coalition, however, would put severe strain on the peace process with the PKK due to the hardline opposition of the MHP to negotiations. The MHP would oppose creating a presidential system as well as Erdogan’s role, who as president has continued to lead the AK party in a direction contrary to the constitution.

Another distant possibility is a CHP-MHP-HDP coalition, but it is difficult to see how such an ideologically opposed camp could come together, let alone remain together to tackle the myriad challenges facing Turkey.

A sustainable coalition with the AK party and any partner would require self-reflection on the AK party’s decline and a reassessment of the role of Erdogan in the party itself. But the AK party, and Erdogan in particular, could also double-down on its current authoritarian bent, which would endanger democracy in the country.

Given the polarization in Turkey and instability of coalitions, early elections are the most likely outcome, unless various actors can put their widely divergent political and ideological differences aside. Right now, Turkey looks to be heading towards greater political and economic uncertainty and instability.

In the medium-term, if Turkish voters feel the instability of coalitions, many voters may just swing back to the AK party in future elections, settling on it as the least-best option. 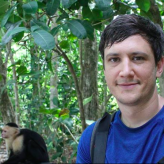 Chase Winter has researched and followed Turkish and Kurdish politics for 10 years, including for four years in Turkey and one year in Iraqi Kurdistan. He did a Fulbright in Turkey and was National Security Education Program Scholar (2004) and fellow (2007-8). He studied in Turkey at Bogazici University, Sabanci University and the Kurdish Institute of Istanbul, and has previously worked as a Turkish news editor and has published on Turkish and Kurdish politics. He speaks Turkish and some Kurdish and holds a BA in International Studies and MA in Middle East Studies from the University of Washington.