An eyewitness and a personal story shed light on how hundreds of refugees risk their lives daily to reach Europe.

Fourteen people – 13 Afghans and a Somali – died after being run over by a passing train as they were trying to cross a gorge near Veles, Macedonia on the evening of April 23.

Most, if not all, victims had lived in Greece for a while and had had to flee the country as undocumented migrants, given the lack of a safe and legitimate way for them to travel further into Europe.

Mahdi Mohabi, a 17-year-old from Afghanistan who witnessed his brother’s death, is now at a reception centre in Thessaloniki. He described their attempt to escape Greece and the circumstances of the tragic deaths of these fourteen people to Mohammed Mirzay, a member of the Afghan community in Greece.

The two brothers, who had started their journey in Thessaloniki with another six of their compatriots, had faced more difficulties on their journey.

In their first attempt to cross Macedonia, having walked for an entire day from the border with Greece, the group were viciously beaten up by people in uniform, who stole their money and mobile phones. Realising that they weren’t policemen and without any possessions left, they decided to return to Greece.

Just before attempting to cross the border, they found a group of 17 Afghans that were about to take the same route north. They made an arrangement with the trafficker accompanying them and decided to change direction again, obviously feeling safer in a larger group of 25 people.

Describing the setting of the accident, Mahdi talks about a railway bridge, 10 metres high, which refugees had to cross after walking for two days in Macedonia.

According to his account, while passing the bridge and a few metres before they reached a safe spot, the 16 Afghans ran into an unknown number of Somalis. For reasons that Mahdi couldn’t figure out, the two groups started fighting with each other. The refugees couldn’t see the approaching train on time, only hearing it when it was a few metres away. Both groups ran in opposite directions as some jumped off the bridge to save themselves. Fourteen of them lost their lives.

Mahdi says that the train didn’t stop after the dangerous crossing and that no one opened the train’s door or attempted to help the victims at all. The refugees themselves walked the next day to find a police station in order to report the incident. Most of his compatriots were returned to Greece in the next days, while there are reports that some were detained in Macedonia.

Local sources report that all fourteen refugees were buried in Veles on May 7, against the wishes of at least three Afghan families that wanted the bodies to be taken to Iran. It is unclear if the families of all victims have been notified, or who gave the order for their burial.

“If I apply for asylum in Greece I won’t be able to have the surgery I need.”

The tragedy on April 23 – which went mostly unnoticed with a few mentions in the Greek press – reveals dozens of personal stories that show the immense dangers that European migration policy exposes thousands of refugees to.

One of these stories is that of 15-year-old Morteza Hossaini, who lost his life in Macedonia.

Morteza, a refugee from Afghanistan, was arrested in Athens and detained in the nearby Amigdaleza centre despite being a minor. While detained, he developed a medical condition that demanded medical care and an operation. When he requested treatment, the 15-year-old was transferred to the detention centre of Drama in northern Greece, after the Corinth centre to the west of Athens refused to take on his case.

Morteza stayed in Drama for around 3 months until he was set free as per the new government’s policy shift on detention. He was hosted at a centre run by NGO Arsis in Thessaloniki for a while and decided, instead of applying for asylum, to try and flee the country. He justifiably believed that he wouldn’t be able to get access to medical treatment in Greece on time.

Asylum seekers in Greece have neither the right to work legally nor free access to medical care. At the same time, they have to wait for months for a reply from the Asylum Office, due to lack of sufficient personnel.  Since Greece has one of the highest rejection rates for asylum seekers in the European Union, many migrants choose to move on and attempt to reach other EU countries.

In the past two years, the numbers of Syrian and Afghan migrants travelling through Greece and the Western Balkans has increased significantly, making it one of the main migration routes further into the EU. Like Morteza, many migrants and refugees try daily to leave Greece, where foreigners seem to no longer be welcome. The trio of soaring unemployment, mounting xenophobia, and the lack of a fair asylum system force them to continue on their dangerous journey, often without legal status or protection.

As of May 7th, only seven of the victims, ranging in age from 15-29, had been identified and named by a member of the NGO ACT UP and of the Afghan community in Greece.

Translated from Greek by Manos Moschopoulos 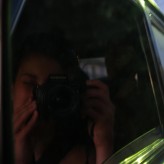 Myrto Aretaki is a freelance journalist based in Athens, Greece. She is particularly interested in stories related to human rights violations, migration and the Balkans.