It started on my birthday. I’d just turned eleven and, on February 8, 1984, I was probably more interested in presents and cake than in the opening ceremony of the Winter Olympics. Within a few days though, Sarajevo was on the family map and we were glued to the bobsleigh, the slalom and, best of all, the ice dancing. Despite sporting prejudices ingrained at an early age along the recalcitrant border of Northern Ireland, we were captivated by two English skaters. Torvill and Dean were magical. Their rather risqué take on Ravel’s Boléro mesmerized audiences – live in Zetra Hall and across the planet. It even reached a houseful of kids watching in Technicolor (our geriatric black-and-white TV had finally been replaced) in the wilds of South Armagh.

We hadn’t a clue about what might constitute artistic impression but, for one rare occasion, we hoped the Brits would win! Willing the purple-clad pair of them on, we awarded them 6.0 scores from the instant the rink swelled with music until the tumbling climax. The judges endorsed our opinion. The BBC commentators almost exploded with patriotic pride – grating to Irish ears but, in retrospect, understandable. Boléro wasn’t your average chart hit but it featured on Top of the Pops. While, like many’s the schoolgirl, I had a crush on Christopher Dean. It didn’t last too long though. And, ten years later, I’d realize he’d never been my type. But Sarajevo lingered in my memories. Yet little did I know that a teenager who was then helping out with the biathlon would become my partner through the lutzes and twizzles of life.

After only another two Olympiads, the spectators of the world gazed again at Sarajevo. Astounded… but this time not by skating expertise. Instead, viewers were shocked at the horror wreaked on the city by those determined to destroy it. For three and a half years, humanity’s suffering was synecdoche, Sarajevo. But, through the longest siege of modern military history, Bosnia’s capital didn’t surrender. Even when 68 of its citizens were killed in a brutal attack on its central marketplace on February 5, 1994. Despite the dithering of the international community, which added further fuel to the war. The deal that eventually halted this bloody conflict was hammered out in Dayton, Ohio, in November 1995. It was met, initially at least, with relief among Bosnian people. For my ex-Olympic-volunteer and I, it meant tears and kisses. The war was over, that was all that mattered.

However, the structures created by this agreement were never uncontroversial and these have since hampered Bosnia’s peace-time progress. Tensions between the country’s two Dayton-drawn entities (the ‘Federation of Bosnia and Herzegovina’ and ‘Republika Srpska’), lack of co-ordination among the cantons of the Federation, reams of bureaucracy and ubiquitous corruption have brewed dysfunction. Though this seems to be to politicians’ tastes… It ensures that the ‘ethnic card’ can be played to secure election and block essential parliamentary business. From the perspective of citizens, as oft reiterated by family and friends, politics in Bosnia is an expensive farce. Its chief posts rotate within an elite all-boys’ club, which likes to engage in well-paid games of (six or seven) musical chairs.

Meanwhile Bosnia is stuck in a political and economic quagmire. The government, irrespective of which parties are in power, is chronically unwilling to agree on legislation. Even when this relates to fundamental matters such as the issuing of identity numbers to newborns. The impact of this quarrel on children’s health was a catalyst for demonstrations in Sarajevo and other Bosnian cities in June 2013. For a month, the peaceful and multi-ethnic protests of this ‘Babylution’ raised hopes. Though, within weeks, momentum dwindled. Was it because of politicization, or that a souped-up version of the necessary law was drafted, or did those involved simply run out of steam? Analysts can ruminate over the reasons. But prolonged demonstrations are difficult to sustain and, considering the financial pressures and the risk of intimidation faced by people in Bosnia, it wasn’t surprising that this movement for change fizzled into coffee and ‘šta ćeš’… back to paralysis.

Still, although last summer’s events wrought few “achievements”, they were a baby-step in a positive direction. Bringing thousands of people together for a common cause set an important precedent. Protests are nothing new to Bosnia – over recent years, groups of farmers, redundant employees, war invalids and others have held demonstrations and camped outside public institutions calling for their rights to be respected. They’ve never got much hearing from the powerful. The protests in June were, at least, more prominent. And, since then, dissatisfaction has only grown. On Wednesday, February, 5, it flared up again in the industrial city of Tuzla, when workers who’d lost their jobs due to the privatization of state-run companies, took their grievances to the local authorities. A heavy-handed police response stoked citizens’ ire. By Thursday, larger protests had spread to Sarajevo and beyond. The next day there were demonstrations in most major cities – mainly in the Federation entity but a gathering in Banja Luka, the administrative center of Republika Sprska sent a message of solidarity across the boundaries of “ethnicity”.

But now there were no cute babies with symbolic soothers smiling at the cameras. Instead the protests on Friday were charged with a Swiftian sense of “savage indignation”. Confronted by riot-ready police, some participants turned to violence. Government buildings and the premises of political parties were burned in Sarajevo, Tuzla and Mostar. Part of the National Archive was housed in a gutted section of the Presidency in Sarajevo and, though the damage to records is still being assessed, documents of historical value may have been reduced to ash. Stories of this apparent loss aroused the concern of the international media. Threats to cultural treasures, from Timbuktu to Damascus, tend to garner such laments while human strife is often less bemoaned. Nevertheless, scenes of Bosnia ablaze, broadcast on the main Irish news (all 20 seconds of coverage) revived old nightmares.

Naturally, political leaders in Bosnia seized on these acts of arson as a convenient means of undermining the protests – condemning those responsible as ‘hooligans’ and worse. But what outsider can judge the disenfranchised youth of a post-war generation whose future has been eroded by a self-serving ruling class? While last Friday’s rioting was regrettable, it can’t diminish the huge social injustice behind this latest, and predominantly non-violent, wave of discontent. Nor should it divert attention from the thuggery of politicians who crowds across Bosnia openly label ‘thieves’.

Subsequent daily demonstrations have been peaceful. Citizens in several cities have organized public meetings and compiled demands addressed to their political representatives. Some officials have resigned – although it remains to be seen whether this will lead to genuine reform. Nationalistic rumbles could splinter the fragile unity evident in these popular manifestations. Disillusionment and the practical strain of maintaining what might be a fruitless effort could stifle the protests. As a foreigner, it’s not for me to speculate. Yet the reports emanating from Bosnia, even the sketchy accounts in the Western press, can’t be ignored by anyone with a connection to that country.

On the internet, I’ve been looking at people thronging through Sarajevo, reading placards which express what voices there have said for years. Views we heard and shared when we lived in the city over a decade ago, declared on streets I know well. Streets I walked down to the school where I worked as an English teacher or pushing my eldest daughter in her buggy to see her grandparents. She’s probably the only Bosnian-Irish kid who’s ever made a snow-dog in the grounds of the cantonal buildings… without a permit. Just as, now, I’ve got scarce licence to toss my tuppence worth into the blizzard of comment on current developments that’s been blowing in from afar. All I’ll say is the austerity we’re still struggling with in Ireland bears no comparison to the hardship endured by so many in Bosnia.

This is a short and bitter month. But, maybe because I was born in it, I find it a kind of watershed. A time when snowdrops and crocuses battle into bloom, the beginning of the ancient Celtic spring… A season of change – as a metaphor it’s being married by hashtag to “Bosnian”. History will decide if this link is premature. Its annals for Bosnia already attach significance to February: from Sarajevo’s agony of twenty years past, to Olympian moments which still rank among that city’s finest. Torvill and Dean returned there this week for an anniversary performance in a stadium rebuilt after its destruction in the war. World focus has done a strange figure of eight as Sarajevo reclaims a brief spot in the news. Now the people of Bosnia and Herzegovina deserve to emerge as winners. Though the ice they skate on is thin and the results are far from certain. Like on Valentine’s Day in 1984, I’m here in distant Ireland, watching Sarajevo. Half hopeful and yet anxious… Wishing something good may come out of what’s happening in Bosnia, the country of my beloved.

This article was originally published on Bronagh Ćatibušić’s website. She kindly gave us permission to republish it here on Balkanist. 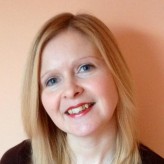 Bronagh Ćatibušić has completed a PhD in Applied Linguistics and works as a researcher and lecturer in ESL and language testing. She has been involved in activism relating to Bosnia and Herzegovina since the early 1990s.