The Croatian government has managed to strip a public referendum on gay marriage of much of its political relevance, but is this setting a dangerous precedent?

While the leading EU states are facing some new challenges and old dilemmas (dealing with Russia abroad and Eurosceptic resurgences at home, to name a few), the youngest Union member of Croatia has recently introduced a peculiar precedent. In September, Croatian registrars wed the first same-sex couple since legislation on same-sex unions was passed in August. The language of media reports has been indicative: the story of the day was about the first marriage of this kind in Croatia. And, in fact, while the recently enacted law did not specifically use the term, the common public perception serves to emphasize the legal equivalence of traditional marriage and same-sex union in the country’s legal system. The provisions of the latter are virtually identical to the former, save the right of adoption. However, as some commentators have pointed out, Croatian law provides ample opportunities to circumvent this obstacle. It wouldn’t, therefore, be too big of a stretch to say that Croatia has de facto legalized same-sex marriage.

All of this would not sound so dramatic had it not been for the fact that just this past December, the issue was put to a nationwide referendum, and 66 percent of the Croatian public voted in favor of constitutionally defining marriage as “matrimony between a man and a woman”. The legality of holding a referendum on this matter was initially a matter of dispute. However, the Croatian constitutional court eventually settled the question, citing an ECJ ruling in Schalk and Kopf vs Austria (2010), which stated that marriage could not be considered a fundamental human right. Therefore, the Court concluded, putting its legal definition up for a parliamentary or, as it were, popular vote was fair game in a democracy. The Croatian government was thus forced to accept the fact of the referendum, but it seems as though it took its results as an opportunity to display verbal wits. The public only voted to define what marriage is, said the government, so the specific criteria used to define what may constitute marriage do not necessarily have to apply to other forms of unions recognized by the state, such as (you guessed it) same-sex unions.

This sort of rationale betrays utter disregard for the meaning of the law. Let’s say, for instance, that the constitution explicitly prohibits the government from imposing an income tax higher than 20 percent, using some pretty straightforward language (e.g. “The income tax shall not exceed twenty percent of a citizen’s earnings”). Imagine, then, that the government passes a bill that replaces the income tax of the country’s highest earning citizens with an income fee of 30 percent. And while the income fee that rich citizens pay may have all the properties of the tax paid by everyone else, to any possible objection on constitutional grounds the government can simply reply that the specific criterion for an income tax, set in the constitution, does not apply for all possible financial obligations that the citizens may have towards their Government. Never mind that the income fee walks like a duck and talks like a duck – the sheer difference in semantics would make its imposition acceptable.

You can see how applying this logic in a constitutional democracy would rightly infuriate a lot of people. It is also reasonable to suppose that a team of highly skilled lawyers could come up with elaborate schemes to reduce the meaning of the law to its letter on dozens of legal matters. Such dark arts of legal acrobatics are in part responsible for the “soulless corporate attorney” archetype present in pop culture. Those who followed congressional hearings during the US financial crisis can likely recall a few particularly irritating displays of this behavior on part of Wall Street lawyers. When these legal skullduggeries are heard coming from their traditional corporate homeland, it’s a fact of little surprise – but when a democratically elected government publicly embraces these methods only six months after its citizens have sent a strong vox populi, vox dei in a referendum, it becomes a dangerous precedent. Its danger lies in the message it sends to the citizens of Croatia: “you can have your say through a referendum on a number of issues, and we, your Government, will respect it most of the time. But when we feel sufficient political pressure to enact a piece of legislation, we’ll willfully disregard the people’s choice and will find overt ways to strip it of any political relevance. Because the bottom line is, while this blatant arrogance will potentially cost us votes, we’ll compensate for them by scoring brownie points with our target voters at home and our partners in Brussels. Deal with it.”

If the left-leaning, socially liberal Croatian parties currently in power decided to embrace this manner of governing on the relatively benign issue of same-sex unions, we can only imagine how their apparent right-wing, conservative successors from the HDZ will comport themselves. Let’s wait and see what issues they’ll pick to practice strong-arming the constitution. Hint: the liberals won’t be pleased. 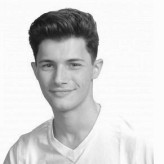