This week saw some major shifts on the political scene in Bosnia, as independent and non-major party candidates won key positions in local mayoral elections throughout the Federation. The country’s Bosniak community now faces unfamiliar challenges and political fragmentation on both the left and the right. Nedim Jahić walks us through it.

More than 1,720,000 citizens of Bosnia and Herzegovina voted in this past Sunday’s elections for councils and mayors in 142 local communities. While Republika Srpska, the Bosnian Serb-majority entity within BiH, was strongly polarised between Milorad Dodik‘s government-led coalition and the opposition bloc Alliance for Change, the Croat Democratic Union of Bosnia and Herzegovina (HDZ BiH) demonstrated its complete domination over the fragmented opposition in Croat-majority areas, except in Kupres and Prozor-Rama, where the HDZ 1990 fought back. On the other side, in the areas with a Bosniak majority, where strong splits between nominally centre-right and centre-left are nothing new, news spoke loudly about the left being divided in a number of separate political parties. Regardless of the media spin, it has now become clear that the most important split within the Bosniak community’s political scene wasn’t anything on the ballots.

Bakir Izetbegović, the leader of the Party of Democratic Action (SDA), was hoping to have a quiet campaign after politically euthanising his main opponent, Fahrudin Radončić, and his Union for a Better Future (SBB, centre-right) — the owner of Dnevni Avaz, the founder and owner of the largest daily newspaper in Bosnia. Izetbegović hoped to achieve this first with the power-sharing coalition on all levels, and later on with investigations led by the Prosecutor’s Office of BiH. Nevertheless, new opponents rose to challenge him, and Sunday’s elections showed that the carefully planned SDA “structure of power” now faces numerous problems. There are now cracks in the once-dominant SDA’s grip on power. From independent and non-major party candidates gaining ground to ideologically-important standoffs, the spotlight will most certainly be on the party’s probable defeat in Srebrenica.

“The municipality of the Center is more important than a dozen other municipalities,” Izetbegović said in his election night press conference announcing victory in the race for mayoral positions in 33 municipalities, highlighting his relative victory in the central municipality of Sarajevo — a longstanding fortress of the opposition. This rather unfortunate choice of words has pushed the rest of the country into the shadows and inspired some harsh criticism. The SDA-SBB coalition failed in the race against independent candidates Ibrahim Hadzibajrić (Old Town Sarajevo), Muhamed Ramović (Gorazde), Fuad Kasumović (Zenica), Amra Babić (Visoko), Zikrija Duraković (Buzim), Sead Džafić (Kalesija) and non-major party candidates, such as Šuhret Fazlić (Bihac), Hašim Mujanović (Zavidovici) and Nermin Ogrešević (Cazin), many of them having served previously as mayors as members of the SDA or SBB and now strong defectors.

Out of the mayoral positions in Una-Sana Canton in the west of the country, the SDA practically only managed to secure Sanski Most and suffered serious defeats in Tuzla Canton, where the Social Democrats (SDP), contrary to having experienced a general decline in electoral fortunes throughout the country, managed to regain or secure mayoral positions. The most important of such victories was the SDP’s control over the industrial capital of Tuzla, with over 50 percent of votes going for incumbent Jasmin Imamović, but also in the smaller communities of Lukavac, Gracanica, Gradacac and Zivinice.

More towards the centre of the country, in addition to SDA losing both Zenica and Zavidovici, there was also a very symbolic defeat in Vares, where Croat Democratic Union of BiH candidate Zdravko Marošević won the race for mayor, understandably receiving robust support from the Bosniak community in opposition to SDA candidate Avdija Kovačević. Additionally, the HDZ BiH regained a mayoral position in the central Bosnian trade capital of Vitez, where after the last elections, which witnessed a fragmentation of Croat parties, the SDA candidate won with a relatively large majority.

It was not just the electoral results that exposed weaknesses in the established structure, but also a series of important symbolic defeats. There was no strong voice coming from the SDA that would follow news of the election of war criminal Fikret Abdić (leader of the self-declared Autonomous Province of Western Bosnia during the 1990s war and convicted on charges of war crimes against Bosniaks loyal to the Bosnian government by a court in Croatia in 2002). Further, Izetbegović showed no particular concern for the early election day cancellation in the ethnically mixed Stolac municipality, where joint Bosniak candidate Salmir Kaplan, faced a media-framed incident after protesting the misuse of power by election commision head Ivan Perić. Perić sacked Bosniak election board representatives after they insisted that citizens could not vote with Croatian passports and ID cards, which led to clashes between the “Initiative for Stolac” and the local HDZ-controlled election commission. In the end, the fiasco resulted in a complete halt of the elections in the southern Herzegovinian town.

The Party of Democratic Action, which usually portrays itself as “the pillar of the Bosniak people”, reached a low point in protecting the so-called “national interest” on election night. The worst hit came from Srebrenica. The first results indicated that Ćamil Duraković, the joint Bošniak candidate for mayor of Srebrenica, would hardly catch up with Mladen Grujičić, the Serb-led coalition candidate. Four years after the “I will vote for Srebrenica” campaign that first brought Duraković to power, the SDA’s support for Duraković this time around was conspicuously weak and even questioned in the months leading up to the elections. Practically speaking, without strong support to mobilise refugees, internally-displaced persons and returnees to vote, the mayor of Srebrenica was left alone on the battlefield facing an import of voters from Serbia and a strategically-planned takeover by a joint cooperation of the opposition and the government in Republika Srpska.

Not all members of the SDA were pleased with the party’s election strategy. “It would be best for SDA and for President Izetbegović to call for party elections and to allow membership to elect new leadership, by the principle of one member, one vote,” said Senad Sepić an SDA member of the House of Representatives and one of the co-signatories of the initiative for reforms in the party, alongside three other state parliamentarians, Salko Sokolović, Semsudin Mehmedović and Sadik Ahmetović. However, it is unlikely that the leadership which has already entered into a passive conflict with “the Four”, will listen to their sugesstions.

Naša stranka, a socially liberal party, experienced a great rise, becoming the strongest opposition party in Sarajevo. The party’s candidates also entered other municipality councils beyond the capital. This, coupled with the SDP’s showing as the regional winner in Tuzla Canton, makes it obivous that in the long run, centre-left and liberal parties will regain their positions in years to come.

On the other side, elected independent and smaller parties could follow the example of the coalition MOST in neighboring Croatia, in which local groups teamed up to participate in state-level politics and become a new alternative for centre-right voters, filling the gap created by the political downfall of the SBB and growing dissatisfaction with the SDA. The combination of these two scenarios might very well cost the SDA its place in power in 2018. 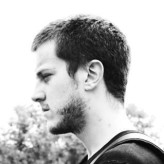 Nedim Jahić (26, Sarajevo) has been engaged in various civic initiatives in Bosnia and Herzegovina, mostly related to human rights, political freedoms and war crimes. His articles have been published in Al Jazeera Balkans, NIN, BH Dani, Oslobođenje, Novo vrijeme, Today’s Zaman, Peščanik, Kosovo 2.0, RadioSarajevo.ba, Klix.ba, and various other media, publications and reports throughout the region. Jahić has also been engaged in political campaigns and various successful advocacy initiatives in Bosnia through which he's gained experience in political research and education.