Montenegro’s Boka Kotorska, or Bay of Kotor, is as vast and impressive as a Norwegian fjord, but it’s pushing 40°C and we’ve already had to dodge a line of cows on the motorway. The bay draws nearer with each hairpin turn, its clear blue water dotted with boats and sea birds. Two buildings and a copse of cypress trees rise out of the water — a chapel and a private residence within swimming distance of the village of Perast. It seems that everyone, from scowling pubescent boys to ancient, tea-wielding women, is in the water.

Kotor has been a UNESCO World Heritage site since 1979, not only for the historied mountains and pristine bay waters, but also for architecture stretching back to the Middle Ages, which UNESCO lauds for its “harmonious integration to the cultivated terraced landscape on the slopes of high rocky hills.”

However, in July 2016, UNESCO gave the region just under a year to curb thoughtless seafront development in order to keep its World Heritage status. Sandra Kapetanović, a sustainable planning architect in the area, reported that the concerns over real estate development in Kotor date back to 2003.

From 2002 to 2016, the number of foreign visitors to Montenegro multiplied by 10, and not entirely organically — the country has made conscious efforts to make itself an attractive destination to Western European tourists. While longstanding use of the Euro as official Montenegrin currency has been controversial, this problem promises to be erased by the country’s EU candidate status, granted in 2010. In addition to EU candidacy, Montenegro became the 29th member of NATO in June of this year, which has brought it closer to EU accession but may weaken its ties with Serbia and Russia.

In 2016, the tourism’s total contribution to the country’s GDP was 22.1 percent. For businesses in the Bay of Kotor, it makes sense to piggyback off of Croatia’s commercial success, with Dubrovnik’s busy airport only a few hours away. The local airport makes the corporate intentions for the region clear with signs advertising the Bay of Kotor as the new Monaco. Yes, the growing influx of euros is definitely boosting the economy, but for whom?

My host Ana — without question the tallest woman I have ever seen — ducks under the doorframe to show me in. The state of her apartment is indicative of the appeal of the outdoors: four bare rooms that serve as a vessel for sleeping and washing up. She towers over me in a frayed bikini, sipping orange juice while she talks.

I didn’t know it then, but 2017 is the UN’s International Year of Sustainable Tourism for Development. Its slogan? Travel, Enjoy, Respect. Tourism for development: the idea that, marketed correctly, a country’s natural and cultural wonders could help pull it out of economic instability. The initiative’s goals mirror the UN’s goals for sustainable development worldwide, including eliminating poverty and reducing inequality within and between countries.

Ana hosts tourists all summer long, but when the season is over she drives north over the mountains and back to Belgrade for work. She’s kept this pattern for more than a decade but recently she has begun to fear for the authenticity of the area, and admits that she never heads into the centre of town anymore. Ana is caught in the trappings of “tourism for development”, like many of the locals.

“On the one hand,” she says, “I can make money renting the extra rooms in the house. I’ve always done it, but Western tourists can pay more than families from Serbia or Bosnia.” She also worries about the impact of people who don’t stay overnight: “The [cruise] ships ruin the atmosphere and the people arrive and buy plastic souvenirs. They stop in the nearest square to pay a fortune for sardines, make a mess, and leave.” Of course, these floating hotels also keep all of their accommodation money onboard.

While calls for sustainable tourism often (perhaps rightly) villainize cruise ships, it’s widely accepted that longer stays have a number of benefits. The economic benefit is greater for the community and there is a better chance for a genuine exchange of information and culture. However, as demonstrated in Venice, Barcelona, and other cities fighting “overtourism”, longer stays also contribute to dramatic rises in rent and living expenses, pushing out long-time residents. One has to ask if the benefits tourism has for the host city — an economic boost and job creation — compensate for the losses. Regardless of how long the visitors stay, Ana also feels that there is so much pomp piled on in the city centre in an effort to appear authentic, that it threatens to become an open air museum.

Perhaps her “authentic Bay of Kotor” is found out beyond the the old city walls where the air is hazy and the sun slams up hot against your skin. The whole coastline is up for swimming, even though there is hardly a beach in sight. Concrete boardwalks jut into the bay and the Adriatic laps lazily against them. From first light, seniors can be seen bobbing along in the shallows, their bodies comically expanded from the water’s distortion, some still wearing cloth bucket hats. Ana takes us to her preferred swimming spot, far from the city centre, where Montenegrin and Serbian children launch themselves into the water from a boulder and tease those too scared to jump. A tanned and wrinkled man does his washing in a sheltered pool, Ana abandons her flip flops and bikini top before paddling out into the bay, and everyone is smoking.

Lately, when I think of overtourism, a peculiar image comes to mind: Lorenzo Quinn’s piece during this year’s Venice Biennale, Support, where enormous resin-coated hands reach out of the canals to prop up a building. The message about the threat of climate change is clear and desperate. But I cannot help thinking that Support’s location—a city whose people have been calling for restrictions on tourism for decades—allows us to extend its meaning, and to think of the social and environmental consequences of mass tourism.

The federal Montenegrin government ordered a temporary construction ban in the city centre that went into effect in April — just in time to satisfy UNESCO’s demands. However, even these temporary measures have caused controversy. The opposition party says that the government still issued construction permits for several large tourist buildings in Kotor just before the protection measures were invoked, and that the ban was ordered only after the opposition gained power. The construction ban, mayor Vladimir Jokić argues, is just a tool to place political pressure on the local opposition government while the area’s UNESCO status remains in jeopardy over “the action and construction activities of powerful individuals and families interacting with the national administration.”

Calls for sustainable tourism exist in an echo chamber and often fall victim to hypocrisy — as one journalist noted, “no one wants to be a tourist — not even tourists.” The concrete blocks that have cropped up along the coast stick out dramatically amongst the burnished green domes and sun-bleached walls. Aside from the rapid development, the historic city is suffering from crowding — the sheer footfall of thousands of tourists a day in the summer puts unprecedented wear on the cobbled streets and crumbling stairways.

In neighbouring Dubrovnik, officials looking to control the cruise crowds that descend en masse have limited the number of tourists allowed to enter the city centre to 8,000 per day. On the 21st of September, 2017, Dubrovnik’s mayor Mato Franković, made an official visit to Kotor to emphasize the need for cooperation on the issues that affect both cities — managing cruise ship tourism, maintaining the integrity of the historical architecture, and protecting the quality of life for the locals.

On the boardwalk just outside Kotor’s city centre on a balmy evening, I’m one of only a dozen people on the beach. A cruise ship floats idly on the opposite shore, the lights of each cabin twinkling out to meet us. Wandering north and back into the suburbs, I notice that many of the concrete aberrations stand half-built and empty.

Kotor’s UNESCO status offers it invaluable environmental protection and monetary aid. If Kotor is going to develop the tourism industry sustainably, it must be answerable to both international regulatory organizations, like UNESCO, and the people who live there. As Dubrovnik’s mayor declared during his visit, what is best for both regions is a commitment to “create cities tailor-made to citizens.” It is up to both the local and federal government to predict and solve tourism-related problems before they erode not only  natural and historical features, but also the locals’ quality of life. Whether this is done with tourist caps — as in Dubrovnik’s city centre –, a tourist tax, thoughtful and reasonable development, or even blanket bans on large cruise vessels should be left for citizens to debate. But with persistent in-fighting between Montenegro’s governmental strata and unabashed cronyism in seafront property sales, the response to UNESCO’s warning may only serve to prolong the problem. 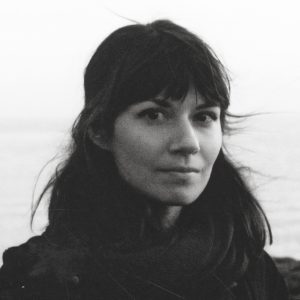 Hannah Weber is a writer and editor based in Brighton, U.K. Her interests include geopolitics, post-communist states, and literature in translation. She tweets @HannahSWeber and more of her work can be found at http://hannahweber.co.uk.