Armanda Kodra Hysa on the problem with the Serbian-Albanian staging of Shakespeare’s Romeo and Juliet.

Two pieces of news hit my Facebook page over the weekend, both related to a single event, one published by the most important Serbian daily, Politika, and the other published in one of the most important international media outlets, The Guardian. Shakespeare’s Romeo and Juliet was performed this past weekend at the National Theater in Belgrade. The drama was directed by one of the most prestigious Serbian actors, Predrag Miki Manojlovic, as a cooperation between Radionica Integracija – Belgrade and Qendra Multimedia – Prishtina. The show is, of course, fully charged with symbolic meanings, easily readable: Serbian and Kosovar Albanian actors who talk to each other; they understand each other; they decide to cooperate despite the obvious inter-ethnic state of affairs; they indeed actualize their cooperation and perform Romeo and Juliet together. Serbs and the Capulets, Kosovar Albanians and the Montagues. Two families in an irreconcilable blood feud, two ethnic groups in a historical blood feud. But unlike Romeo, Kosovar Albanian Montague actors did not enter the courtyard of Narodno pozorište hiding from Serbian Capulets who wanted to kill them. Indeed, the Capulet Serbian Government is one of the financial contributors to such a romantic meeting – together with the Montague Kosovo Government and a bunch of international bodies – and they are also the legitimate hosts of such a meeting.

This way, if the barriers that exist among the two ethnic groups are not being challenged by a spontaneous movement against the grain, but instead are being supported by those responsible for the creation of barriers, are we really dealing with an initiation ritual that marks the beginning of the end of ethnic hatred and prejudice?

Just a small reminder: A few days ago, the Serbian Appeals Court threw out the decision of the Court of First Degree against the Sakali members who committed massacres against Kosovar Albanians civilians 16 years ago. They were found not guilty, and were freed.

People reading these lines will probably wonder, “how can Armanda Hysa, alias Anthro Al, be so unenthusiastic and ironical about such an important event, when she has been voicing the need for Albanian-Serbian friendship and reconciliation for some time now?”

Indeed, I love the idea in itself: artists cooperating and engaging in common projects. Every single project ideated and implemented by Jeton Neziraj and Qendra Multimedia, with Sasa Ilic and Beton (supplement of Danas), has been wonderful. Now we have contemporary Serbian authors translated in Albanian and contemporary Albanian authors translated in Serbian. They are there, and today or tomorrow, or in some distant future, this remains a step towards knowing each others’ cultures. I love the fact that Romeo and Juliet is now performed in a bilingual show by artists of both countries. What I can’t really stand is all the propaganda surrounding the event. Because our Romeos and Juliets are not really Romeos and Juliets. They have not fallen in love with each other and are not fighting against their families just to be together. And certainly they do not mean to die for each other (thank God for that — no more deaths). They are instead arranged couples, catching the right moment, using the right language for sponsorship, and have absolutely zero impact on the wider public. The drone at the Serbia-Albania football match in October of last year proved it to us, the irresponsible speech of Rama in Belgrade and the reactions afterwards proved it to us, and we will have more proof in a few months. If we don’t have it in May, with Vucic’s visit to Tirana, then we will certainly have it in September with the football rematch.

I do not want to make assumptions about the sincerity of the actors engaged in such an action – far from it. But I hope to someday see much more cooperation with far fewer costs, and not in Belgrade or Prishtina, but at the Park Mira (the Park of Peace) at the dividing Mitrovica bridge, on an open stage. Let the money go to the security guys, but let the people see with their own eyes Albanian Romeos falling in love with Serbian Juliets, or the other way around. That would really be an effort aimed at “challenging barriers” and “building bridges”. Until then, Romeo and Juliet will just be make up on the dead body of normal ethnic relations.

P.S. I hope that actor Miki Manojlivic will understand that talking about “our National Theater, our common house”, for both Serbs and Kosovar Albanians, risks ruining even this expensive makeup for the dead.

The original version of this text was published on Armanda Kodra Hysa’s website. She has generously given us permission to republish it here. 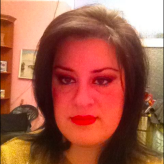 Armanda Hysa (Kodra), anthropologist from Tirana, works in the fields of comparative Balkan studies, urban history, and ethnic relations in the Balkans. She has conducted research on the legacy of the Ottoman bazaar and works at the Institute of Cultural Anthropology, Center of Albanian Studies in Tirana. Between 2012 – 2014 she was a research fellow at the School of Slavonic and East European Studies in London, where she won the Alexander Nash scholarship for Albanian Studies. She is researching the reasons for the rise in Albanian nationalism in the Balkans and cross-border exchanges, with an emphasis on the recent phenomenon of mixed Serbian-Albanian marriages.