Each year thousands of Afghani refugees travel from Kabul to Athens without a passport. They hike across the Dashti Margo desert until they reach Zahendan in Iran. Following a 22-hour bus to Tehran, they make an 18-hour journey to Urmia in northeast Kurdistan. They skirt the Turkish border patrols by hiking through the Anti-Taurus Mountains or laying in the cargo hold of a tractor-trailer. From Istanbul they hire a Turkish smuggler to pilot a nighttime caique to the Greek island of Mytilini (2,500 euros per person). Alternatively, they ford the Hebrus River by hovercraft (3,000 euros per person).

According to a 2013 EU report on migration management, Greece is home to 52,334 refugees currently eligible for asylum. The majority of these immigrants are Sunni Syrians, Afghans and Syrian and Turkish Kurds. Greece prefers to leave these asylum seekers to their own devices. The Syrians, Afghans and Kurds join ranks with the estimated 500,000 immigrants illegally living in Greece. To earn money, most wander the streets collecting and selling scraps of metal. They pay for their commodities and housing in cash. They don’t file taxes and receive no financial support from Greece or the European Union.

The Ministry of Public Order fingerprints these immigrants in intermittent roundups. Undocumented immigrants are dispatched to “detention centers” staffed by Greek police. Residents stay upwards of seven months and are denied requests to leave. Conditions are vile. On 11 separate occasions in the last three years, these centers have been condemned by the European Court of Human Rights for failing to conform to standards of basic sanitation. Since 2009, Germany and the Scandinavian countries have refused to comply with the EU’s Dublin II Regulation, which requires countries to deport illegal immigrants back to their point of entry into Europe (in most instances, Greece).

When not detained, these Middle Eastern refugees are very often their own worst enemies. Last September, a Kurdish family uprooted from Aleppo was befriended by two Arab-speakers in the Metaxourgeio neighborhood of Athens. Driven to an abandoned house in east Attica, the family of five was locked inside the property overnight. The following day, their son, Hassan, was held at gunpoint as his father was robbed of his 7,000 euros in life savings.

Following a day spent wandering back to Athens, Hassan and his family took shelter at the Lavrio Refugee Center in southern Attica. Today they are one of approximately 45 Middle Eastern families at the facility, which is divided into neighboring Kurdish and Afghani camps. The Center is operated by the Hellenic Red Cross and has been housing refugees since the Greek Civil War.

The asylum seekers at Lavrio are in the small minority of immigrants attempting to navigate Greece’s naturalization process legally. They have staked their futures on Athens honoring the precincts of the 1951 Geneva Convention, which affords support to anyone who is “outside the country of his nationality and is unable or, owing to such fear, is unwilling to avail himself of the protection of that country.” Recognition of their asylum status would give the refugees unique advantages over other immigrants. They would be granted indefinite stay in the country. They would be able to work legally and receive income-related benefits. They could travel freely to other European Union member states. Their path to Greek citizenship would be streamlined.

Athenian bureaucracy has become the most imposing obstacle to these refugees’ attempts at a new life. Short of being granted their asylum rights, most of the Afghans and Kurds have been stuck in the Lavrio camp for two to six years. The reasons for this delay are imprecise: paperwork, a sclerotic public sector and Greek officials’ inability to differentiate between “legitimate refugees” and immigrants entering Europe for economic reasons. “I know of just 5 families who have been granted legitimate right to asylum in my four years here,” says Vasilis Lyritsis, director of the Lavrio Center.

Greece’s reluctance to process these documents runs beyond the typical bureaucratic incompetence. In cultivating a dysfunctional immigration system, it seems that Greece deliberately re-routes refugee traffic to Italy and the northern Balkans. If so, the policy is working. While the number of documented asylum seekers in Greece has remained consistent each of the past three years, that number has risen by sevenfold in Bulgaria in the last year alone.

The private sector has picked up where the government has proved negligent. Owing to the efforts of Lavrio grocers and charitable Athenians, the Center is able to provide food, shelter, clothing and medical services to its 220 residents. Children are enrolled in the local public schools and learn Greek from the camp tutor. There are daily volleyball matches between the immigrant groups. The Afghan women spend their days eating tangerines and streaming Ariana TV. The Kurdish men chain-drink tea and pore over the Kurdish translation of Trotsky’s autobiography. The camp has a strict policy against drugs and alcohol.

Lavrio may be preferable to the streets of Athens, but it remains a restless purgatory for Afghans and Kurds alike. In order to preserve their pending asylum application, refugees are required to hold valid “red cards” testifying to their immigrant status. These documents must be renewed in Athens every six months. While red cards give asylum seekers permission to stay in Greece, they also deny them the right to travel outside of the country.

The red cards effectively trap the refugees in Greece, keeping them hostage to an unresponsive Ministry of Public Order. Employment opportunities in Lavrio are even less promising than those in Athens. In the summer a handful of men work brief stints picking oranges in the Peloponnese. The women occasionally find jobs as maids in one of the local seaside resorts. In order to purchase the few necessities unprovided for by the Center – cigarettes, cell-phone credit, bus tickets to Athens – the refugees write to their family members in Syria and Afghanistan requesting money.

The only escape from this system is to escape Greece itself. Most Lavrio refugees aspire to live in northern Europe, where refugees are given government housing, monthly allowances and a transparent route to asylum (in September 2013, Sweden granted blanket asylum to all Syrian refugees). But leaving Greece is often more difficult than entering it. Approximately 20-30 Lavrio refugees attempt to migrate to Germany every year. Many share the fate of an Afghan family from Herat that left Lavrio in the middle of the night last month. Travelling to Thessaloniki by bus, the six refugees proceeded northeast by foot. In a field outside Gevgelija, Macedonia, they were captured by border police and escorted back to Greece in a pair of UAZ pickup trucks. They found themselves back in Lavrio two days following their departure.

The less daring of the Lavrio residents stay at the camp under the premise that, once granted their asylum status, they can migrate legally to northern Europe and exploit better labor markets. These are false hopes. By European Union law, refugees granted asylum in Greece cannot work in other member states unless explicitly invited to do so. Such a request is unlikely in the case of the Lavrio residents, most of whom worked as shoe-makers, carpenters and café proprietors in Syria and Afghanistan. Nor do asylum grantees have realistic chances of acquiring Greek citizenship. The Kurdish interpreter at the Lavrio Center speaks Greek, has been paying Greek taxes for nearly a decade and lives in a home with her family in Lavrio. Her application for naturalization – submitted in 2008 – has not yet been granted.

This broken asylum policy is on the verge of collapse. The Lavrio Center is partly funded by the Ministry of Public Order; it is the only refugee center in Greece supported by government resources. In the last year this money has all but ceased to exist. As of November 2013, the Lavrio staff has gone unpaid for 10 months. Residents are currently sustained by food donated to the Center by private donors. Other refugee centers around Greece are equally susceptible to the current economic recession, relying on the contributions of private individuals and underfunded NGOs like the Hellenic Red Cross and the Greek Council for Refugees.

The European Union has allotted Greece a 200 million euro budget to revise its refugee policies by 2020. Instead of being spent on the development of a more efficient immigration bureaucracy, the funding is projected to go towards renovating existing detention centers, the construction of four additional detention facilities and more stringent border control.

Idleness permeates the Lavrio camp. While they remain hopeful of their prospects, the cruel reality of their situation is not lost on the residents. Greece is an acknowledged dead-end. Should they fail to reach northern Europe, some would contemplate a return to the Middle East. The Afghans agree that this can only happen when the Taliban insurgents have been fully routed. For the Kurds, repatriation will only be possible when there exists a Kurdistan to return to. 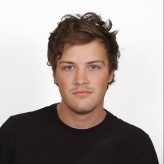 Alexander Clapp is a reporter for the Greek newspaper Kathimerini. He lives in Athens.