When I reflect on it, in one way or another, Kosovo has always been a part of my life. This was so from my earliest days growing up in an immigrant Serb enclave in the American rustbelt. You might say I was immersed in it, though I hardly understood it at the time.

Like just about every other immigrant Serb family, we had a gigantic framed reproduction of Uroš Predić’s singular oil painting “Kosovska Devojka” (The Kosovo Maiden) hanging on a living room wall in our modest American bungalow.

As a kid who was apparently good at memorization and public oration, I’d get handed the longest poem to memorize and recite during our Sunday School’s annual Vidovdan celebration marking the end of the school year. So I was quite familiar with large chunks of the classic epic poems; Boj na Kosovu, Devet Jugovica, Smrt Majke Jugovica and others – the soothing rhythmic cadence of the desetarac carrying me along one word or phrase to the next. One year I even starred as Prince Lazar in the school play, complete with a construction paper black beard glued precariously to my chubby face.

So when the 600-year anniversary of the Battle of Kosovo rolled around in the summer of 1989, in a way it was nothing that out of the ordinary. While I wasn’t in Yugoslavia that year, I do recall what it was like marking that auspicious occasion here in the U.S. as part of the Serb community.

Most notable was the massive celebration in Chicago that summer, which took place just weeks after my high school graduation. With the entire summer before me with nary an idea of what I was going to do, other than try to have “fun” in whatever way a clueless 18-year old defined that, a group of us decided to go check out this celebration we’d been hearing about.

Some older cousins and a mutual friend and I set out for Chicago in a beat-up rental van from Cleveland early one morning before the sun was up. We drove west on Interstate 80 along the Ohio and Indiana turnpikes, through the vast cornfields of northern Indiana. My friend Milan and I, in our full-on heavy metal mode, listened to Metallica’s newest album “… and Justice for All” on our Walkmans on the long drive west.

The festivities were at the picnic grounds of one of the Serbian monasteries just north of Chicago in Third Lake christened New Gračanica. It’s a scaled-up version of the original Gračanica monastery in Kosovo near Pristina built during the reign of King Stefan Milutin in 1321, now a UNESCO World Heritage site.

There were hundreds if not thousands of people there that weekend. And lots and lots of priests and bishops, though I don’t recall going to any church services. There were many speeches given under vast tents in stiflingly hot air, which to an 18-year old was plain boring, and certainly not the reason why we’d come this far. Frankly, what I remember most is doing my best to be “cool” and look attractive to girls.

I can recall being outside in the warm June air, deep into the night, in the back of some hotel parking lot, watching people drink, laugh, dance kolo. Maybe somebody playing an accordion, maybe not. After a greasy meal at some 24-hour diner nearby, we all got to bed just as the sun was rising.

The point of this weekend-long celebration may have been to mark a grand anniversary of a decisive, some would argue the decisive, event in Serbian national history. After all, how often does a 600-year anniversary come along, anyway? It certainly wasn’t to instill Kosovo into some collective Serb consciousness, but rather more to rejuvenate it, since it had always been there, in one way or another through annual Vidovdan celebrations, among other ways.

Unknown to me at the time was the reality on the ground in Kosovo and the long history of the region’s status within Yugoslavia, including the most recent history of the revocation of the province’s autonomy and the crackdown on Albanians in the province. There was also the story of Slobodan Milošević’s rise to power using the issue of the status of Kosovo and Metohija to anoint himself the guardian of the Serbs and Serbian interests within Yugoslavia. Many Serbs did in fact see Milošević as just that – a savior figure. I even recall vividly my parents’ copy of an Ilistrovana Politika magazine with Milošević’s face on the cover from that era.

On the day of Vidovdan itself that year, marking the 600th anniversary of the Battle of Kosovo, Milošević gave his now infamous address at Gazimestan in Kosovo Polje, the site of that 1389 battle. His speech, among other things, served to focus a renewed assertion of Serb national grievances, a kind of wake-up call which only added to Yugoslavia’s growing instability at the time and which only pushed it further onto the path of dissolution and war. In the starkest terms, it may have functioned as a rallying cry to take back what Serbs considered eternally theirs, and to right what they perceived as national wrongs perpetrated against them by their enemies.

For me and my cousins and friends, it was an excuse to get out of town, take a road trip, party, and maybe meet some girls. What else was there to do?

A decade later, by the spring of 1999, on my birthday to be exact, another chapter in the Kosovo story would begin with the NATO bombing of Yugoslavia. That afternoon the headline on MSNBC’s web site screamed “NATO Slams Serbia!”

That first night of the bombing was a blur of anxiety – trying to call family and not able to get through, getting any information we could from domestic cable news and Yugoslav web sites like B92, watching the growing list of targeted cities (Batajnica, Novi Sad, Kragujevac, Podgorica, Priština, Danilovgrad). Finally on the second day I was able to get through to family in Zemun who had just come up from their apartment building’s bomb shelter to try and have some coffee. We settled into a near daily routine of check-ins with family, then going over the list of targets hit the night before – the air defense system headquarters in Zemun on Ulica Cara Dušana, a street I knew well; the Chinese Embassy in Novi Beograd; a bridge over the Danube in Novi Sad.

Those first few days of the bombing saw protests across the U.S., Canada and Europe. Here in Cleveland there were daily protests in the city center on Public Square. Soon, stories appeared in newspapers across the country, grappling with the war as well as their local Serbian and Albanian community’s responses.

For me, there were feelings of genuine anger at the U.S. and NATO policy of bombing Yugoslavia and I wanted to do what I could to stop the bombing and killing taking place. But what? I don’t think I ever really believed that marching and protesting would stop the bombing, but it was the most immediate action I could take. I was also aware of the deep tension in wanting the bombing to stop but also the criminal actions of Milošević’s paramilitary forces and what those forces were doing to Albanian civilians in Kosovo and the humanitarian catastrophe unfolding there daily – paradoxically, largely the result of people fleeing the NATO bombing in Kosovo itself.

Throughout those 78 days in the spring of 1999, this fundamental tension gnawed at me. I thought of an 18-year old nephew, a fresh conscript into the Yugoslav army, sent down to Kosovo to be fodder for NATO bombs. The parallels (and differences) with my own 18-year old self were not lost on me. And yet – there were the Serb paramilitary crimes against Albanian civilians, which even the Serbian Patriarch Pavle had noted, saying the “Serbian nation’s soul is stained with Albanian blood.”[i]

Of course, as many have pointed out, what characterizes so much of the memory politics of the region when it comes to crimes and atrocities between different ethnic groups is a sort of convenient forgetting. As the poet Charles Simic has noted about the early days of the breakup of Yugoslavia, “Every nationality had a sob story and denied the evil they had done to others.”[ii] And of course, that is the central role of any state involved in crimes against humanity. Simic calls it the rule of the propagandist: “… you must never show what we did, but only what the other side did to us.”[iii]

My despair and frustration found a companion years later in a musing of Ivo Andrić’s on Yugoslavia:

This nation has suffered too much from disorder, violence and injustice and is too used to bearing them with a muffled grumble, or else rebelling against them, according to the times and circumstances. Our people’s lives pass, bitter and empty, among malicious, vengeful thoughts and periodic revolts. To anything else, they are insensitive and inaccessible. One sometimes wonders whether the spirit of the majority of the Balkan peoples has not been forever poisoned and that, perhaps they will never again be able to do anything other than suffer violence, or inflict it.[iv]

But even here I was of two minds. On the one hand I wanted to say “Yes, of course he’s right,” to admit that nobody had ever so succinctly defined this dark, latent spirit of the Balkans and its traumatized people. And yet, I wanted to push back, noting that the future is malleable, fatalism is cheap and indecent and robs us all of human dignity and the freedom to imagine and bring about a better world for ourselves and our children.

But I also know this. When my uncle visited us in the summer of 1989 and got to see his nephew graduate high school, I remember him telling me about an Albanian baker in their neighborhood near Belgrade. He shared with us a few Albanian phrases he’d picked up from his baker friend. I don’t remember what those phrases were, but I do recall him relishing the fact that he knew a few words he could show off to us, perhaps. He was clearly amused and delighted.

Thinking back on it now, I see how in that small exchange what he conveyed to me, intentionally or not, was a genuine interest in people and customs and languages not one’s own, as a way to connect with other people. In hindsight, I see that that small incident stuck with me and perhaps shaped me in ways I didn’t understand at the time. But perhaps most importantly what it didn’t convey was a trace of hatred nor prejudice of any kind.

I wonder about that now – wonder about the growing normalization of hatred and intimidation and violence that is rising all around us. As of now, Serbia-Kosovo relations remain in a mostly frozen state. What the future holds for that beautiful but dysfunctional corner of the world may be anybody’s guess. What it needs more than anything is peace and healing. If only its inhabitants can make it so. 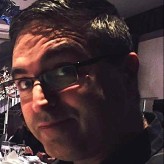