2014 in its entirety, has given us at Balkanist, and all of our readers qua community, reason to pause and consider the politics of performance and spectacle. The speed with which events transpired have at many times eclipsed our capacity to respond to them in terms equivalent to their magnitude, incapacitating us as critics and rendering us mere spectators. Mass political activity, in the Balkans and in our post-Soviet neighborhood, retains the world’s attention through a concentrated media focus. On the level of human events, they act as a force for social atomization, conjuring up conflict, and sowing discord. War in Ukraine, a military parade for Putin in Belgrade, airplanes shot down from clear blue skies with impunity, hovering drones, historic floods, and the freeing of a sociopathic war criminal from the Hague’s prisons into the streets of Belgrade. These events, ranging in origin, were quickly engineered or manipulated as spectacles or political performances by elites. The collateral damage is varied, including human life itself, democratic politics, and of course that old-fashioned notion of human rights. It is difficult to say whether, and how, a convivial politics will manifest in the space of so much shock, and under systems of political retribution and censorship that is so widespread across regions.

Though 2014 is now behind us and the future remains opaque, there are inspiring moments of relational coming-together and mass resistance we may recall. From this year’s early days of historic, unprecedented protests and plena in Bosnia, or in recent weeks, cries for the recognition that Black Lives Matter, civic-oriented political practice is far from mute or invisible. In Sarajevo and Berkeley alike, human beings have physically shut down cities to claim, quite daringly, that justice must somehow find a way. To this end, from Tuzla to Mexico City, from Ferguson to New York, from Hong Kong to Kyiv, human bodies have come together as form. They march, they move in formation and as protective layers, they lay in the streets in the form of murdered fellow citizens. This articulation of the body politic through physical embodiment powerfully galvanizes a strain of counter-narratives in a display of grand social support for victims. All of this evidences counter practices to the deeply cynical behavior characterizing this very grim year. They allow us to consider how the vocal acknowledgment of communities, and practices of everyday life as protest or discourse act as a permit. Such license allows for systems of deeply needed human support in spaces where it has atrophied, broken, or where we may not have thought they existed previously.

The aforementioned events are distinct manifestations of solidarity, and yet there is something more at work in their power. In thinking about the process of solidarity, and the aesthetics of political visibility, we’ve brought out a passage from Berkeley scholar, Dr. Shannon Jackson, in her book, Social Works: Performing Art, Supporting Publics (2011). Allow us to digress a bit into some therapeutic words about art, so that we may help to make sense of our life and work. Jackson’s project questions the origins, limits, inclusions, and expansions on the notion of ‘social practice’ in the terrain of both art and life – indeed, neither of these is distinct, and they are fundamentally mutual and interdependent.  Prefiguring social practice is the work involved in performance, and its disavowal of the fictive claim that any work, artistic or political, is autonomous.  Crucial to Dr. Jackson’s expanded definition of performance is the genealogy of one of its crucial means – that of “support” and its origins. We offer Dr. Jackson’s words here:

“From 1382, we find: ‘To bear, to hold up, to prop up; To endure without opposition or resistance; to bear with, put up with, tolerate.’ These words have a structural association that is literal, to ‘hold up,’ and that suggests a more metaphorical association that is social — ‘to bear with.’ […]There is a temporal commitment implied in this holding and this bearing, an ‘enduring’ that will be ongoing. Interestingly, this enduring is also tolerant and resigned; in fact, a tolerating that might well be what it means to offer enduring support. To support is to hold up” without opposition or resistance,” implying a kind of promise to bear however unbearable the task becomes. By 1686, more definitions and associations start to augment the social character of the supporting act, ongoing acts whose descriptions use the gerund verb form. As the OED chronicles, it is defined then as: “The action of keeping from falling, exhaustion, or perishing, especially the supplying a living thing with what us necessary for subsistence; the maintenance of life [1686]. The subtle differences between ‘holding up’ and ‘keeping from falling’ emphasizes the fragility and indeed gravitational vulnerability of the thing held, making clear what would happen if it was withdrawn. But now there is more sentient possibility in the thing propped up and, by extension, more metaphoric kinds of falling; it might ‘exhaust’, or ‘perish,’ implying in turn the need to compensate for the literal pull of gravity. Indeed, the propped up object is now very possibly a living thing, one whose subsistence depends upon a range of necessities that imply a range of actions –feeding, cleaning, watering, etc. […] That lateralized, dynamic expansion of supporting actions is necessary to sustain an entity that seems to be, for all intents and purposes, ‘living.’ Living beings, in fact, need their run crews.”[1]

Jackson’s words cast into relief the support in which we have been all deeply imbricated throughout this most chaotic year. It may seem like a commonplace, or just a činjenica, in charting this genealogy of support. But for the Balkans, or any region in the world in a state of precarious politics or society, Jackson’s words offer one articulation of maintaining life in the most dire of situations (see: aforementioned protests). Support, as Jackson’s genealogy explains, is a process distributed across time, enacted through repetition and affirmation of life. It grows and changes as ‘the social’ necessitates.

Notations on “support” bring into question not only why Balkanist operates, but how it operates. This publication cannot, of course, lay claim to an immediate, positive movement of events. Balkanist attempts to absorb the shock of events, and translate these feelings beyond a state of paralysis, avoiding Jackson’s stated, ‘metaphoric forms of falling.’ So too can it act as a space of support and the opening of dialogue as the news and stories we all hold within common interest seek a space to grow and claim their own particular contours. We hope that you remain part of our community. The label we ascribe to the Balkanist — as assemblage, as community, as social practice — is less critical than its modes of operation in this era of crises and transformations. Looking to the beginning of the New Year and moving forward, we anticipate to hear/read your voices, and see more of your connections with us and with others, simply grow. It is a commitment to the creation of systems of support, within and outside of this publication, that are our ambition. These ways allow us to work meaningfully in the face of what we have experienced, and that which is to come. We will move along and continue the fight. Providing you with information is one of the Balkanist’s missions, but so is a place of being together. We hope this feeling and elaborate, vibrant process of support remain and endure.

Happy New Year to all! We’re here, admittedly a bit battered and worse for wear, but still fighting. 2015 is here. Samo napred! 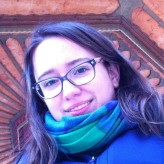 Sonja Srdanovic is a graduate student in the History of Art at Tufts University.