After it was over, a new Kingdom of Yugoslavia was patched together from the Balkan fragments of the Austro-Hungarian Empire and the Kingdom of Serbia and Montenegro. Serbian kings of the Karađorđević dynasty ruled Bosnia and Turkish influence faded as Greece and Bulgaria separated Yugoslavia from Istanbul. Still, the music played on. The machine age had a profound influence: the gramophone spread across the country, eliding regional distinctions and providing models for up-and-coming sevdah singers. Professor Karača Beljak notes that the Roma style dominated the era, when travelling pub musicians sang sevdah to the accompaniment of piano, tambourine, violin and accordion.

War returned in 1941 on an industrial scale. Nazi Germany bombed Belgrade in the spring, and a quick capitulation set the stage for a long civil war, as fighting between a kaleidoscope of forces raged for another four years. Croatian fascists killed Serbs and Jews in camps and villages, Serbian royalists massacred Croats and Muslims, and Nazi atrocities added to the total. When it was over, more than a million soldiers and civilians lay dead; ethnic divisions were raw. Unifying the warring ethnic groups was impossible, but somehow Tito managed, ushering in his era by killing as many as a quarter of a million opponents and maintaining control through a secret police force and a powerful personality cult. More than three decades after his death, the cult lives on.

In a restaurant in Sarajevo, I look up from my table to catch him staring at me from behind a pair of gold rimmed sun glasses, wearing the white uniform festooned with gold brocade epaulettes and cap that marked his late period. I look closer at the old photo on the calendar to check the date, and realize it says March, 2013. Later in Mostar, closer to the Croatian border, I haggle over a small bronze statue.

“Do you know who it is?” the long-haired seller asks me. Without waiting for an answer, he continues. “That is Tito, our last great leader. Not like today, not like the politicians of today.”

He points his thumb downward and we conclude the sale for 20 euros.

In order to encourage cohesion among the fractious ethnic groups, Tito transformed the Communists’ wartime slogan of “Brotherhood and Unity,” into policy, apportioning jobs among the different nationalities and promoting local culture and entertainment. In Sarajevo, this meant sevdah. Centered around Radio Sarajevo, which began broadcasting on April 10, 1945, four days after Tito’s Partisans liberated the city, the Communist era ushered in the genre’s golden age, attracting musicians from across Yugoslavia. The core of the group consisted of Bosnian Muslims such as Safet Isović and Zaim Imamović, but it also included outsiders such as Serbia’s Nada Mamula and Jovica Petković. Radio was still a novelty in the region, and stars such as Imamović were so popular that, according to legend, it was not uncommon for buyers to ask for one of the receivers “with Zaim’s songs inside.”

Radio Sarajevo had its own orchestra, and Damir Imamović, Zaim’s grandson, recalls that limited studio time put tremendous pressure on the singers to record quickly, without the possibility for numerous takes. Sometimes, they had to record up to 30 45s per week, making it necessary to write arrangements for 60 songs. Inevitably, a simplified and homogenized sound emerged.

“The Radio Sarajevo and the Radio Sarajevo Orchestra literally is a machine that took all the different smaller influences, local repertoires, local genres, local ways of singing, of playing saz and merged it all in a big repertoire,” he said. “In a way it is similar with what happened with the blues for the record industry.”

The music factory was a success. Stars sold out concert halls in Yugoslavia and toured abroad, sometimes travelling with Tito on official delegations. After his death, in 1980, the music’s popularity began to fade as the singers and its core audience aged. The economy nosedived and the political situation became increasingly tense; some of the big names, Petković and legendary Roma singer Ljiljana Buttler, moved abroad.

Billions of foreign debt and hyperinflation in the late 1980s were the first cracks to appear in socialist Yugoslavia. Nationalist politicians provided the necessary tremors to send the edifice crumbling down, and by 1991 armies were marching in the Balkans. War did not come to Bosnia until the following year, when Serb paramilitaries backed by the Yugoslav People’s Army began to terrorize Muslims in provincial towns. In April, Sarajevo was surrounded and cut off from the world, the start of the siege that lasted until 1996. Five centuries of Bosnian culture, an entire people, stared into the abyss. Refugees poured into Western Europe, carrying few possessions and many dark tales. They told of ethnic cleansing and the destruction of centuries-old mosques in Banja Luka, Travnik and the other historically Ottoman settlements. In Banja Luka’s ethnographic museum, extremists censored the music archive, removing all the old sevdalinke scores with Ottoman melodies or too many Turkish words.

No one knew what the future would hold as the television cameras rolled, filming desperate Sarajevans standing in line for clean water, dashing across empty streets under sniper fire or chopping the city’s trees into firewood. These macabre cable news staples were real life for those determined to stay and the unfortunate, who could not afford to pay smugglers to get them out, or lacked the connections required to slip onto U.N. flights. Instead, their names were entered on endless waiting lists for convoys run by international aid groups that drove out of the city into the unknown. Women and children had priority, families split apart. The pale-faced stares on the refugee buses preparing to depart Sarajevo still haunt the Internet.

Radicals were on the rise, issuing sound bites that seemed to come from another time: “Muslims are genetically spoiled material who converted to Islam. And those genes have been reinforced generation after generation. They have become worse and they dictate and express the Muslim way of thinking and behaving.”

There were internment camps in old factories and mines, and Bosnian Muslims were herded into so-called “U.N. Safe Areas,” which, in the end, were not safe at all.

“I grew up in really shitty circumstances, basements, constant shelling and snipers and shit. That is definitely something I think that would leave a mark on anybody.”

Under threat, Bosnian culture took on greater meaning, and sevdah, by now an unfashionable remnant of the Tito era, was reborn as a symbol of the endangered Muslim community and the lost homeland. Refugees sent messages on Radio Sarajevo to contact relatives and request the old songs, dedicating them to the disappeared. Sevdalinkes featuring the saz were especially popular, recalls Karača Beljak, who worked as a program editor there during the war, sometimes staying two or three days in a row when it was too dangerous to leave the building. In Europe and North America, exile groups gathered to perform, singing about places, Benbašu, or Šeher, the old Ottoman neighborhood in Banja Luka by the Vrbas River, they never expected to see again.

In the bunkers and basements, the war children played guitars and sang sevdah, rock and the old Yugoslav hits. Ad hoc aid groups such as Warsaw’s Polska Akcja Humanitarna and London’s Serious Road Trip took part in peace convoys across the mountains, delivering aid such as medicine and clothing along with somewhat unconventional, but treasured gifts of CDs and music equipment, that allowed them to hold concerts and keep up with the latest trends, and, more importantly, affirmed that they had not been forgotten by the outside world. No one knew what tomorrow might bring and every meeting could be the last; friendship went deep and love was strong.

Text and photos by Alfred Kueppers for Balkanist. Read part I of the three-part series here. 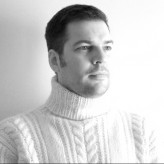