Why do counter-protesters in favour of Gruevski’s government wave around Orthodox crosses, Russian flags, and photos of Putin? A look at the mythic blood ties between Orthodox Slavic peoples, knee-jerk anti-Westernism, and where this fits into Macedonia’s political and identity crisis.

The question of whether Macedonia is moving towards Russia or the West remains open, especially in light of the recent protests. Anti-government demonstrations prompted by leaked tapes of government wrongdoings were countered by protests in support of the ruling parties. While anti-government protests united a breadth of camps and featured Macedonian, Albanian, Serbian, Turkish, and Roma flags, the counter-protests featured almost exclusively Macedonian, Serbian, and Russian flags, as well as Orthodox crosses. For analysts, this split is evidence of the deepening divisions in Macedonian society.

Rubin Zemon, an ethnologist and expert on inter-ethnic issues, said that Macedonians are deeply divided in their views about the future of their country.

“We see two imaginings for Macedonia’s future. One is a civil/liberal model and the other is nationalist and Orthodox. The demonstration on May 17th was a civil/liberal proclamation. There were no party flags, but a number of flags of the various communities living in Macedonia. Speeches were given in multiple languages (Macedonian, Albanian, English, Bulgarian). For the first time in such a large gathering of people there was no outcry or whistle if you spoke Albanian,” said Zemon.

The counter protest on May 18th was quite different. As Zemon recounts, “there were not only party symbols but and religious icons of Orthodox Christianity. Yellow paper crosses, Byzantine church flags, symbols that indicate an Orthodox unity between Serbia, Macedonia, and Russia. The speeches had an almost a warlike rhetoric and threatened everyone who got in the way of Prime Minister Gruevski. I am afraid that these people believe that criticizing the ruling parties would put Orthodoxy in some kind of danger.”

Zemon added that a feeling of connection to Russia could be explained as a reaction to the frustration Macedonians feel towards Euro-Atlantic integration. The strengthening of the Russian economy could strengthen pan-Slavic feelings, even among those Macedonians who until recently laid claim to an ancient Macedonian identity rather than a Slavic one. Additionally, since Russia’s statements regarding the crisis have been mainly supportive of the government, right-oriented voters may be pleased with the implicit support. According to Zemon, the separation of right and left in Macedonia chimes with a broader global division based on cultural identity – “Western” civilization versus the Eastern Orthodox sphere of influence. Indeed, Macedonia is riddled with fault lines: left, right, ancient Macedonian, Slav, Albanian, Muslim, Christian, and so on.

Serif Ajradinoski is the president of the Rumelia-Torbeshian Cultural and Scientific Centre, which represents the Torbesh people of Macedonian – ethnic Macedonian Slavs who converted to Islam during the Ottoman era. He says that what brings together the anti-government protesters is a “false unity” in the sense that they are brought together only in their dislike of Gruevski. In the case of the counter-protests, the display reminded Ajradinoski of the radical pan-Slavism of the 19th century, replete with Orthodox fundamentalism, religious chauvinism, Russian flags, and portraits of Putin. For some Macedonians, the latter implies a defiance of Western powers, the EU, and the USA, though in reality Prime Minister Gruevski’s government is supportive of integration into the EU and NATO.

Dame Lozhankoski, who has been camped outside the government buildings for the past ten days demanding Gruevski’s resignation, believes that the counter rallies and camps have been directly organized by the government rather than spontaneous supporters. He says he will remain in front of the buildings until Gruevski resigns, and hope for a transitional government which will steer the country into new elections.

Authorities in Russia have recently expressed an active interest in the developments in Macedonia. Russia’s Ambassador to Macedonia, Oleg Shcherbak, stressed that Russia is a friend of Macedonia and is concerned about attempts to destabilize the country, which would harm not only its own citizens but the broader region. The first principle of democracy, he said, is respecting the results of elections, pointing out that observers from the Council of Europe and the OSCE, among other international organizations, had recognized Macedonia’s last elections.

Indeed, these seemingly mythic ties between Russia and (some) Macedonians are often nothing more than an alignment of politics and economic interests, rather than purely ideological and religious ties.The ‘mythical Slavdom’ which advocates blood ties between Slav peoples also necessarily implies an anti-Western stance, though Gruevksi and Shcherbak employ the language of liberal democracy to bolster their positions.

In the end, the question of cultural spheres of influence in Macedonia is just as complicated as Macedonian national identity itself, with all of its competing mythologies, histories, ethnicities, religions, and ideologies. 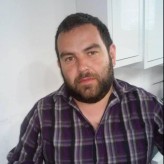