It was ugly, an ugly pile of dirty brownstone pierced by a round beautiful stained glass window surrounded by dozens of stores selling second hand sewing machines from the sidewalk. I first saw that homely church, later to be the Cathedral of St Sava, on my first day in America. It was my personal landmark that remained constant for 65 years until destroyed by a fire last week.

We came as refugees one cold November morning aboard the USS General Taylor, a navy Liberty ship. Our short journey from a Hudson River pier on West 23rd Street to the Arlington Hotel on 25th Street was in the back of a tan Studebaker convertible, courtesy of one of my father’s pre-war friends. The top was down so that the five us and all our worldly belongings could fit.

The Arlington welcomed refugees. It was dirt cheap, and it solicited guests from UNRRA and other religious relief organizations. It was directly across the street from St Sava, which acted as our sponsor to our new country. It was a Serbian-speaking safe port in a foreign land.

In the 1880s, Madison Square was a fashionable and upscale neighborhood. Wall Street’s Trinity Church built a Chapel on 25th Street to give parishioners who had moved uptown a place to worship. By the 1940s, it was a frayed adjunct to Manhattan’s booming garment and fur districts, and the Chapel had been abandoned by its wealthy congregants who had moved further uptown. It was a moribund parish ready to expire.

Before the war, New York’s Serbian community was one of recent immigrants, laborers, blue-collar workers, barbers, and butchers, with the occasional stellar genius, a Nikola Tesla or a Mihajlo Pupin, mixed in. The community struggled to establish a church, and the best it could do was to hold services in a rented second floor social hall with plans to fix up a burned-out tenement for their parish church.

The Second World War changed all that. The Yugoslav Information Center, really the Embassy of the Royal Yugoslav Government-in-Exile, opened at 812 Fifth Avenue. Important visitors of Yugoslavia’s elite who had fled, including King Peter II, came to call. The New York establishment woke up to the fact that there was a Serbia and Serbians worth knowing. When Nikola Tesla died in 1943, his funeral was held at the Cathedral of St John the Divine with Bishop William Manning participating.

In 1944, the Episcopal Diocese of New York unloaded the Trinity Chapel complex, an expensive liability, on a grateful Serbian parish for only $30,000, and that’s how a chapel for rich Protestants became a cathedral for poor Orthodox Serbs.

My father was a close advisor to Draža Mihailović, the wartime Chetnik leader, and a player in “The Great Game” at the end of the Second World War. Peace and the Cold War froze out the losing players, and my father was relegated to playing on a much smaller stage. He campaigned and was elected President of the St Sava’s Church and School Community, an office that he held for many years. The office gave him a platform to continue the fight to restore the monarchy and pre-war democracy, such as it was, to Yugoslavia.

This was the McCarthy decade and that of the red scare, the Cold War. Politics were all important for those that had just fled communism, but Lucifer was right next door. In the heyday of the Madison Square neighborhood, John Jacob Astor – not the original, but rather his grandson – built a mansion directly across 26th Street. A granddaughter married America’s first communist millionaire, who in turn left the property to the Communist Party. That mansion was the party’s headquarters, the home of the party chairman Gus Hall and the editorial offices of The Daily Worker.

Accommodations were made; we ignored them, and they ignored us. That is, until someone firebombed the place and some of the cathedral’s stained glass windows were blown away. Collateral damage was a hard but well-earned lesson for the rights of freedom of speech and political belief.

Other Orthodox churches were in the same boat. The Russians, Ukrainians, Romanians, Bulgarians, and others coalesced around St Sava, then the largest and most prominent Orthodox church. Orthodox Sunday had 8 or more choirs participating with the Don Cossack Choir’s basso profundos rattling the windows and Zinka Milanov, the Metropolitan Opera soprano, hitting the high notes in “Gospodi Pomiluj” [God have Mercy], with hundreds of candles illuminating the services.

The common lot of all immigrants made St Sava equalitarian. Former ambassadors, including the last one to the Court of St. James, sat with plasters and house painters at communal tables for church celebrations. A long time parishioner, a woman with a grade-school education, was the treasurer, even though a Bank of America executive was an active member. The Board of Trustees chaired by a Chase Manhattan Bank vice president boasted a tavern owner from Patterson, a behind-enemy-lines OSS agent, and a plumber from Queens as members.

You may have been just as good as the next guy at St Sava, but everywhere else you were unique. You didn’t celebrate Christmas when others did; you did it a week later, all by yourself, with a couple of days off from school. Your Christmas Eve was not at home singing Christmas carols; it was in St Sava’s courtyard, where a blazing yule log nearly singed you. In fact, you were blessed with two Christmases and often two Easters, and you crossed yourself in your own special way, not like the other guys.

My brother and I were collateral damage for our father’s campaign. We were sacrificed on the altar of Serbdom, dragooned to serve as altar boys – a chore that no teenager wanted. You had to wear a robe and parade about St Sava’s ornate Byzantine Iconostas brandishing a cross, sometimes a candle, or wielding an incense-burning censer. Being the president’s sons, we had to be like Caesar’s wife: beyond reproach, with no boyish escapades allowed. It made you grown-up way too soon, but it did give you ringside seats to momentous events when royalty and important visitors came to call.

Boys grow up and go away, and so did I, but I kept returning to St Sava. I came back for Christmas and the holidays. I was married there one hot July day. Our first grim apartment was across the street above a luncheonette right next door to the Arlington Hotel courtesy of a good word from St Sava’s custodian. Our second was a rent controlled one on the Upper East Side, again courtesy of another parishioner.

We returned to baptize our daughters, and we returned to bury my father with great pomp and circumstance, with hundreds in attendance. My mother and grandmother would drive a hundred miles just to pray, and I would join them. You returned for the mundane, to buy this year’s candle for your Slava’s kolač [cake] and the holy, to light a candle in memory of your mom and dad.

But things change. The sidewalk sewing machines are gone, and trendy restaurants now dot the neighborhood. Eataly, the food hall full of delicacies, has replaced the neighborhood’s long-gone Horn & Hardart Automat. Million dollars lofts and apartments have taken the place of garment factories that once hummed. Yet, as I said, St Sava remained a constant for all these years, until it burned down on Easter Sunday. All that remains is a burned-out hulk. Yet the ruin is defiantly flying two flags, one American the other Serbian, hopefully a sign of resurrection that marked the day of the cathedral’s demise. 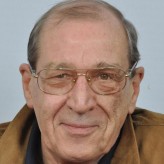 Deyan Ranko Brashich was a parishioner and is the author of Letters from America, Contrary Views and Dispatches. His web site “Contrary Views” and contact are at www.deyanbrashich.com.