We woke up with the hope that everything was really over, that we wouldn’t be opening our eyes to more news of gunfire, bombings, tensions, and possible deaths.

We woke up with many questions in mind: what exactly happened, who exactly did it, and why exactly was it happening now?

We woke up knowing that we have eight policemen dead, houses demolished and burnt, civilians traumatized and internally displaced, and citizens in deep revolt.

Contrary to the hopes of some who attempt to frame all these tensions as ethnic hatreds, we did not wake up hating each other… Well, most of us, anyway. Unlike any other time, we Albanians, Macedonians, Turks, Roma, and Serbs alike woke up with the same questions, disbelief, and suspicion, as well as with the same level of sorrow and mourning, solidarity with the families of victims and displaced families, and rage towards the government.

More than any other time, both Albanians and Macedonians understand that the ethnic card has been used a little too much by the government and political parties. Both groups realize that they should not seek the enemy in each other but in those that harm both ethnicities equally. Both realized that the fight against government oppression could only be won if they are united.

Unfortunately, all of these still unanswered questions leave a lot of space for speculations, stress, and distrust. Judging by the statements of ethnic Albanian friends, there are strong suspicions about the entire incident, and a sense of deep dissatisfaction about the fact that ethnic Albanians often tend to be exploited whenever the government needs distractions from political accountability. As a friend put it, it’s a good thing that Albanians exist in the country – otherwise the government would have had to invent them. Who else would they pass the blame to whenever their ruling hand was shaky? Additionally, Kumanovo residents who’ve been interviewed kept repeating that they do not believe in the ethnic spin of the incidents, and attest that they are being manipulated in order to divert attention from the protests about the wiretapping scandal and the lack of accountability from the government from all its wrongs from 2006 onward. In one viral Facebook video, an ethnic Albanian from Kumanovo argues against the ethnic framing of the armed incident, saying that he has always had good neighborly relations with his Macedonian neighbors and friends. It is becoming clear people in Macedonia increasingly understand that interethnic conflicts benefit only the government and not the people.

A strong frustration is also visible also among ethnic Albanians towards Albanian political parties in Macedonia for being too silent and drawn back, specifically towards  DUI, the party that is a partner of the governing coalition. With the hashtag #weseekresponsibility (alb. #kerkojmepergjegjesi), Albanians sought responsibility from DUI for not being in Kumanovo with their constituency during the past two days of police actions. Even more so, they seek an answer for the total silence of the party and its leader about the upheaval, apart from a call for ‘calm and cold-bloodedness.’  The two MPs from the area who attempted to visit Kumanovo were not welcomed there. To the contrary, they were accused of not doing enough for the population of the afflicted area, who were caught in the midst of the conflict or had had to escape their homes.

During the anti-government protests that have been ongoing since May 5th, the number of Albanian supporters was not as high (though still higher than in any other previous protests). However, after the armed incident in Kumanovo, ethnic Albanians have learned that staying neutral is not an option, given that it leaves them vulnerable to manipulation in future scenarios, where they get the more dangerous end of the deal.  They also learned that in times like these, Albanian political parties are more interested in making political calculations than representing those who elected them. If in the past they stayed neutral in protesting against Gruevski’s regime, they now realize that within that same governmental structure there is also an Albanian partner to blame.

The next few days will be very crucial for the country. We are all very hopeful that there will be some sense within the political elite not to use its citizens for political bargaining, and that we won’t have to wake up again to a new day fearing for our own safety. The stronger we stand together, Albanians and Macedonians alike, the more we hope for a future where we are finally seen as free and equal citizens, with a government that treats us as such. And among the ethnic Albanians, there is a hope that this time, we won’t see a repetition of previous episodes when after an incident, ethnic Albanian citizens (be they children, women, or elderly) are arrested, interrogated, or even accused for something they did not do, just because it fits within the narrative of a certain plot. Unified, Macedonians can confound the easy narratives that seek to manipulate them, turn them against one another, and distract them from government wrongdoing.

Cover photo from a protest in Skopje against police brutality (credit: FOSIM/flickr/creative commons). 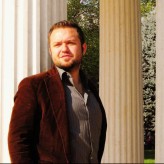 Orhan Ceka is a human rights activist and cofounder of Liberal Alternative Institute. He holds an MA in Human RIghts and Democracy (Sarajevo/Bologna) and an MA in Public Policy (Sabanci University).